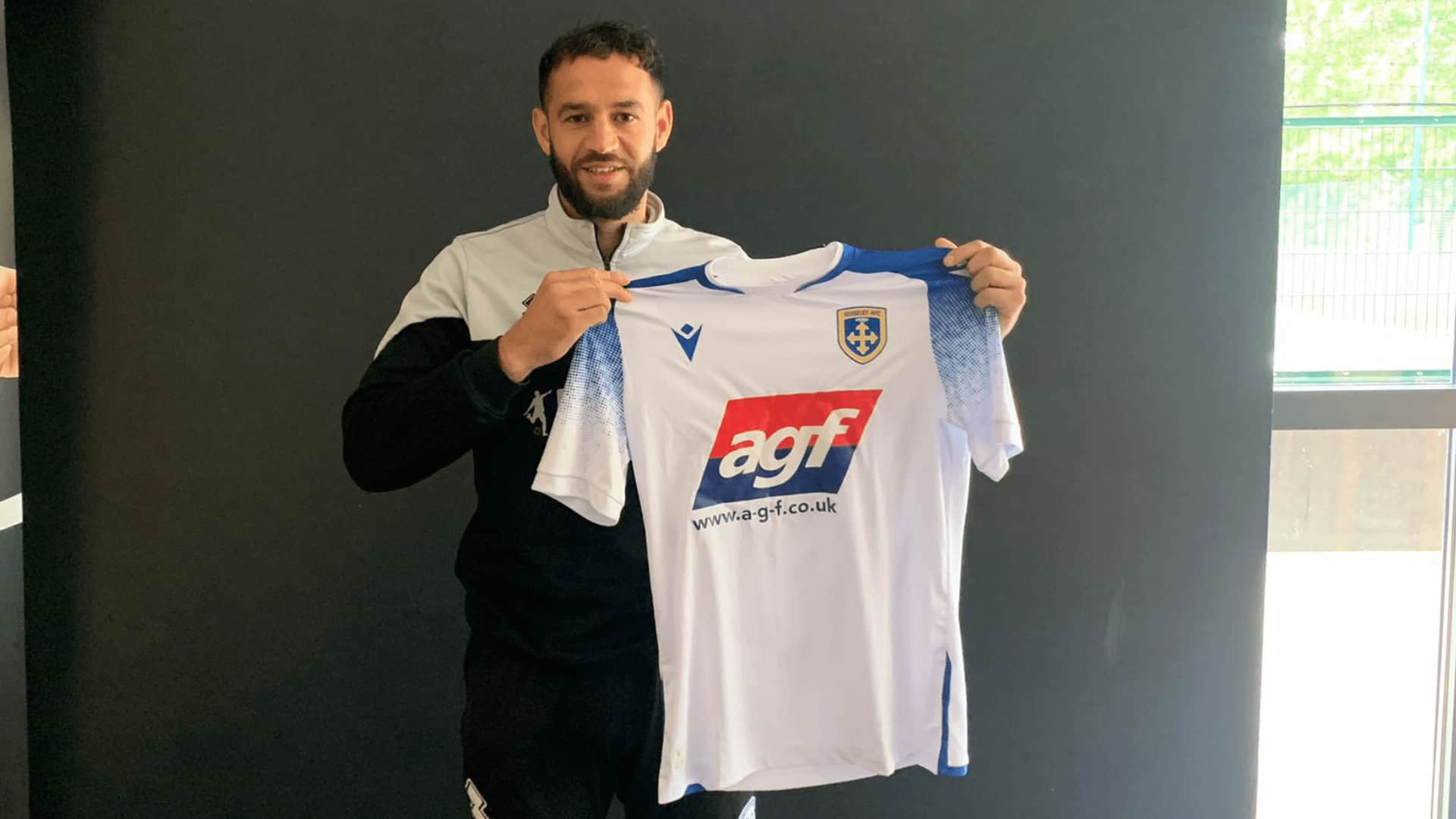 We are delighted to announce the signing of midfielder Luke Dean for Danny Ellis’ seventh new signing of the summer.

Former Bradford City midfielder Luke Dean is looking forward to a new challenge at Guiseley AFC after signing up with The Lions this week, writes Rachel O’Connor.

The 31 year-old Bradford-born player brings with him to Nethermoor a wealth of experience gained at all levels of the game.

Dean spends most of his week coaching in schools and running the Pro Elite Academy along with former Guiseley winger Lee Elam. They run a scholars Academy based at Eccleshill United and Luke admits to holding the work of his new gaffer Danny Ellis, along with that of Dave Currie, with the Guiseley Academy in the highest regard.

He said: “I have come across their work through my coaching with Pro Elite Academy and I have always been impressed. Other clubs in this area are now setting up Academies and it gets harder to attract players but Guiseley have really set the benchmark for the others and will continue to attract players because of their success in this field.

He added: “I am looking forward to playing alongside some of their young lads who have come up from the Academy. I hope to be able to help them progress on the field. We look as if we will have a really good mix and the two Dannys look to have good experience across the squad to help these lads.”

Dean played alongside Guiseley Assistant Manager Danny Forrest at Harrogate Town and knows of the strengths of Danny Ellis as a player, having played against him on many occasions.

The former Whitcliffe Mount schoolboy lives in Gomersal and he started his career with Bradford City as a youth player and signed a three year professional contract when aged 17.

He made his professional debut against Morecambe in 2010 and had loan spells with a number of clubs before joining Harrogate Town on a permanent basis for the 2012-13 season. He moved on to Workington the following season before returning to Harrogate in 2014-15. He then joined Bradford Park Avenue.

Dean had three seasons at Scarborough Athletic under Steve Kittrick and joined Matlock Town when the former Guiseley boss moved there.

The curtailed Covid programme affected him and Dean, like many others, found his appetite for the game diluted by all the problems Covid brought.

He said: “I wasn’t really enjoying it and I took a step back but more recently my best mate Simon Ainge persuaded me to join him at Yorkshire Amateur but it wasn’t really what I was looking for.

“I am now looking forward to this challenge at Guiseley. I have played against them many times in the past and know what a good club they are.

“After speaking to Danny Ellis I was impressed with what he is trying to do at Guiseley. He knows the club inside out having been a player there and then working with the Academy and the Community Foundation for a number of years.

“It is a great club and to be asked to play for two lads who have been there and done that it was a no brainer for me. I want to bring my experience to the team and pass it on to the younger lads. I just want to help move this group of players they are gathering together forward. The management are building a good squad of more local lads and we will be looking to bond and have a great spirit.”

Join Luke at Nethermoor for the 2022/23 campaign with a season ticket, available to order online now here.