Guiseley came close to taking all three points this afternoon against a skilful Altrincham side who took the lead early in the second half only to be pulled back by the Lions who scored two in a ten minute spell before Connor Hampson squared matters at the death.

Following their bruising defeat at the hands of leaders Bradford on Boxing Day the Guiseley management were quick to plug one of the perceived gaps by signing England Under 17 goalkeeper Marcus Dewhurst on loan from Sheffield United. 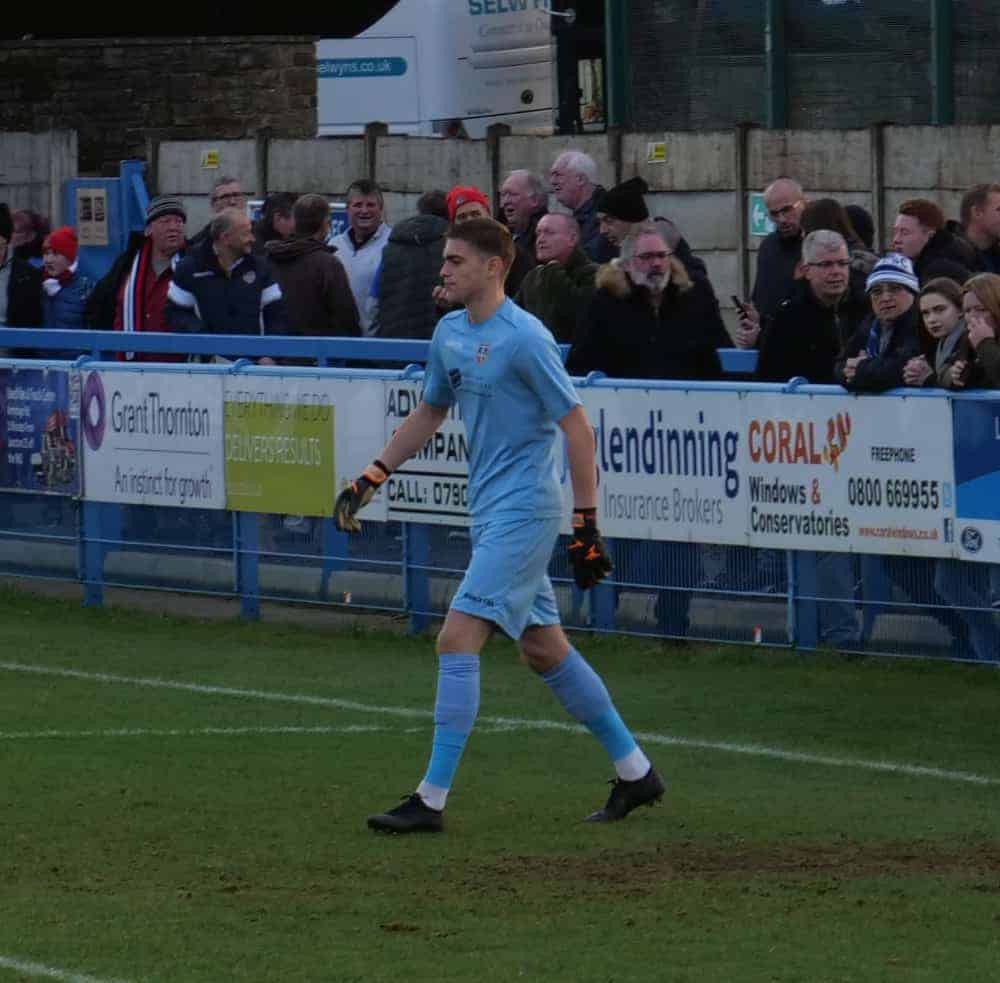 With Cliff Moyo still side-lined through injury Scott Smith continued at right back while Will Thornton returned to the heart of the defence as Alex-Ray Harvey dropped to the bench.

New keeper Dewhurst provided some much-needed confidence as he made two saves in quick succession to deny Joshua Hancock at his near post and then tipped over a looping effort from Ashley Hemmings that threatened to creep under the bar.

The home sides first effort of note came from Rowan Liburd who chased down a weak back pass from James Jones and caught visiting custodian Anthony Thompson in possession but his sliding tackle saw the ball go just wide. 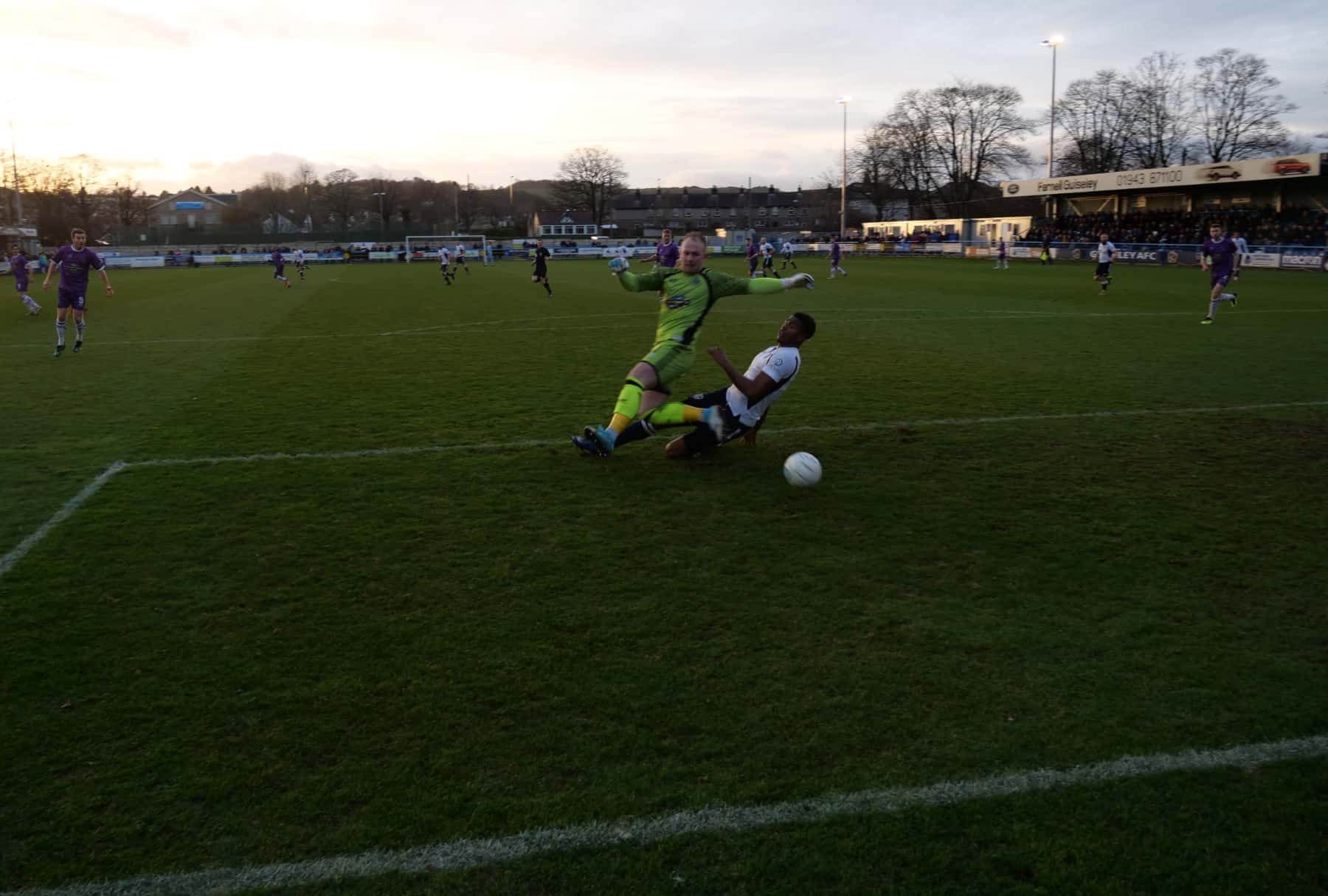 In a game that was turning into a battle of the midfields it was visitors Altrincham who looked the more lively but Louis Walsh was proving to be a constant threat for the home side however, tdespite his persistence the opening just wouldn’t come and so it was goalless going into the break.

The second half picked up where the first had left off as Walsh just failed to find Kaine Felix with his cross.

But six minutes in Alty took the leadin the 51st minute  through Ashley Hemmings who latched on to Jones’ cross after Christopher Song had let the ball run through to him to finish with a shot across Dewhurst into the far corner.

Dewhurst was in action again shortly after as Alty looked to double their advantage, first with a fingertip save from Simon Richman and then blocking the follow up from Hancock.

It was then that the game changed from a home perspective as Kayode Odejayi replaced Louis Walsh to provide some much-needed support for Liburd up front.

Almost immediately the Lions won a corner on the left and despite the referee castigating several players for the pushing and shoving in the six-yard box prior to the corner being taken it was Niall Heaton who delivered a bullet header into the top corner to put the Lions level on 73 minutes. 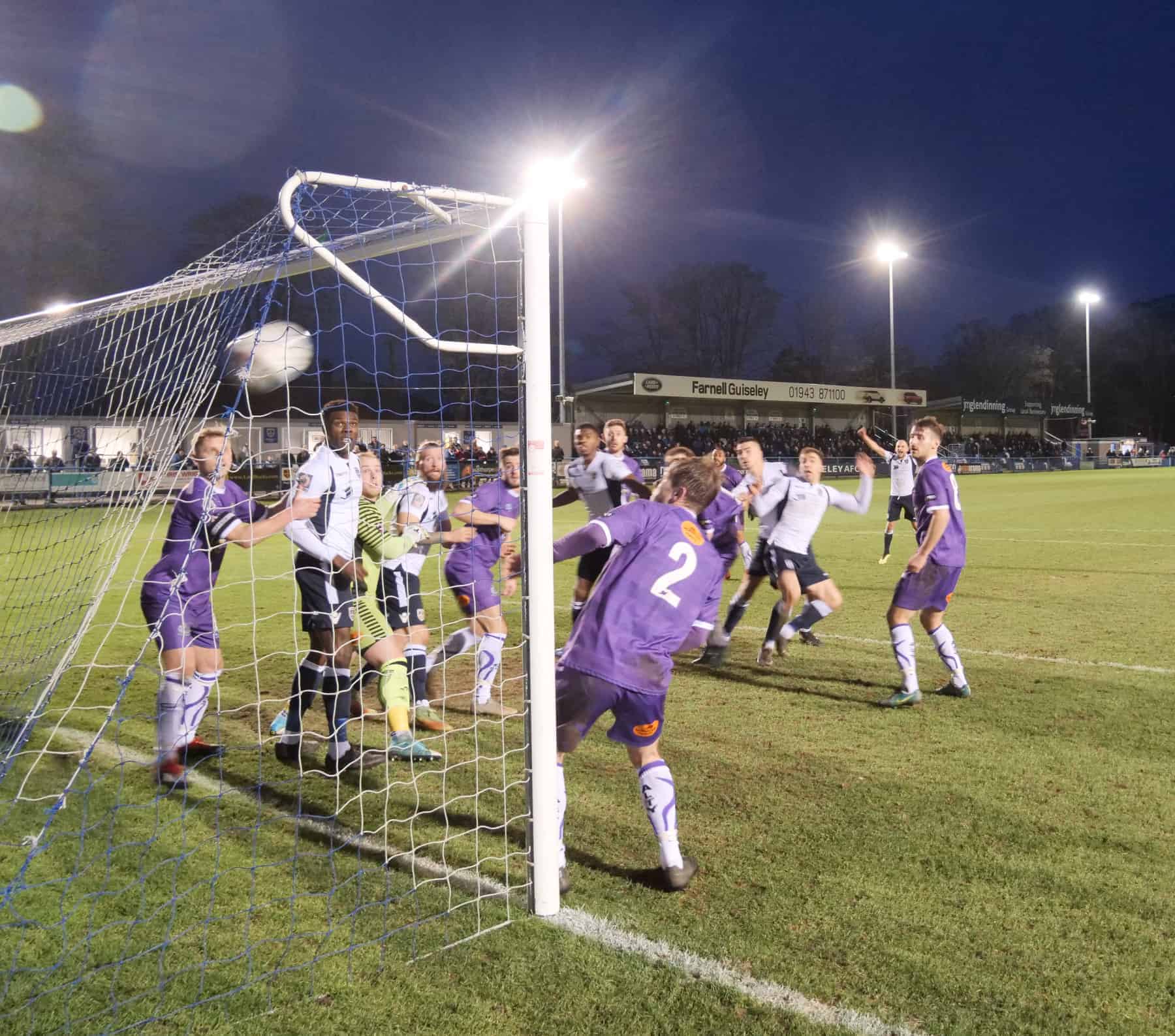 Lewis Walters replaced Kaine Felix as the home side went for broke and Liburd came close but his shot lacked power and Thompson collected.

The ever-dangerous Thompson put a free kick just over the angle  and then somehow managed to hit the bar from six yards out when it looked easier to score much to the relief of the home support.

Having survived these scares Guiseley responded with a sweeping move that saw Liburd bearing down on goal hold off his marker and when Thompson could only parry his shot Will Hatfield followed up to slot the ball past two defenders on the line to give the Lions the lead with six minutes remaining. 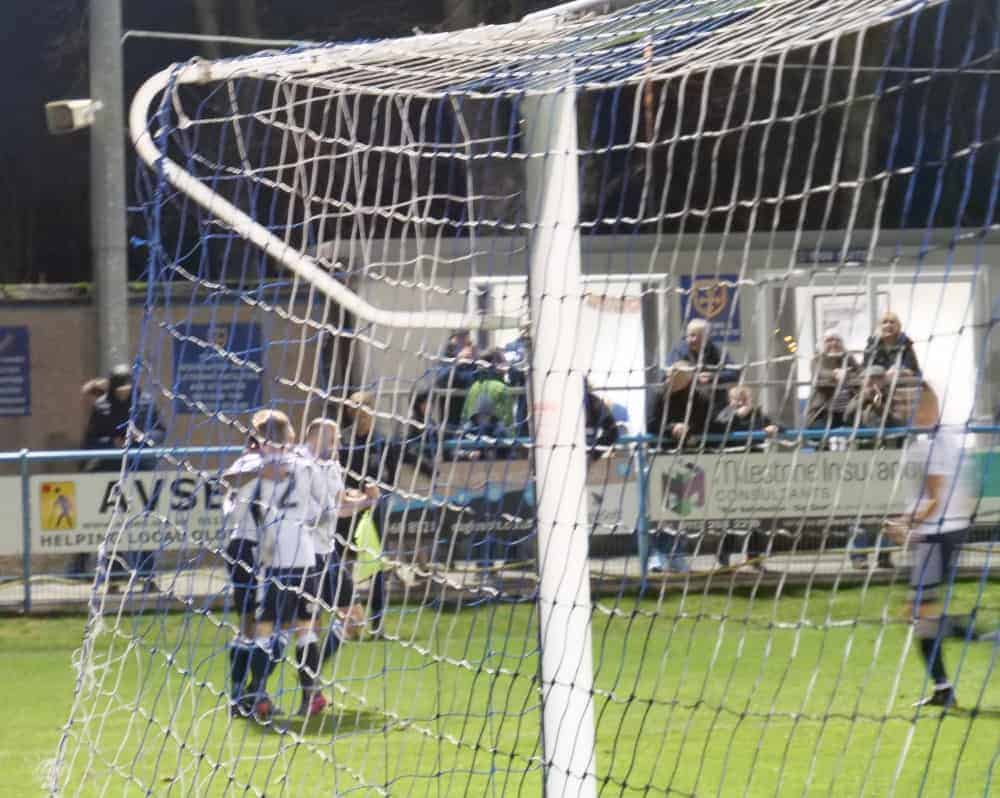 The setback prompted Alty in to action and Hampson finished off a move by firing home from the edge of the area in the 89th minute.

While the performance was a marked improvement on Boxing Day, the fact that the Lions came from behind and nearly triumphed against a team who are in the play-off-off places must give them confidence going into the return  clash at Horsfall against Avenue on New Year’s Day.  A place that has been quite productive for Guiseley teams in the recent past.