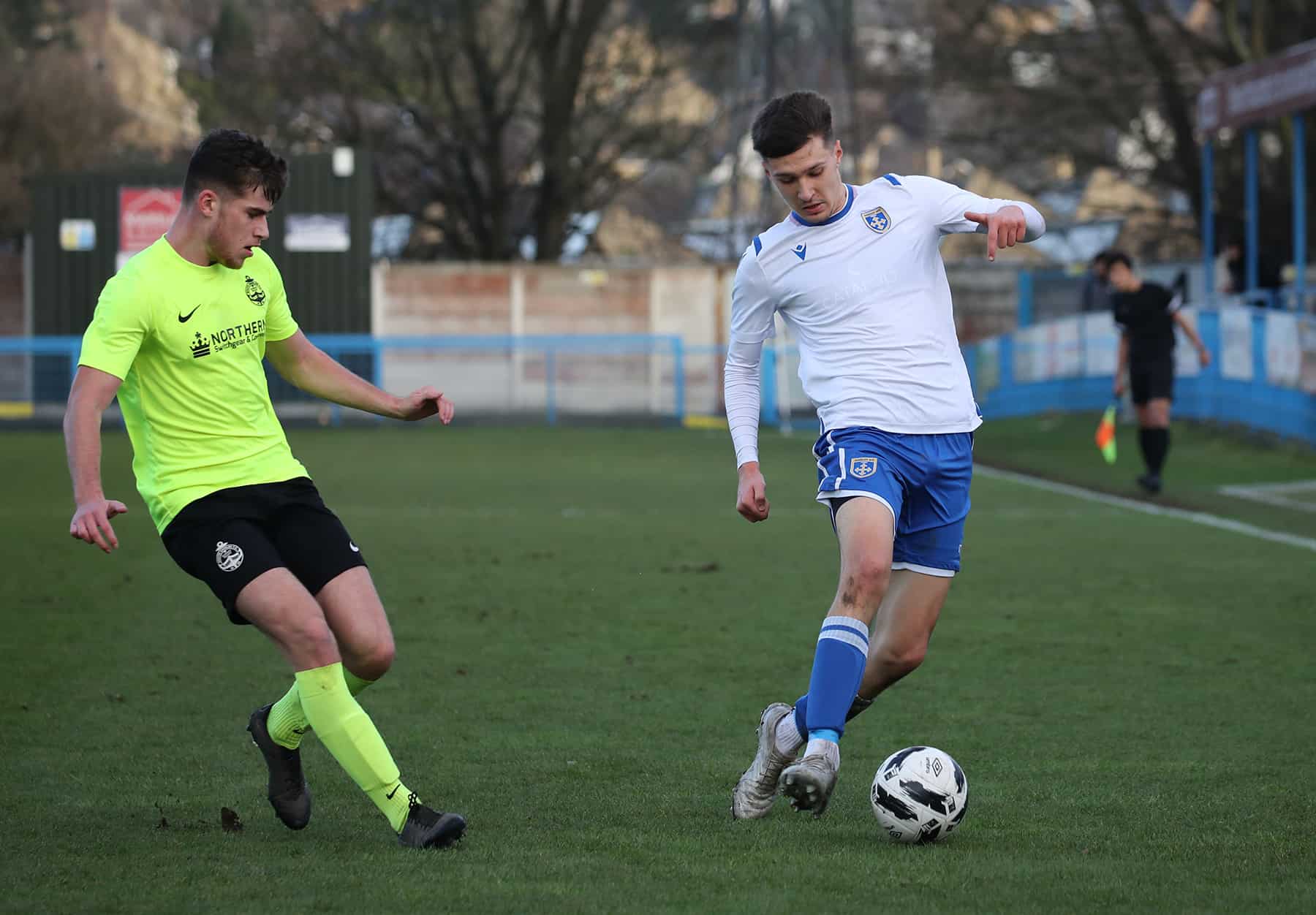 Guiseley went out of the National League Academy Cup at the second round stage when they lost 3-0 to a strong South Shields side at Nethermoor on Wednesday afternoon, writes Rachel O’Connor.

It was only the third defeat of the season in all competitions for Dave Currie’s side, who could have done with the experience and class of Josh Stones, Lewis Hey, Ollie Brown and Oli Metcalfe who all still qualify for Academy football but are currently heavily involved in the first team squad.

Shields dominated much of the game but Guiseley had their chances, particularly in a spell in the second-half when they came into their own. For all their efforts they drew a blank and were dismayed to have two successive appeals for a penalty in the same phase of play turned down by the referee.

Guiseley certainly missed the physical power of Stones up front. He has scored 17 goals in ten games for the Academy this season and later this month he will play for England Schools Under-18s in a series of games.

South Shields came to Guiseley with a reputation as a strong side having provided stern opposition in the past and they did not disappoint. They fired the first shot across Guiseley’s bows but it went high over the bar.

Guiseley ‘keeper Oli Brackenbury was the busier of the two custodians as the sides battled to gain early domination. He made a good save when he pushed a Shields’ chance away for a corner.

It was the lads from the North East however who took the lead in the 35th minute through Joao Gomes. Guiseley played quite well at the back with some good defending all across the line with Thierry Hendrickson at left-back showing up well on his first start of the season.

The score remained at 1-0 up to the break and when the sides returned to the field for the second-half Jakub Hebda had a strike but it lacked power and went wide of the post.

At the other end Brackenbury made a good save before Guiseley began to dominate for a spell. They were unlucky to have the two claims for penalties turned down and their dominance at this stage produced a string of corners but their only real shot on target saw Jakub Hebda’s rising shot brilliantly kept out with a flying save from the Shields’ ‘keeper. This shot came after some quick feet from a trio of Guiseley players in a good move.

Guiseley forced a number of further corners but to no avail and substitutes Jayden John and Miguel Valsau replaced Oliwier Grzelak and Alex Mather as Guiseley tried to increase the pressure.

Guiseley were disheartened when Darren Waldon fired Shields into a 2-0 lead in the 75th minute when the supplier of the cross looked to be off-side. Guiseley tried hard to get back into the game and Dexter Ball’s crossfield pass found Jayden John whose first time shot went just wide of the far post.

Currie made two further substitutions with Ricardo Grey and Sam Meeson replacing Ball and Hendrickson as Guiseley tried to stem a renewed period of attack from their visitors who, in a final flourish, produced a number of close efforts before closing the game out with their third goal. This came from Oscar Taylor who cleverly flicked the ball over Ellis Farrar and into the net. 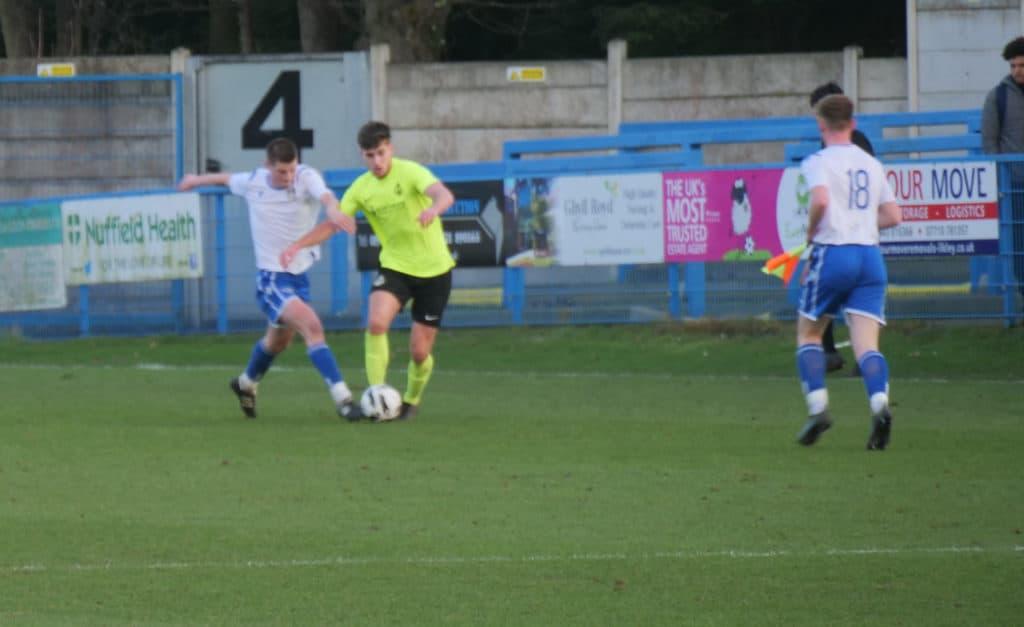 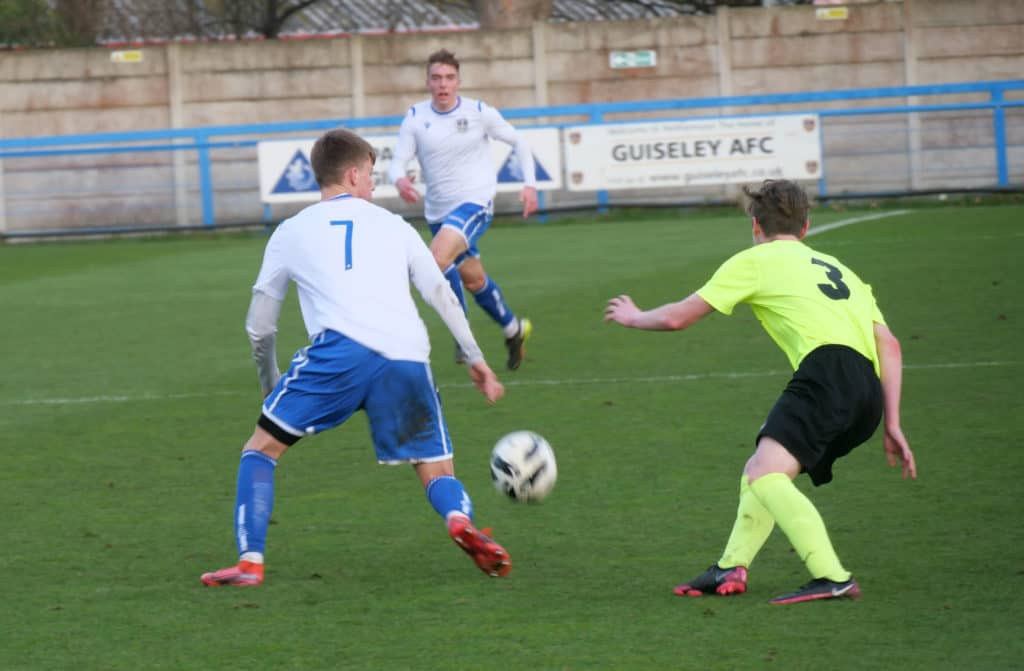 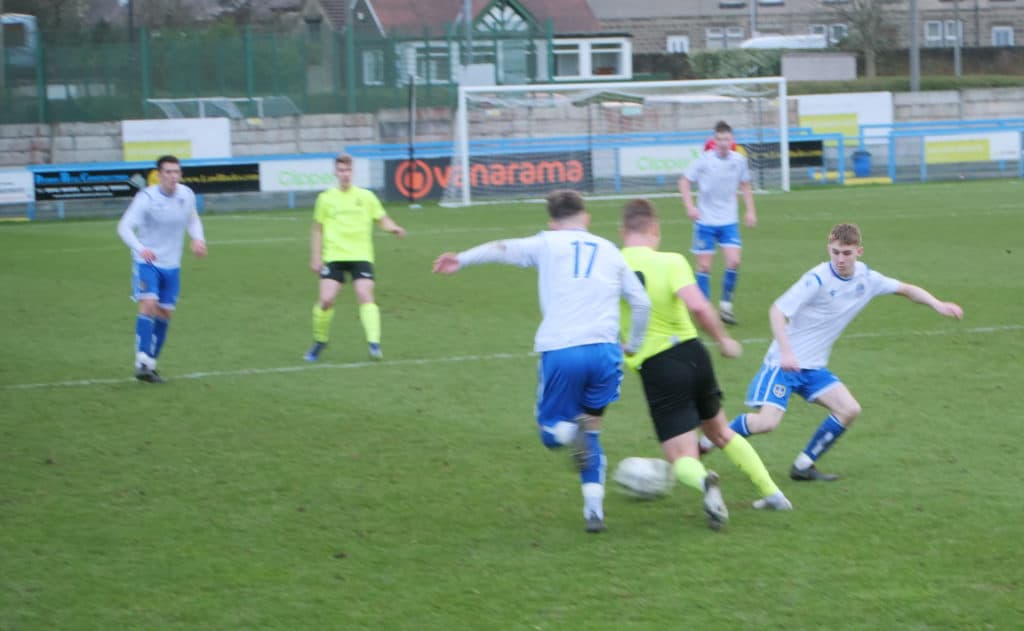