Thank You To Rachel O’Connor 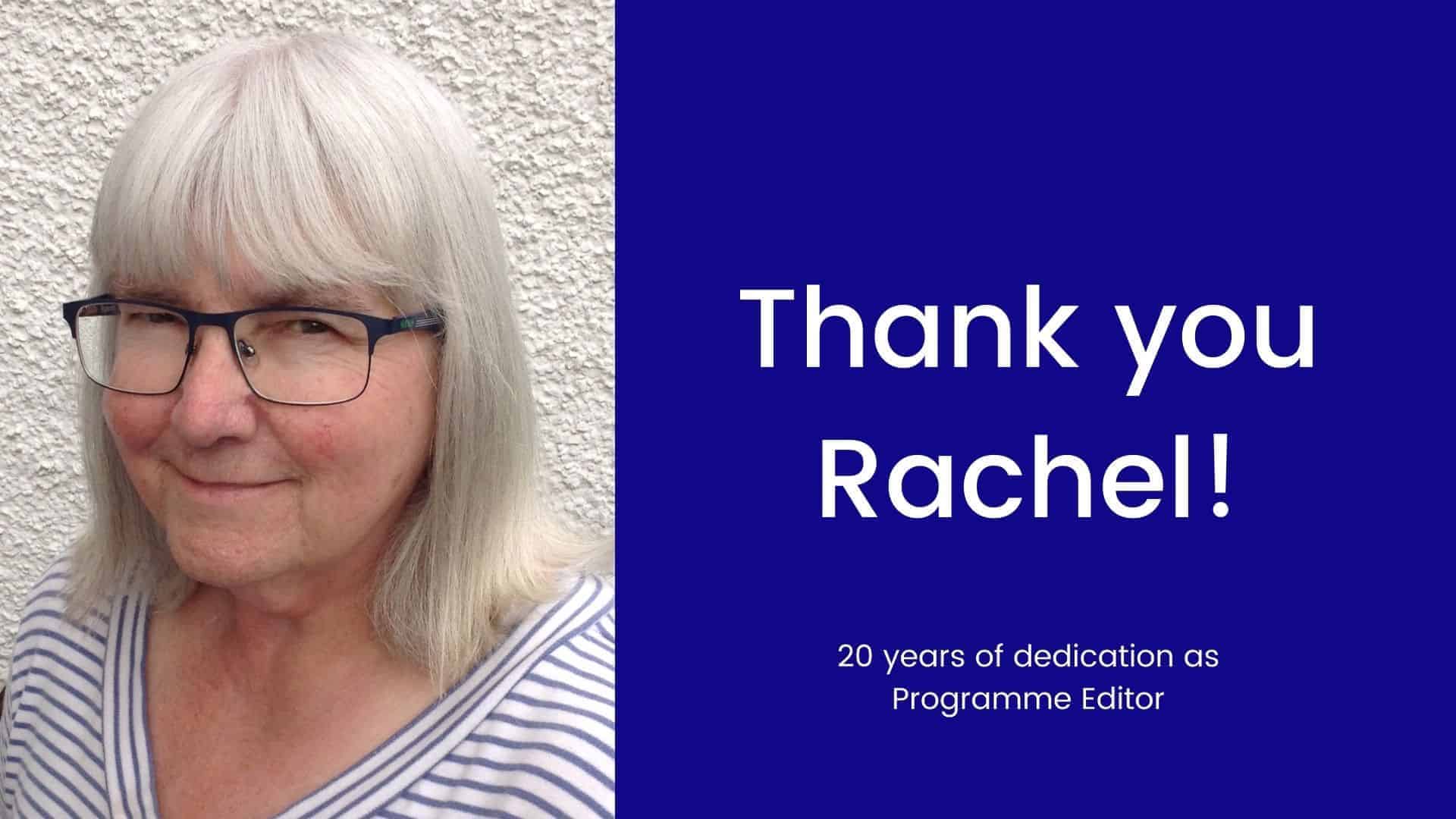 Rachel O’Connor has held a number of roles at the club over the years and we thank her for 20 years work on the programme as she steps down as Programme Editor.

Can you remember what you were doing in August 2001? Rachel O’Connor can, that was when she took over the production of the Guiseley AFC programme and became Programme Editor!

My, how things have changed. When Rachel took on the role, an outer cover was professionally printed for the entire season and the inner inserts were photocopied in the old office. These were collated and stapled by Rachel and the Wednesday Gang – our valiant volunteers who ostensibly help maintain the ground but often get roped into to all sorts. Under Rachel’s stewardship the programme has progressed from self-assembly to digital availability, to a 56 page programme with information and opinion pieces galore. All of which is professionally printed.

The role of Programme Editor sounds quite glamorous, but as we all know, the reality in non-League football is somewhat different, and no two programmes were the same. This might include chasing the contributors – especially the managers, but also the Chairman; layout, order and discovering that technology will always let you down at the worst moment.

The proliferation of social media frequently raises the question of whether a physical programme is relevant in the way we currently access information. As an ex-newspaper journalist Rachel always spoke up for the continuation of the format.

For many football supporters the programme is as much an integral part of a match as the pie and the game.

On behalf of the club and the many thousands of people over the last twenty years who have purchased a programme, we would like to give a huge thanks to Rachel and hope that she will continue to write a column for us. Never fear, Rachel will continue to support the club and will be seen keenly watching every match when she isn’t helping out in the Director’s Lounge.

Rachel continues to be our Press Officer and it won’t be long before she’s writing again!