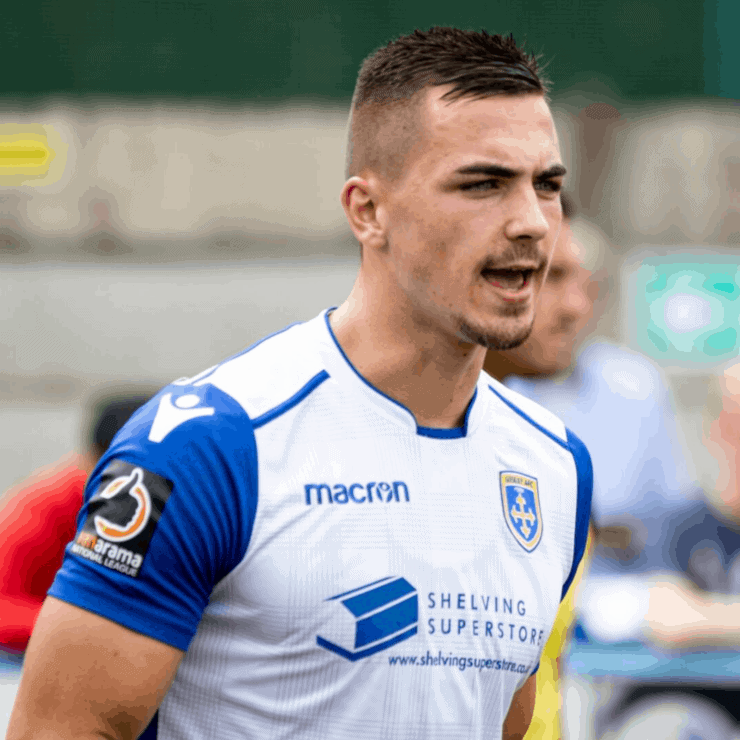 Centre back Will is a product of Dave Currie’s Academy setup.

Thornton made his first team debut in a 0-0 draw at Boreham Wood on 18th March 2017 coming on as a substitute for Elliot Green.

Will was formerly known as Will Wells before changing his name by deed poll before the 2018/19 season.

In his breakthrough 18/19 season Will made 26 starts and eight sub appearances scoring five goals and was rewarded with the club’s first ever Young Player of the Season Award.

On signing his new deal for the 19/20 campaign Will said “Obviously I am delighted to stay with the club. I have been at Guiseley for a while now having come through the Academy and I love it.

“On a personal note I want to keep improving. I will always give 100% for this club, I absolutely love it here and I want to continue learning and improving my performance.”

After suffering a broken jaw in the final pre-season game Will joined Gainsborough Trinity on loan on 1st November 2019, the defender has notched a couple of goals for the Holy Blues and won their December Player of the Month Award.

Recent Posts
Next Match
Follow Us
We use cookies to ensure that we give you the best experience on our website. If you continue to use this site we will assume that you are happy with it.Ok