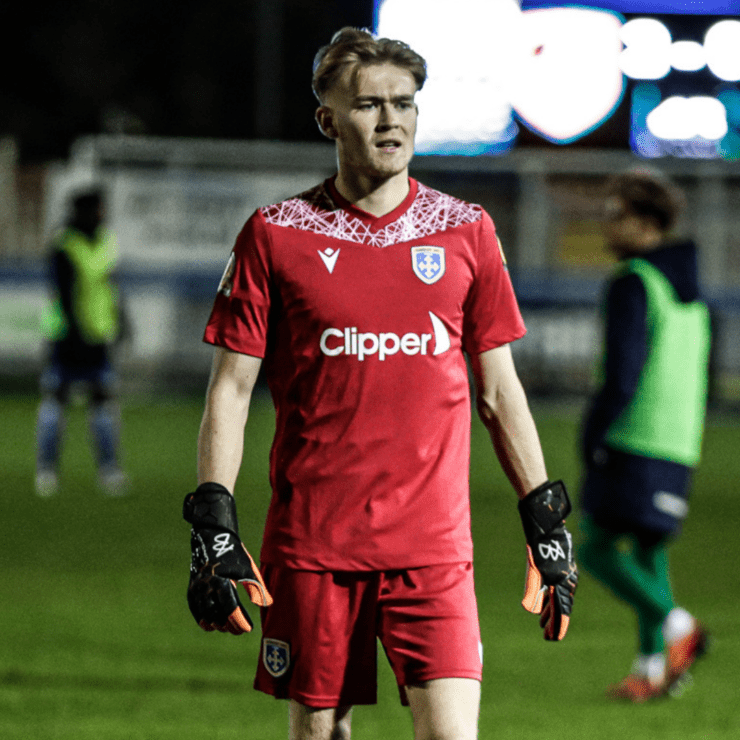 Brad has spent time on loan at Barrow during the 18/19 season but was recalled early to provide competition at Spotland and had a temporary switch at Ramsbottom United in January 2020.

The Gloucestershire born shot stopper is a product of Rochdale’s youth system and featured in three FA Youth Cup campaigns as well as being a vital part of the side that lifted the EFL Youth Alliance League North-West title in the 18/19 campaign.

Wade returned to Rochdale at the end of the, cut short, 19/20 season but signed on loan again for The Lions for the entire 20/21 campaign on 19th September 2020, Brad made seven appearances and kept three clean sheets in his previous spell.