Marcus Bignot On The 20/21 Season So Far 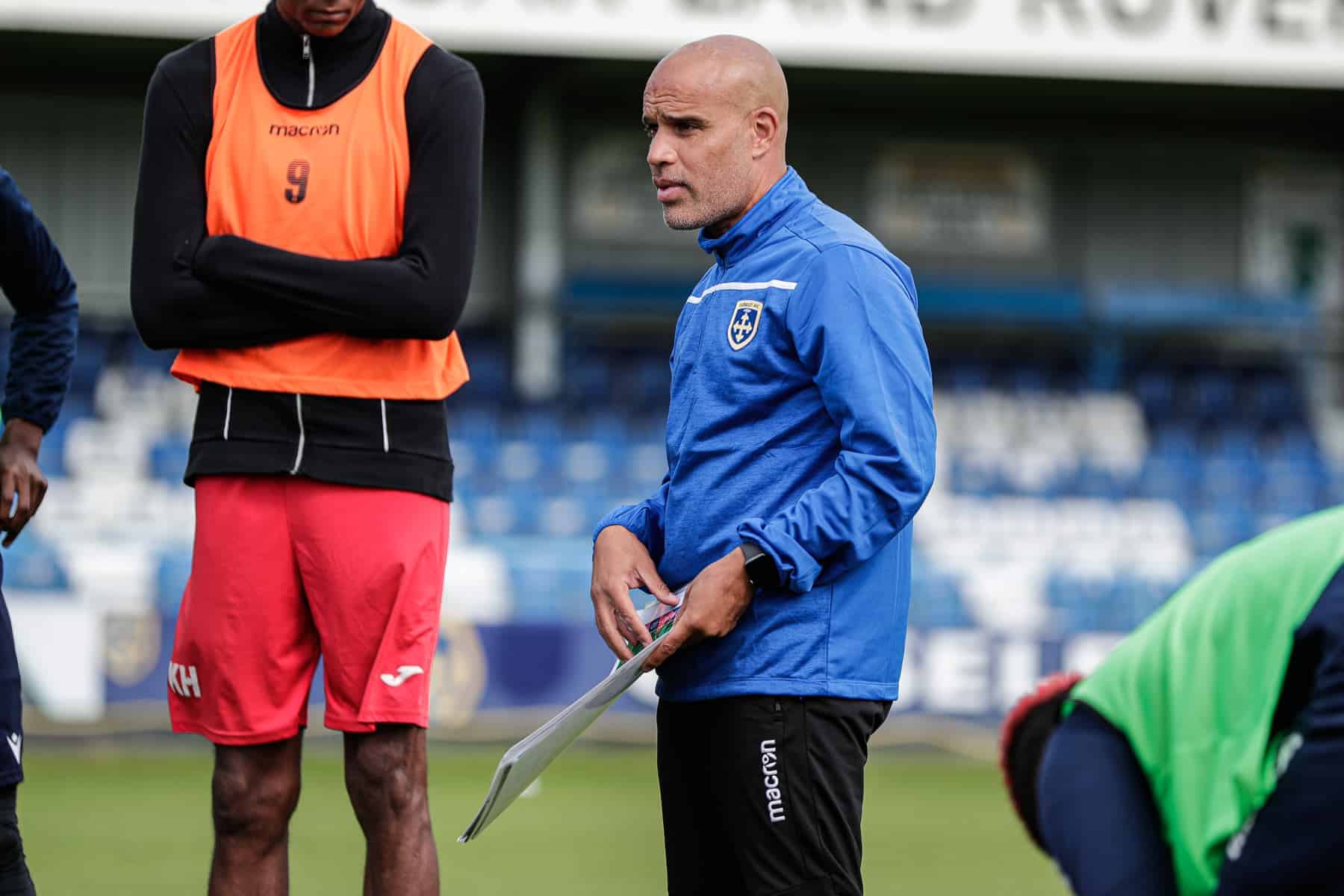 Simon Bullock has spoken to Marcus Bignot about the 20/21 season so far, his recent appointment as Interim Manager as Aston Villa Women, how his role at England U19’s has been beneficial and much more.

In the first of an exclusive two part interview with our Joint Manager Simon discussed a range of topics, we’ll publish the second half of the interview later in the week.

What have you made of the 2020/21 season so far, because it must be one of the most challenging you’ve faced?

For every club in the country, you can see the impact it’s had. We were in favour of it getting started. There was a need, there was a belief that we could get the league started. Obviously now we’ve come to a crossroads where we were hoping fans would be back, and that hasn’t been the case. There’s this grey area surrounding the question of shared loans or residual grants, and there hasn’t really been any clarity on that from what I hear and read from afar. Now there’s the new strains of the virus and it’s snowballed into something where we find ourselves now at a real crossroads. And it just has to be sorted very quickly, for the greater good of all of the survival of football clubs.

What would you say has been the most pleasing aspect of this season?

Of course, it was being able to operate during the time when the country was in lockdown. We were still going to work to do a job that we love and enjoy. We were blessed in that way, and for the players and staff it was no different. So, for us, it was having the opportunity to continue to do what we love through challenging times.

Recently, you took the position of interim Aston Villa Women’s team manager. How that did role come about?

It was a unique situation. With Guiseley, we’re looking at turning the model into a hybrid one, especially for our youngsters this year, but certainly looking towards next season with more of a collective rather than an optional model, which we have this year. So, our focus was on Guiseley with regards to finding a way to work smarter in terms of closing the gap, because financially we won’t be able to compete in this league.

So, we thought working with young players, developing them and giving them more contact time was a way forward for us as a football club. So that was up and running and I was really enjoying our cohort of young players. Then, I have the England U19’s, and it’s a big year in terms of the Euro qualifiers, so for me it was always my focus to put time and effort into those two roles.

I also had my old academy, which was sadly lost due to COVID-19. We lost the education, partly due to the virus, and then ultimately with the new restrictions in lockdown, we weren’t able to play. So, we carried on training and although we lost the education side, we found it was really important for the physical and mental well-being of the young players to continue developing playing. Then I found myself with no academy, no training in the day, no Guiseley, and Aston Villa coincided with that, but it was manageable.

I would have taken it on even if the National League hadn’t been suspended, because I lost working at my academy in the day. I love working and getting out on the grass, so the big thing for me was losing the academy, but then the attraction of being able to work in the environment at Bodymoor Heath, which is second to none. To be able to work with players from all across the world, tap into that and work that that calibre of elite player, I was excited. I was also excited by the challenge of trying to keep them up, together with mentoring and developing Gemma Davies and the young stars they’ve got there, as well as working with exciting players.

The opportunity came out of the blue. I wasn’t looking towards that; I wasn’t geared towards that. When I got a call from a Sporting Director at Villa, there was no hesitation, there were no second thoughts. It was an absolute no-brainer for me, in terms of me being able to work day in, day out in that environment with those facilities and those players.

It’s a development for me as well, working with players from all across Europe and the world. We have a Japanese World Cup winner in our squad, so it’s about how I get my message across. It’s an excellent environment to work in, and the aim is to not only make them better but make myself better.

How has your experience coaching with England U19’s been?

It’s been good. Working with the best players not just in the country but, in Europe and ultimately, we want to produce international World Cup players. The aim is to give Gareth Southgate the very best. We’re working with top players, at the very best facilities with the very best coaches, so I absolutely love every minute of it. Like I said, whether it’s the elite in women’s football, non-league, or the international stage, the players are the most important thing for me. All the knowledge I can gather is always passed on and invested into these players I’m working with. To pass on what I know and my experiences will hopefully, help in maximising their potential and making them become successful.

And that can be someone who has forged a non-league career and getting a job. Having a career away from football, as well as getting an income from it, is just as big of a success story as it is one of our A-graders or international level going on and making their international first team debut in the Premier League. It could be Aston Villa Women surviving in a WSL or Solihull United getting promotion. I’m blessed in terms of what I’ve got at the moment, and in the environments that I’m working in

With the unpredictable nature of the league this season, have all the interruptions changed the way you would have liked to operate, in terms of bringing players in, training or anything else?

It’s been a massive problem for everybody. Budgets were calculated at the start of the season, and because of the lack of fans we were operating on a budget less than the previous season, and rightly so may I add. Then, with the restrictions and limitations, we had new players but the opportunity to spend time with them prior to training, after training and away from football was no longer viable. It was literally you get in; you get back out. So, when you’re trying to create a culture, improve it and embrace the environment, that has been really challenging.

And, with us being part time and only training two evenings, it was even more so. That’s why I was really encouraged by us bringing in two afternoons for the young players and we were seeing some real development coming out of that. It’s a season like no other and I really can’t put into words in all the hurdles you face, but you’ve got to adapt to a new way. I believe we’re adapting and we were finding our way.