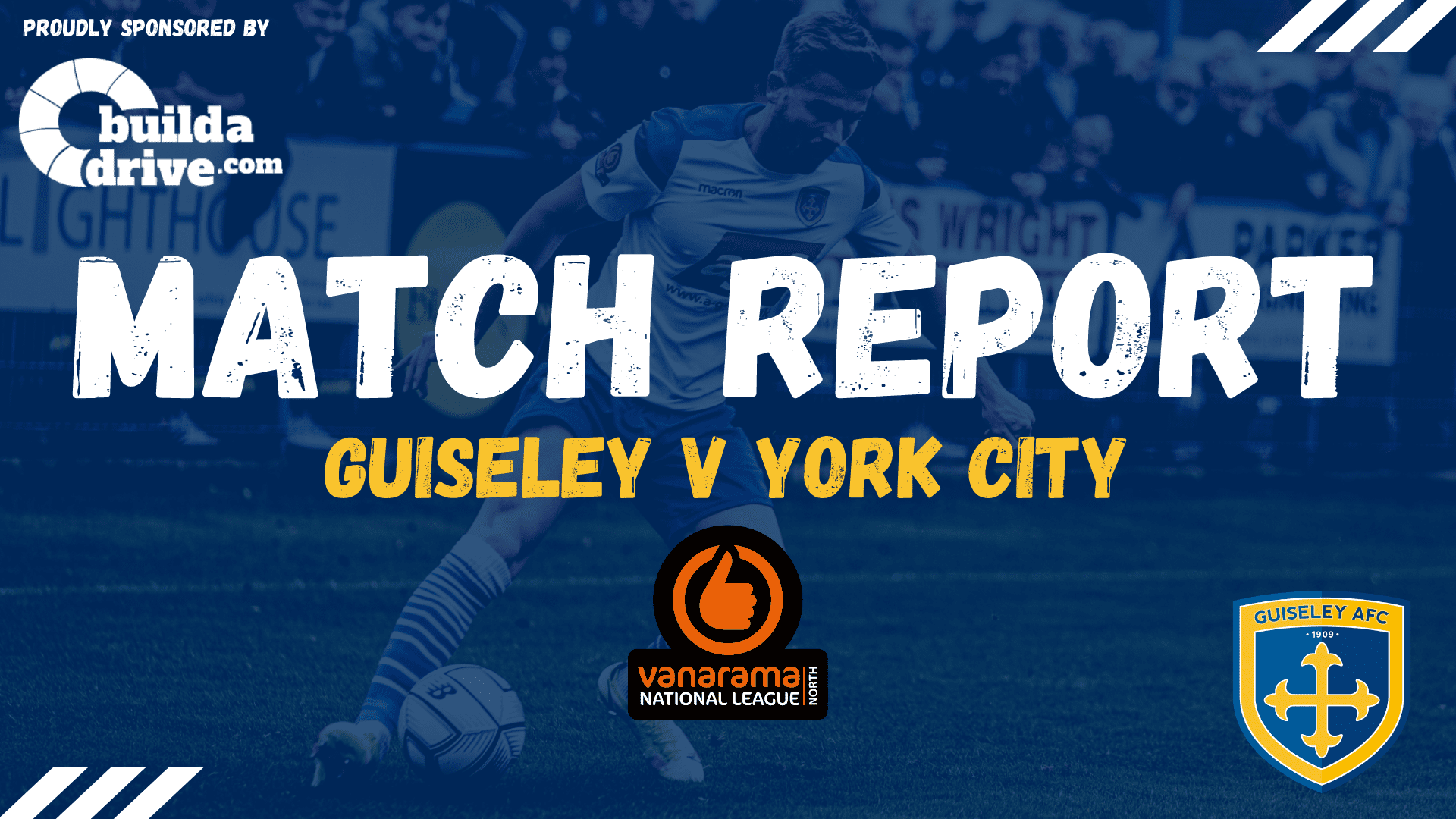 Guiseley came off second best at Nethermoor this afternoon as a superb goal settled matters in favour of York City. Read how the game unfolded in our match report sponsored by BuildADrive.com.

In an evenly contested first half it was the Lions who were quickest out of the blocks against their full-time opponents in forcing a series of corners without threatening the City goal.

Having survived this early onslaught the visitors gradually got a foothold in the game and two searching crosses into the box found no takers before ex-Bradford City striker Clayton Donaldson nearly broke the deadlock on the half hour with a well-directed header but George Cantrill was on hand to execute a goal line clearance.

Brad Wade then palmed Akil Wright’s shot round the upright as York pressed but the home side replied with Jordan Thewlis bringing a good stop from Pete Jameson and Jamie Spencer putting a shot just the wrong side of the upright on the break.

The second period proved to be a slow burner with neither side able to seize the initiative early on but ten minutes in Kurt Willoughby appeared to have given the Minstermen the lead with a precise finish only to see his effort cancelled out by an offside flag.

The same player then provided a golden opportunity for Mark Beck to open the scoring with fifteen minutes remining but his powerful header flashed across the face of goal and behind.

York nearly for paid the price Beck’s miss though as first Jameson got his palm to Ollie Browns shot and then blocked Cantrill’s effort from the rebound but even he as helpless when Prince Ekpolo’s explosive effort from the edge of the area cannoned back off the crossbar.

With four minutes of normal time remaining Ekpolo had a shot charged down at the last second and Lebrun Mbeka shot straight at Jameson, and just as it looked as though the game was heading for a draw the Lions were undone by an individual piece of brilliance.

It started with a City throw-in on the left midway inside the Guiseley half that went to Willoughby, and although thre looked to be no danger, he cut inside before unleashing an absolute peach of a shot into the top corner from thirty yards out and past the despairing dive of Wade.

Even then Guiseley might have rescued a point in the last attack of the game substitute when Jacob Gratton tried is luck only to see his shot strike Brown, which is perhaps symptomatic of Guiseleys luck at present, the approach play is good but the team is crying out for someone to convert the chances that are being created. 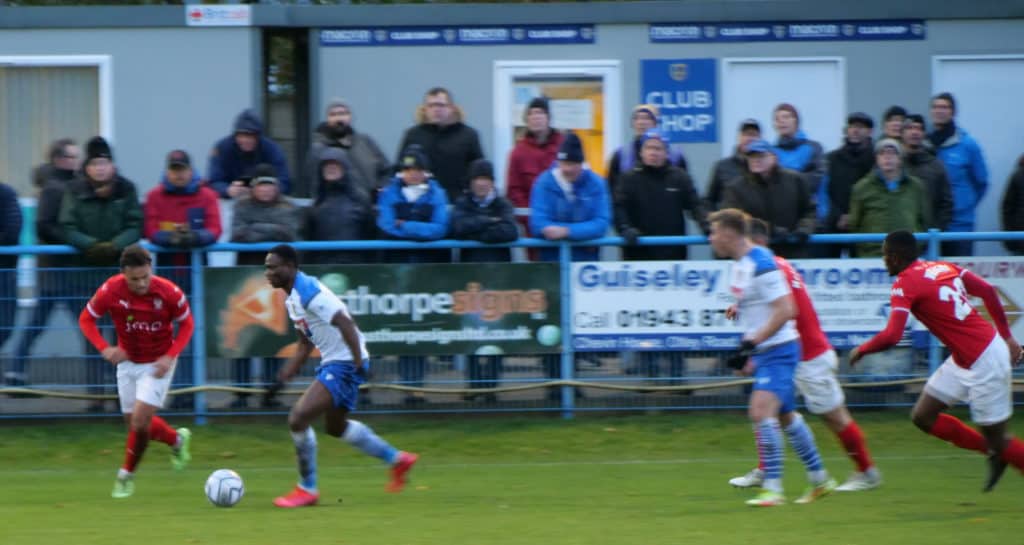 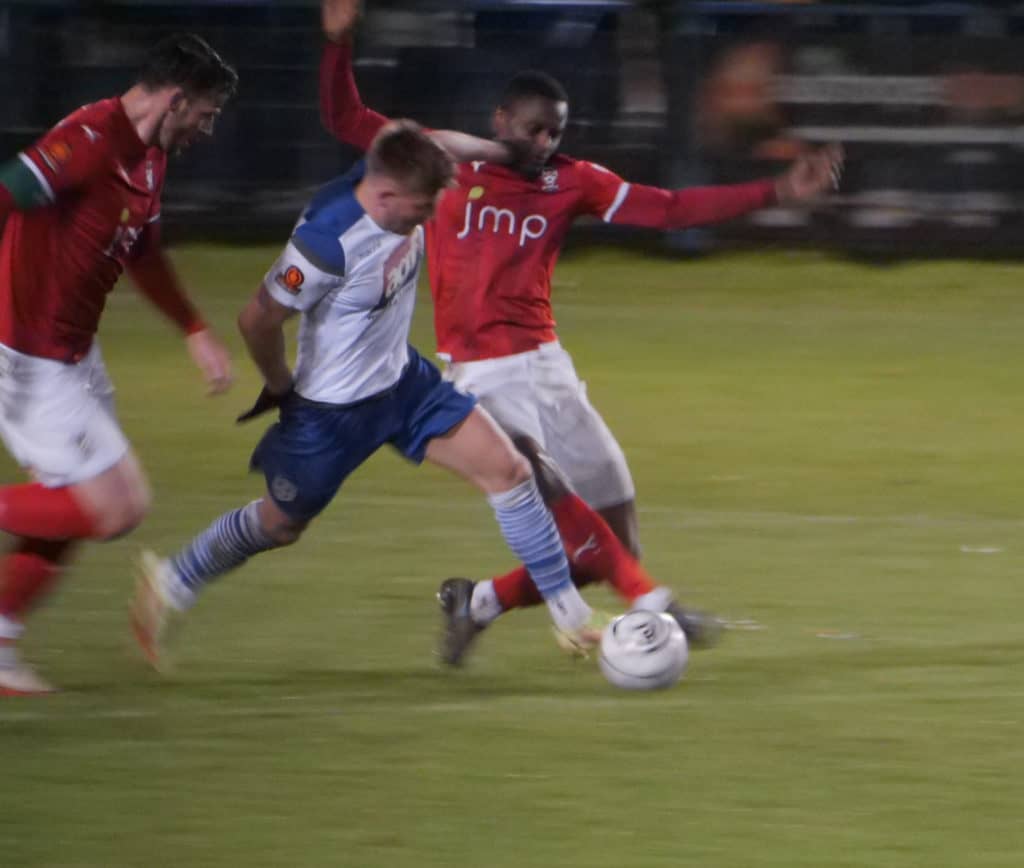 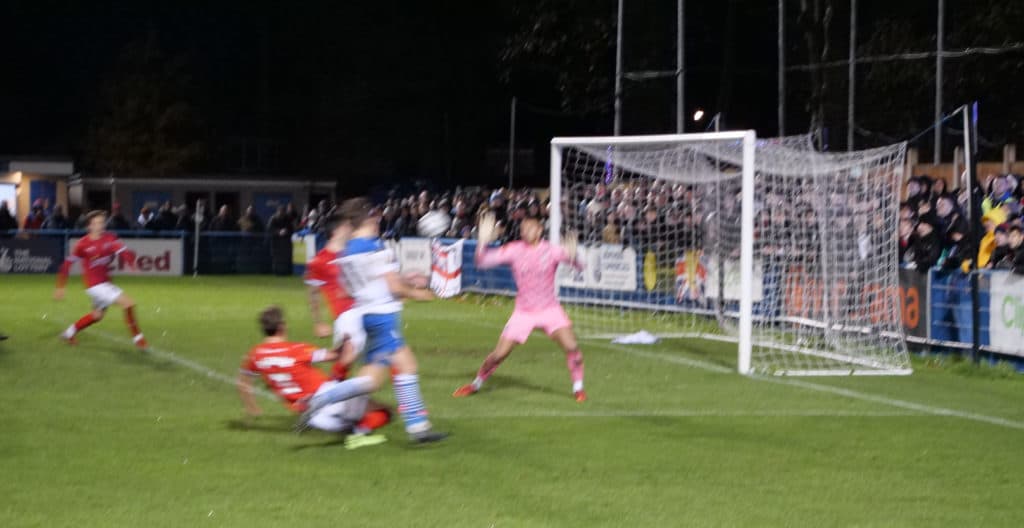