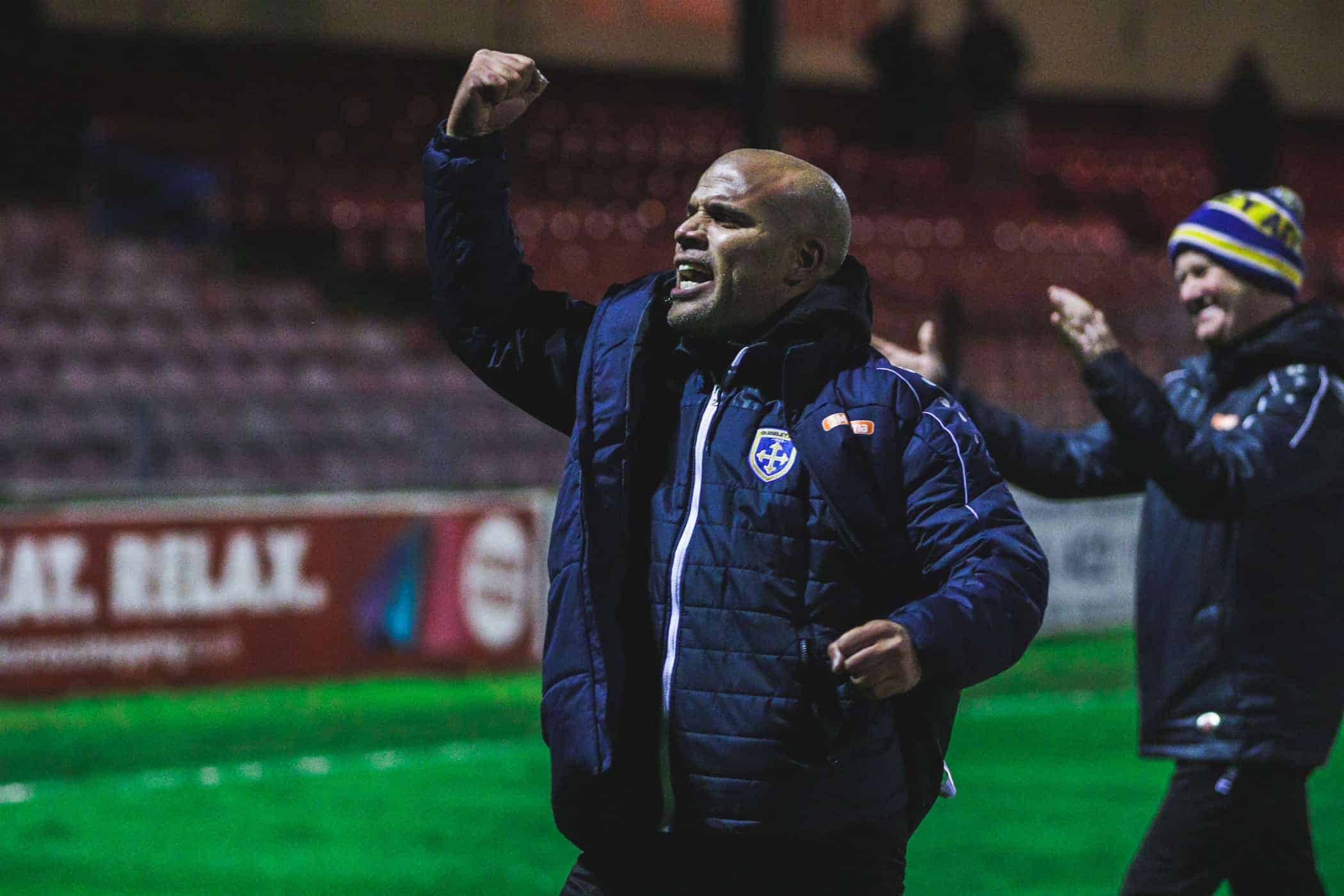 The Lions are on the hunt for the first home win of 2020 on Saturday with Gloucester City the visitors to Nethermoor Park for a 3pm kick-off.

Buoyed by a solid point picked up on the road at Altrincham last time out Russ O’Neill and Marcus Bignot’s men are looking for three points to move up the table but face a visit from The Tigers, their first to Nethermoor since August 2014.

Kaine Felix struck on Saturday in Greater Manchester to earn his side a share of the spoils before Marcus Dewhurst’s penalty save late in the first half halted Altrincham’s winning run and continued our impressive record on the road.

It was a sixth successive away game without defeat on Saturday with The Lions now looking to take that form into home fixtures after a narrow defeat to Chester last time out in LS20.

Since City’s 3-1 win over us in September they have changed manager with James Rowe appointed on a full time basis, the former Aldershot Town Assistant Manager has secured four points in his first six league games in charge.

The Tigers sit in 19th place in the table but with games in hand on many around them and expect to be back home after 13 years away next season with work starting on their new Meadow Park ground on the site of their previous residence that was flooded back in 2007.

They haven’t played since 4th January in a 2-1 loss at Darlington after Saturday’s home clash with Gateshead was postponed, they did defeat Leamington 2-1 at Evesham’s Jubilee Stadium on New Year’s Day.

Speaking after Saturday’s draw at Altrincham Joint Manager Marcus Bignot said “We have said for a few weeks now about our away form and how impressive it is, to come to the in-form team and arguably the best footballing team in the league and get a point is one I am sure the supporters will have enjoyed. We are the draw specialists when playing each other.”

Marcus enthused about Felix’s finish and Dewhurst’s penalty stop “Up and until the goal we were passengers and he has produced a moment of individual magic which has kicked us into gear, we came it at half time after Marcus has pulled off an important penalty save to send us in level. We were really impressive in the second half taking the game to Altrincham in an end-to-end game, both teams would have been disappointed with a loss today in a game like that.”

The Joint Manager was asked about the signings of Prince Ekpolo and Harrison Sheppeard which arrived prior to the draw “We only had 16 players in the five games prior to this due to suspensions and injuries etc, we are coming into the business end of the season and we would like a settled competitive squad. We have a system now that the boys enjoy and look good in, bringing in those two acquisitions will only help us and boost competition.”

Aram Soleman was withdrawn early through injury but Bignot was hopeful the midfielder will be ok and praised him for his performance “He will be alright, he’s from Birmingham isn’t he, we’re tough! Just prior to his injury Aram has done a back post header reacting superbly and those little details along with our mentality are so important for our success. A massive well done to him but he won’t thank me but that is what you have got to do sometimes.”

Looking ahead the former defender hopes the home form can be transformed in the final three months of the campaign “That’s the plan, we have back to back home games now where we aim to get two wins which will be hard and difficult to do but it will put us in a really good position. We want an exciting end to the season by getting into the play offs and make it exciting for the most important people, the supporters.”