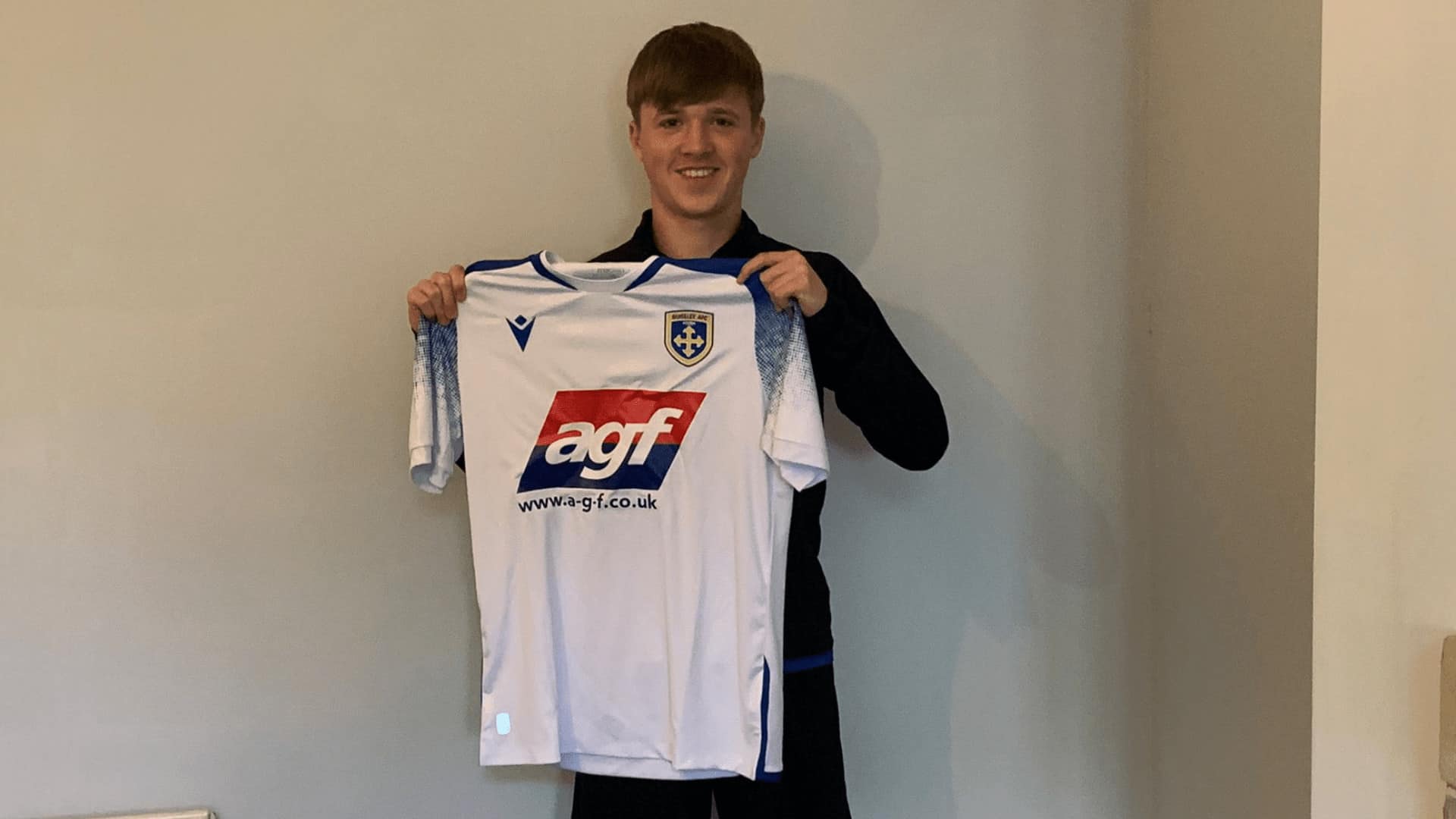 We are delighted to announce the signing of Lewis Gardner, an 18 year-old left back, from Silsden.

The young Silsden defender had an outstanding season last time out, his first at senior level, and he picked up a couple of awards at The Sills presentation night.

Despite suffering a ten week ankle injury following his transition to a senior player in the Northern Counties East League Lewis ended the season on a high. He won league titles with Silsden’s U-19 and U-23 sides. He also represented the National Football Youth League representative side in a game played at QPR.

Primarily a left back the former Upper Wharfedale School pupil has been training with Barnsley FC whilst undertaking the first year of his degree in sports coaching at Sheffield Hallam University.

He was with the Bradford City Development squad before joining Barnsley U19s and Barnsley U23s. Whilst with The Tykes this season Gardner helped his team win the league as a part of his shadow scholarship program.

Lewis, who will be 19 in July, was born in Skipton and started playing football with Skipton Juniors, moving on to Grassington and then Steeton. He joined Silsden U-23s in 2020-21 season before progressing to the first team last season.

Lewis leaves Silsden thankful for the opportunities they afforded him and the trust they showed in him as an 18 year-old.

He said: “I learned a lot under Danny Forrest and was inspired by the trust he put in me as a young player. He gave me the chance to step up to senior football and I am thankful for that.

“He has now given me the chance to follow him to Guiseley AFC and it was a no brainer for me. I want to learn and press on with my football and I think Danny and Danny Ellis are the people to help me to do that. I think as a defender I can learn a lot from an experienced player like Danny Ellis.”

He added: “I would like to thank Silsden for all they have done for me, they have really helped me to develop as a player. I wish them all the best for the future.”

Forrest said of his young protege: “Lewis was fantastic for me at Silsden last season and he has definitely earned his chance to play at a higher level.

“We are all aware that it is a huge leap in terms of ability and physicality for Lewis but he has a great attitude and with time and the opportunity to train with and learn from better players we have no doubt that he will be an asset to the club.”

Join Lewis at Nethermoor for the 2022/23 campaign with a season ticket, available to order online now here.