George Smith Signs For The Lions 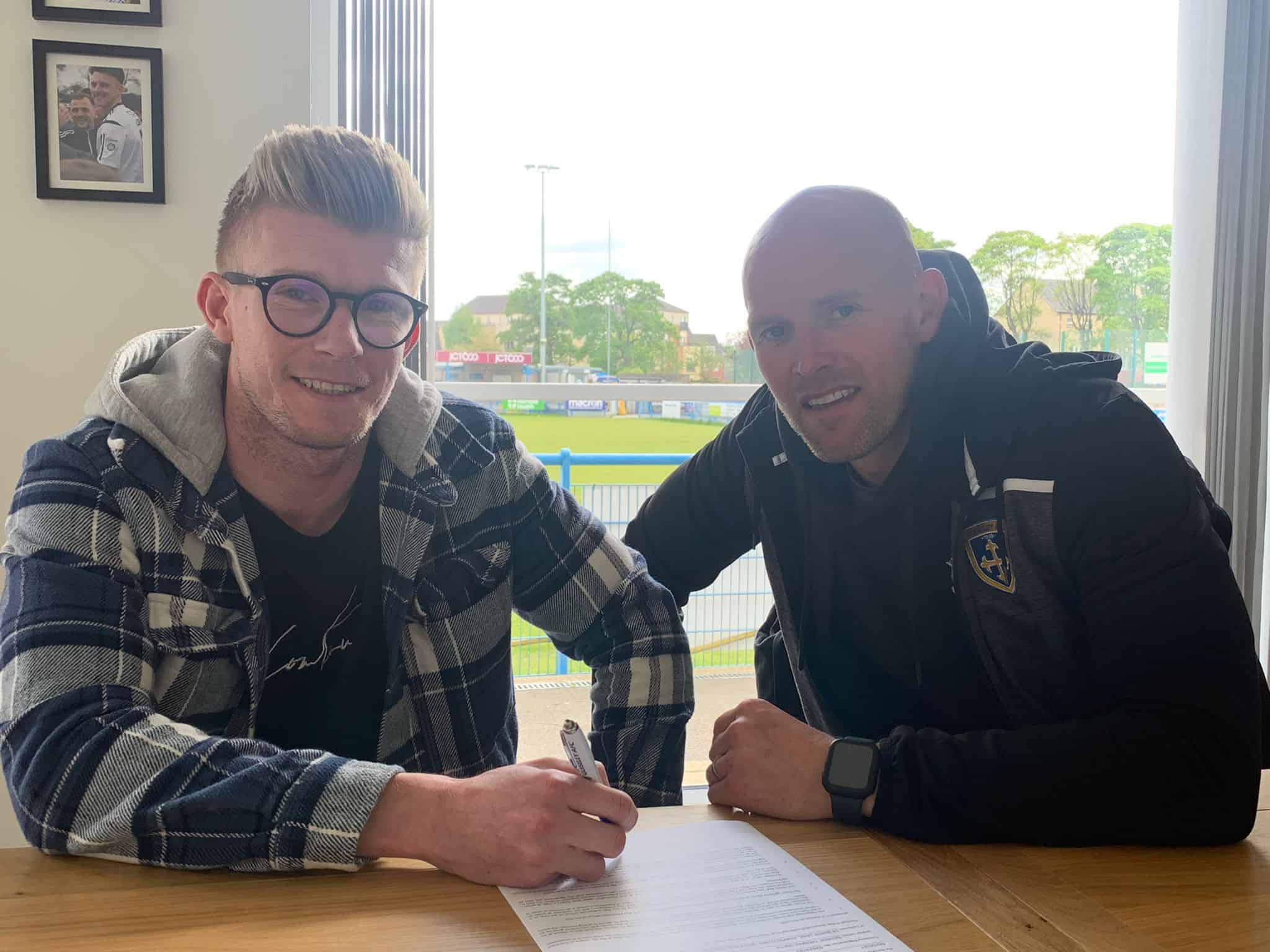 We are delighted to announce the signing of George Smith on a one year contract from Darlington.

New Guiseley manager Danny Ellis has made his first signing by bringing left-back George Smith to the club from Darlington FC, where the pair played together last season writes Rachel O’Connor.

Smith, 25, was born in Barnsley and started his career with his home town club. After making his debut for them in December 2014 he went on to make 41 appearances for The Tykes. He was a member of the Barnsley squad that won promotion to the Championship in 2016 and also lifted the Football League Trophy at Wembley.

During his time at Barnsley he had loan spells at Bradford Park Avenue and Crawley Town. He joined Gateshead in July 2016 and was a regular in their side until he returned to the Football League with League One side Northampton in July 2017. He then moved on to Chesterfield in League Two in January 2018.

Loan spells with Dover and Boston followed before he joined Harrogate Town in July 2019. Making 20 appearances for Simon Weaver’s side he was part of the Harrogate squad that won promotion to the Football League in 2019-20.

Smith moved back to Gateshead in the 2020-21 season making 12 appearances before joining Darlington in September 2020. He said that he learned a lot from playing alongside Ellis at Darlington last season and was looking forward to joining him as he takes up the managerial role at Guiseley.

He said: “I am eager to get started, my opportunities petered out a bit towards the end of the season at Darlington. I just want to get started, win games and enjoy my football. I have a lot of Football League experience and I want to use that to win games for Guiseley. I have been lucky enough to play at a good level but sometimes I have not had the rub of the green but I really enjoy playing football and I am looking for more of the good moments.”

He added: “I played at Guiseley last season for Darlington and noticed how brilliant the fans were, how they got behind the team. It was sad they got relegated but I think being in the Pitching In Northern League will be a good building block for Danny to start his managerial career on. This will be the first time I have played at this level but I have friends who play for other clubs in the league.

“Pre-season will be massive with new players coming in but we need to play our best football and have a good season. To be fair the way football has gone in recent years there is little between the levels, it is just fine margins so I think we can do well. Standards are a lot higher lower down than they used to be. There will be new clubs and new places to travel to and I cannot wait to get started.”

Smith, who joined Barnsley at the age of 12, signed his first professional contract with the club when Danny Wilson was manager. Now a semi-pro player he lives near Sheffield and works at an engineering company in Holmfirth. In his spare time he enjoys playing golf and used to play cricket.

Join George at Nethermoor for the 2022/23 campaign with a season ticket, available to order online now here.