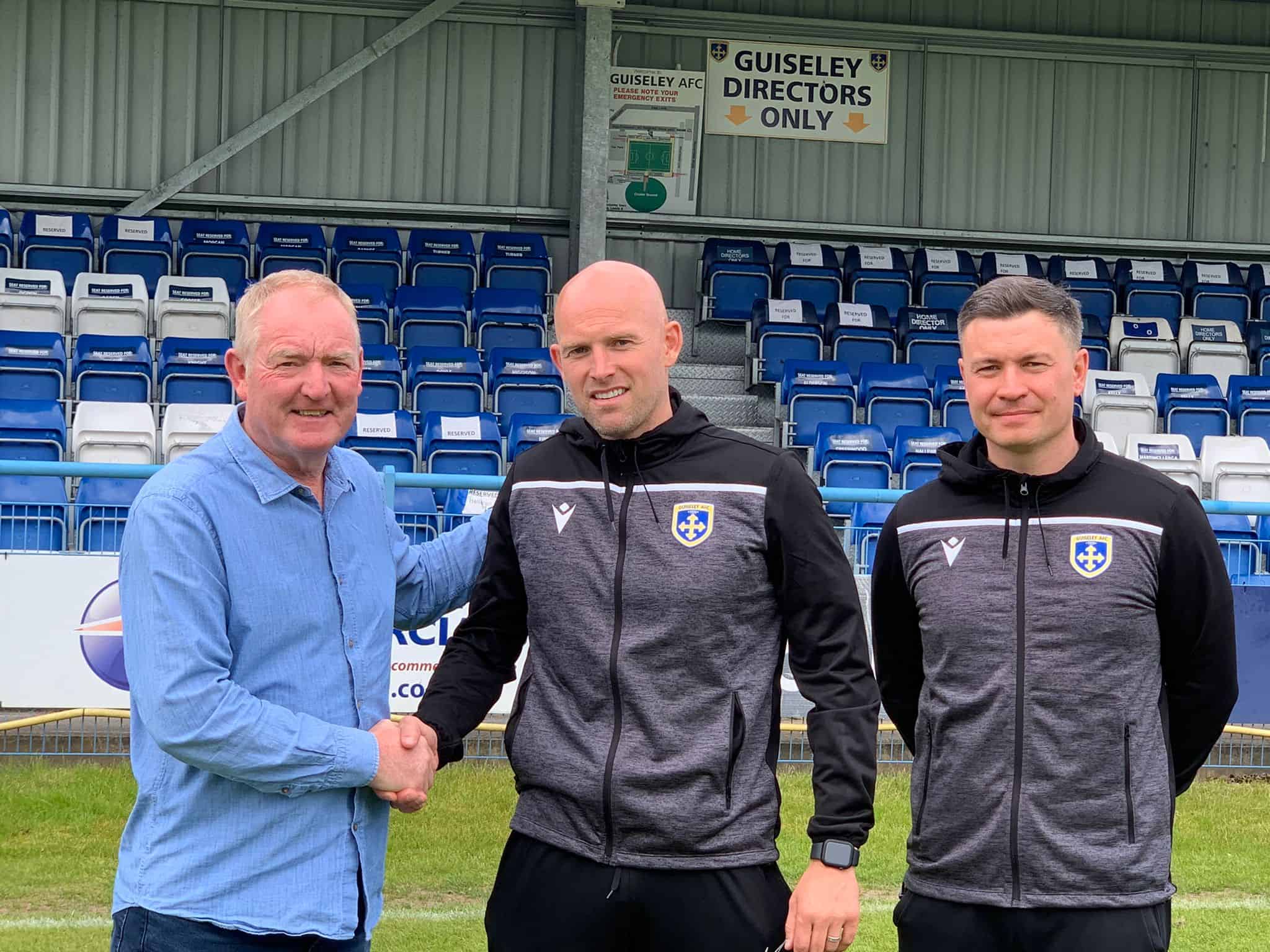 We are delighted to announce the appointment of Danny Ellis as first team manager on a two year deal.

Danny is well known to the supporters of Guiseley AFC having spent nine years playing for the Lions as well as his work with the Community Foundation and the academy which he will continue with. He has made 700 appearances in his playing career, including over 400 for GAFC, and has a vast knowledge of the Northern Premier Division having won it as a player with Guiseley in 2010 and Farsley in 2019.

Ellis also won promotion with The Lions into the Vanarama National League back in 2015 and will also be registered as a player for the coming season.

Assisting Danny Ellis will be Danny Forrest who joins after spending six years at Silsden AFC as manager. Under Forrest Silsden won the NWCFL title accumulating 103 points and scoring 110 goals, whilst Forrest himself won the league’s Manager of the Year award. He also led Silsden to their highest ever league finish at step five and their furthest ever progression in the FA Vase. As a Guiseley player, Danny made 99 appearances scoring 18 goals across five seasons.

On the appointment chairman Gary Douglas added: “As the club enters a new era in the Northern Premier League it was imperative that we appointed a management team who could bring the club together. I feel in appointing the two Dannys we can build again on the solid base we at Guiseley have established over the past three decades.”

“From speaking to the new management team I know we will be recruiting players who wish to play for this great club and for each other with total commitment. Danny and Danny are the guys to do this and I am confident we will all enjoy the football next season.”

In his first interview since the appointment as the club’s new manager Danny Ellis said “I feel now is the right time, I think I have great experience, I know a lot of people in the game and obviously I can still play which is an added bonus. I think this is a great way to transition from a player to a manager, obviously it is a shame we went down and we are having to rebuild which is going to be tough. I am open to the challenge, I am thriving in it and I can’t wait. It is a great opportunity.”

On his aims for the season ahead Ellis said “I am going fully at it like I would with everything. I have won the league twice, I am aware of how tough the league is and all the teams in it. I want to be competitive and aim for top spot like any manager would.”

New Assistant Manager Danny Forrest also spoke of his delight at his return to Nethermoor: “I am really happy to be working with Dan at Guiseley AFC again and I am ready to have a right go at it. I am happy to be here and happy to have been given the opportunity. It is great to be back. I have always had the connection with Guiseley, even as a young lad I went to Wembley with my Dad to watch them!”

Speaking about working with his former teammate Forrest said “We have a close relationship, we always have for years. We are joined up in our thinking and always thought we would work together one day. We have been on the pitch together many times, we have been in a youth team, sat in a changing room every day and have spent a lot of time on the phone together despite playing for different clubs.”

The full interviews with Danny Ellis and Danny Forrest will be released over the next few days.

Welcome back Danny and Danny!