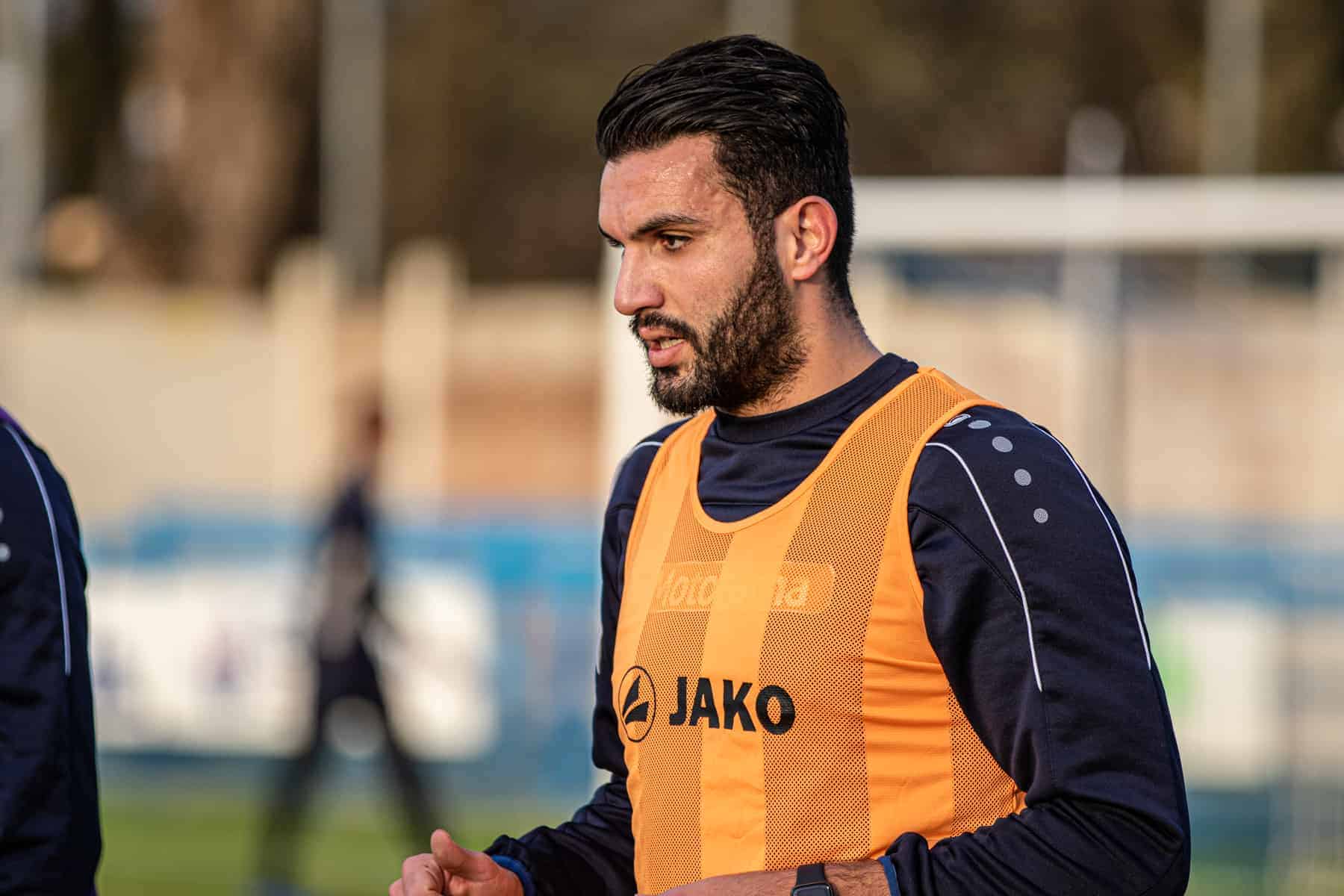 We are delighted to confirm Hamza Bencherif has been appointed as the new Guiseley AFC captain.

Hamza spoke to Simon Bullock on his pride in becoming the captain and his hopes for the second half of the season.

Taking the armband on a permanent basis from the recently departed Scott Garner, Bencherif has impressed in recent outings, captaining the side to a hat-trick of wins during the festive period with victories over Farsley Celtic, home and away, as well as York City. This led to Bencherif being included in back-to-back Vanarama National League North teams of the week.

When asked about whether it is in an honour to made club captain, Bencherif said: “It’s a big honour, especially to captain all of the young players here. The way the club is going the moment, I’m quite proud of it because all the players are behind what’s happening here, and you can feel the warmth in the stadium and around the club. Everybody in the team is listening and applying themselves well which makes it a lot easier for me to lead them.”

“There’s a few experienced players in the squad but the younger players are all leaders in their own way and because of this, for me, it doesn’t really matter who’s wearing the armband. We’ve got Aaron Martin who leads from the front, and we had Scott Garner who led from the back, so there are other experienced players in the group. Circumstances have dictated that I have the armband now and I’ll wear it with pride but from now until the end the season, all the lads will play their part because leadership is very important.”

Bencherif has been happy with how the team have performed since he has taken the captaincy, stating: “I’ve been really pleased with how the lads have applied themselves, they taken on all the instructions from all members of staff and that’s something that I can’t take credit for, but the results that we’ve had since Boxing Day is something that I’m really happy with and we need the keep it going in the upcoming games.”

Being a captain isn’t something new for Bencherif and it is a role he is familiar with from his time at numerous previous clubs. “I’ve worn the armband before for a few clubs, during my time at Lincoln City and Halifax Town, sometimes with success, sometimes with less success at times but having this responsibility here at Guiseley is something that I’m very proud of, just as I was at my other clubs.”

Looking ahead to the second half of the season, Bencherif is hoping the side will keep up the recent momentum they have gathered and hopefully find themselves in the play-offs come the end of April. “Personally, I’ll give it my all, I’ll do my best to lead the lads in the best way that I can. All the players will listen to me which is really pleasing and at the same time I’ll listen to them. For a lot of the players it’s their first season at this level and all we want to do is kick-on and hopefully cause an upset if we get into the play-offs.”