Andy Kellett Persuaded To Carry On Playing By Danny Ellis 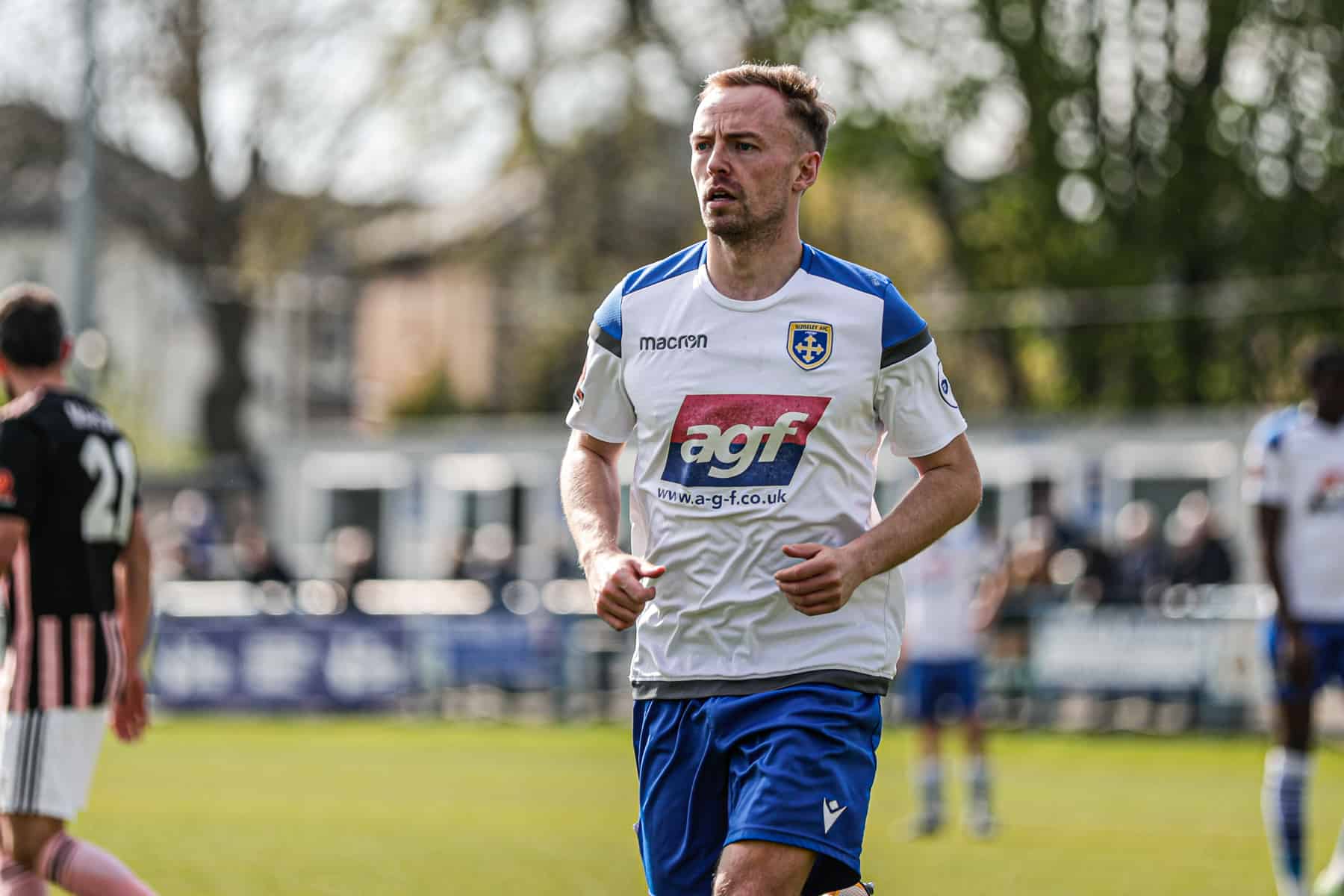 After a season of relegation and injuries Kellett, 28, was unsure if he wanted to play again in the new season.

However, the enthusiasm of the new manager and the plans he outlined fired the former Bolton Wanderers player into a positive mindset for the new season.

As Guiseley prepared for the Pitching In Northern Premier League season Kellett had to prove himself and played as a trialist in a number of games before being asked to sign a new contract.

Kellett said: “I am very pleased to have now signed for the club. After last season I was not sure that I wanted to play again but having spoken to Danny Ellis I could not wait to get started. I have really enjoyed the pre-season.

“The games have gone well and we have played some good football, especially against York and Darlington. The teams we have played have had different styles and that is good preparation for the league season ahead.”

The midfielder, who had a loan spell at Manchester United in his younger days, said: “It was so good to get that variety as the teams in the new league will all be different. This group of players is really good and the two Dannys (Ellis and Forrest) have been brilliant with me and all the staff have been great.”

He added: “It will be interesting to see how we do in the league. There are lots of different places for us as players and the supporters to go to.”

An enthused Kellett continued: “It is exciting going into this season. Danny said that he would bring in good lads and he has done so. It is really exciting and feels good to be a part of it. Obviously league games will be different to pre-season friendlies, there will be a lot more on the line, a lot more to fight for. Pre-season games often feel like training.”

Andy’s away and training kits are both available to sponsor.

Join Andy at Nethermoor for the 2022/23 campaign with a season ticket, available to order online now here.

Meanwhile we can confirm Shaun Tuton has left the club and had his registration cancelled. We would like to wish the striker the best of luck for his future career.