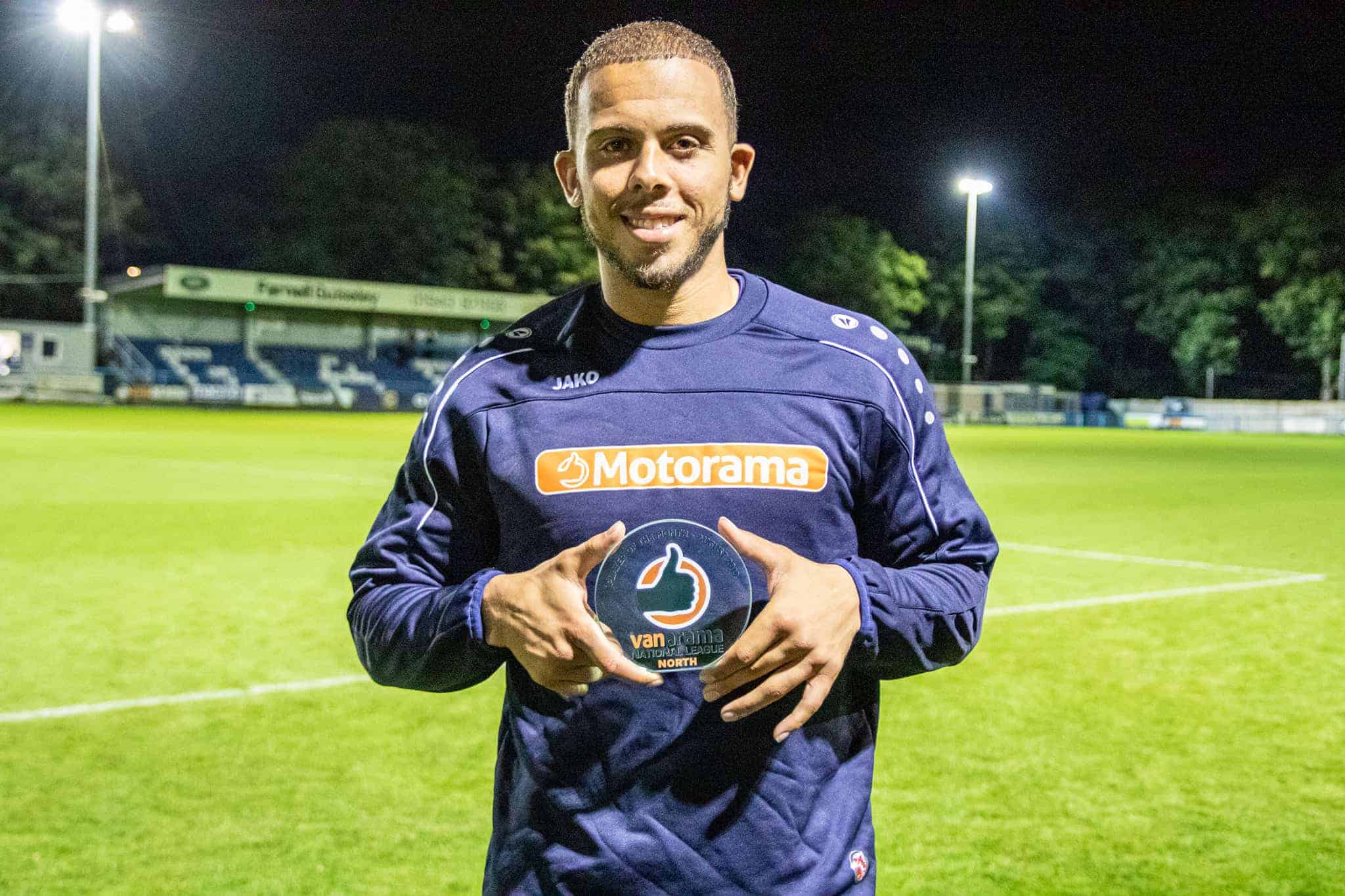 We would like to congratulate to Aaron Martin on winning the Vanarama National League North Player of the Month for August.

The striker has been in red hot form since his move from Brighouse Town striking 10 goals in the opening month of the season to put him not only the top scorer in the league but in the whole of England.

Aaron has played a big part in the Lions’ start to the season that sees his side currently sat in fourth place going into the second game of September.

His hat-trick at Bradford (Park Avenue) was the first on the road in the league from a Guiseley player since Gavin Rothery’s trio of penalties at Harrogate Town on Boxing Day in 2013.

Speaking of the delight of winning the award Aaron said “I’m immensely proud to have won Player of the Month and get such recognition, I’ve adapted to the jump up better than I could have anticipated and am having a great start to the season. The lads were very welcoming and everyone seems to just click together nicely.”

Aaron thanked the supporters who have shown excellent loyalty after a couple of tough seasons at Nethermoor “I believe that the support can help massively with 10 mins to go in a game if the crowd get behind you and can give you the energy to make that last run which could be a chance for a goal.”