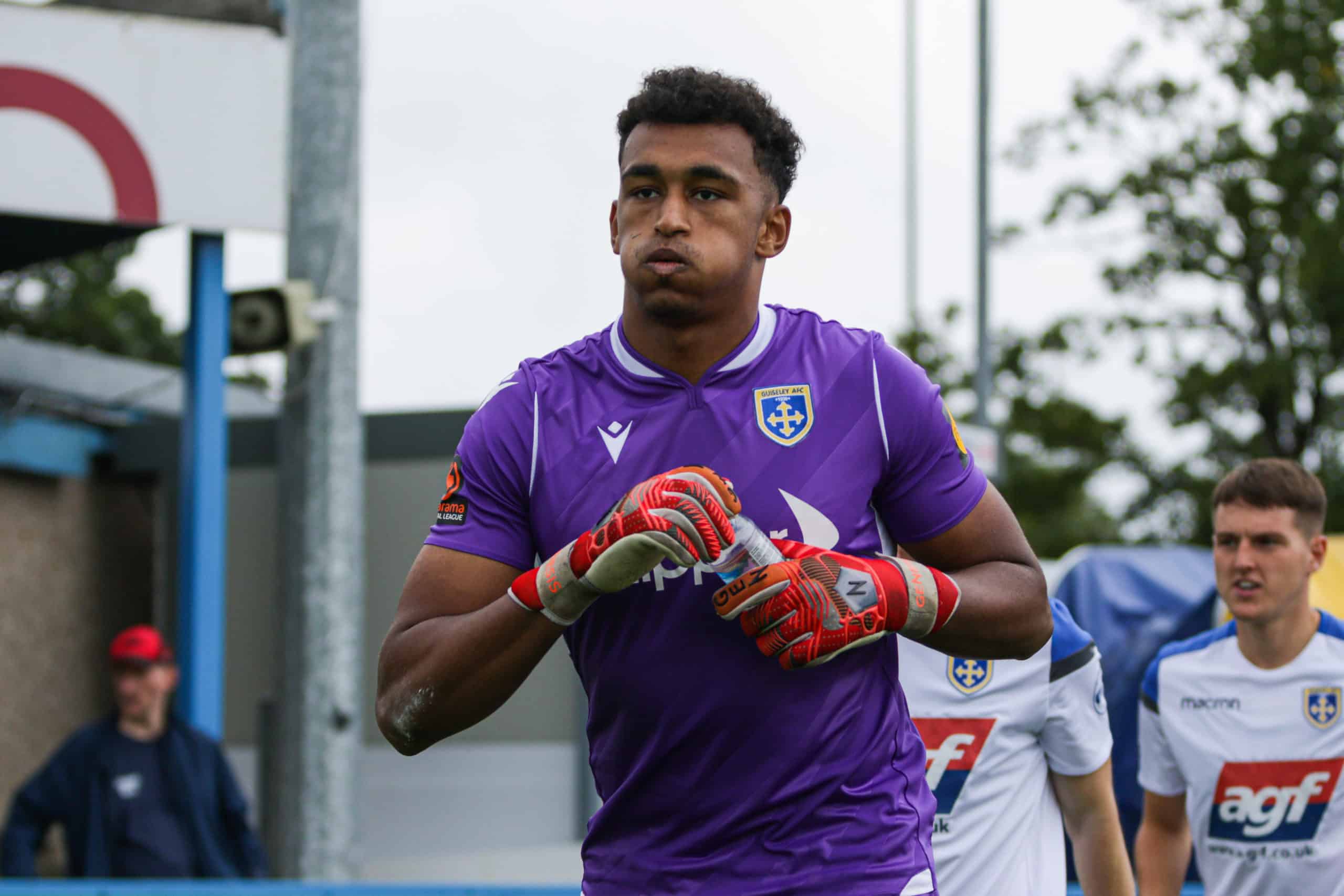 The Lions are back at Nethermoor for the third Saturday on the spin as Kettering Town visit LS20 in the Vanarama National League with kick-off at 3pm.

Tickets can be purchased online in advance here or on the day at the turnstiles with payment being by cash only, it is also cash payments inside the ground for programmes, food and drink and 50/50 cash draw tickets.

Marcus Bignot and Russ O’Neill’s side will be looking to make it three home games unbeaten, when former boss Paul Cox brings his Kettering Town side to Nethermoor, on Saturday after a win over Gloucester City and a 0-0 draw against Kidderminster Harriers in the previous two fixtures on home soil.

Kettering have had a good start to the season and sit in 7th place after two wins, two draws and a loss from their opening six games. The highlight of their campaign so far was the 2-0 away win at Gloucester City on Bank Holiday Monday.

They come into the fixture on a three match unbeaten run with home draws against AFC Fylde and Farsley Celtic adding to their Bank Holiday Monday victory.

The Lions will be hoping Jake Hull and Jacob Gratton will be fresh from their professional debuts in Rotherham’s Papa John’s Pizza Trophy tie with Doncaster Rovers on Tuesday night.

Andy Kellett is likely to miss out and Lewis Hey’s run of starts in home games may come to an end following an injury against Kidderminster Harriers.

After our first clean sheet of the season on Saturday Joint Manager Russ O’Neill said “I thought we were outstanding, the first 45 minutes we were really unlucky to not come in in front. We did really well at the start of the second half but the red card was a game changer, they changed their shape and it suited them. An excellent performance, we just needed a goal.”

“We’re massively disappointed, it feels like a loss after dominating the first half but we go on to Kettering.”

Speaking about Lewis Hey’s injury Russ said “I think he is ok, I thought he was in real trouble when it first happened. It seems to have settled down, he had some ice on it and managed to walk off ok.”

When asked about the start of the season the Joint Manager said “Before the season kicked off and the fixtures came out we thought, my word all these full time professional outfits we play in these first five games. I feel as if we should have had a few more points in all honesty, we should have picked up three points today following the good result against Gloucester.”

“We just have to concentrate on ourselves and keep building. The quality will come, we have good players in our team with good ability so we are waiting for natural ability, I feel a lot of our players have that and if we can get it I am sure we will get more points out of our next five games.”

Get your tickets now here, or just pay on the day at the turnstiles.