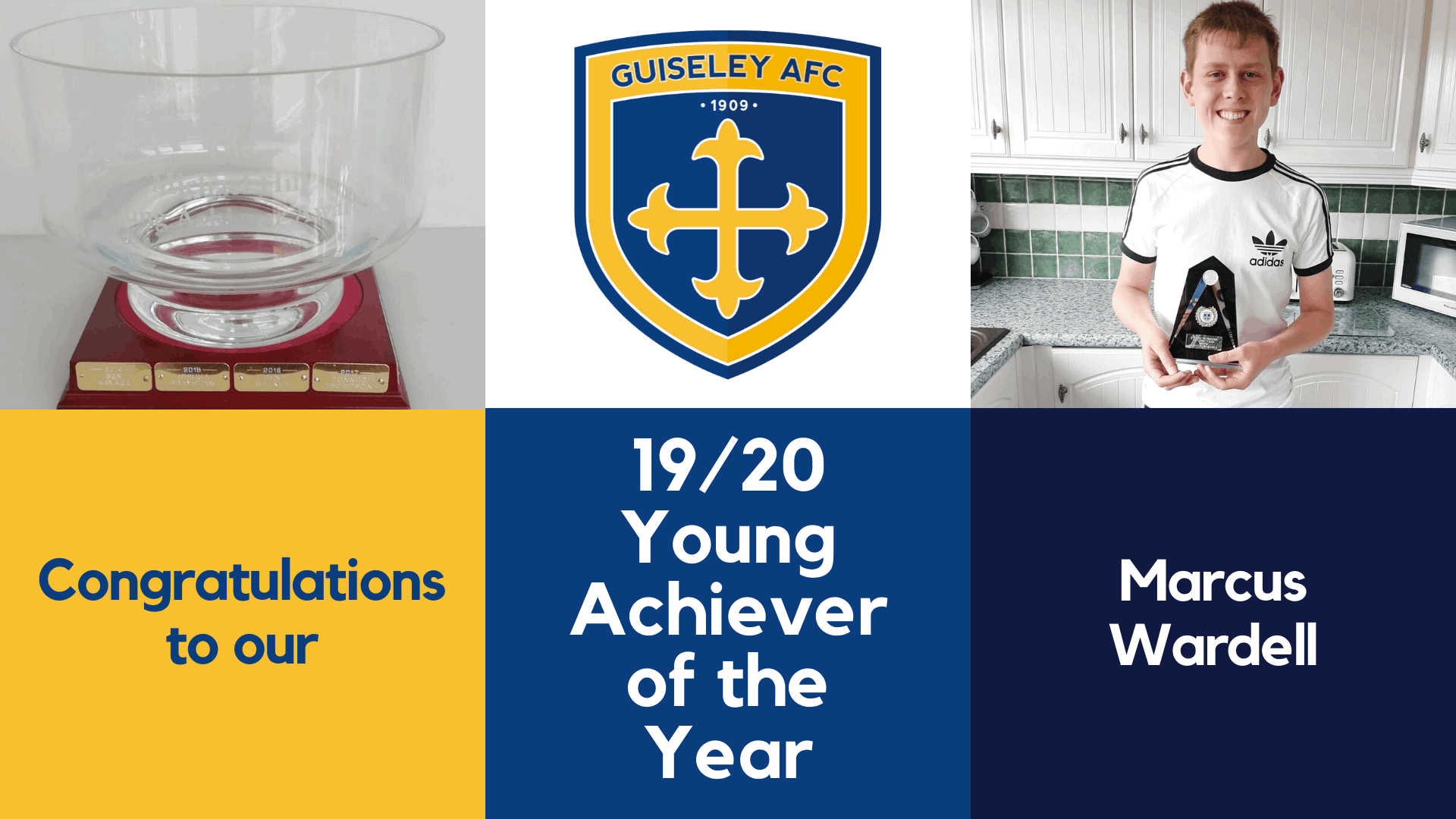 With the current Covid-19 pandemic curtailing the football season we will be presenting our 19/20 awards in a slightly different way this year, starting off with our Young Achiever of the Year.

Marcus is the grandson of Life Member Mike Nelson and is currently in Year 12 at Benton Park School after achieving exceptional results in his GCSE’s. From being very young Marcus has been a regular attender at Guiseley AFC Community Foundation Holiday Football Camps. He has played Junior football throughout at local clubs and is an avid Bradford City Supporter walking out with the City team when they visited Nethermoor in pre-season, he also follows them home and away.

Marcus has contributed to the Holiday Camps throughout this time and as he got older he became a mentor to the younger children and supported the coaches in their work. As he and his friends was unable to participate in an adult 5 a side Charity Tournament he organised 2 teams to come along and play during the lunch break and they all contributed to the charity. He also organised an After School Over 14’s 5 a side League encouraging his fellow pupils to participate.

Following on from his GCSE’s Marcus was looking for work. He came along and worked as a support to staff running the Healthy Holidays Play Scheme at Queensway Primary School and was a valued member of the team. He also supported Holiday Football Sessions over the Summer.

From September Marcus has supported Community Foundation Coaches in delivering curriculum sports sessions in the Primary Schools and supported delivery of After School and Lunchtime Sessions. Marcus has passed his FA Level 1 Coaching Award and has recently passed a Level 2 Food Safety and Hygiene course in preparation for the Summer when we will hopefully be delivering a Healthy Holiday Playscheme with food provision.

Marcus has also been a technical wizard especially in recent weeks where the Community Foundation has had to change the way we operated due to Covid-19. He has organised weekly Fifa 20 Tournaments online, uploaded videos and has designed a Wordsearch, Crosswords and Activity Bingo with which young people can get involved. He is keen, enthusiastic and a really great addition to our team.

Congratulations to Marcus on winning the award, it is well deserved.