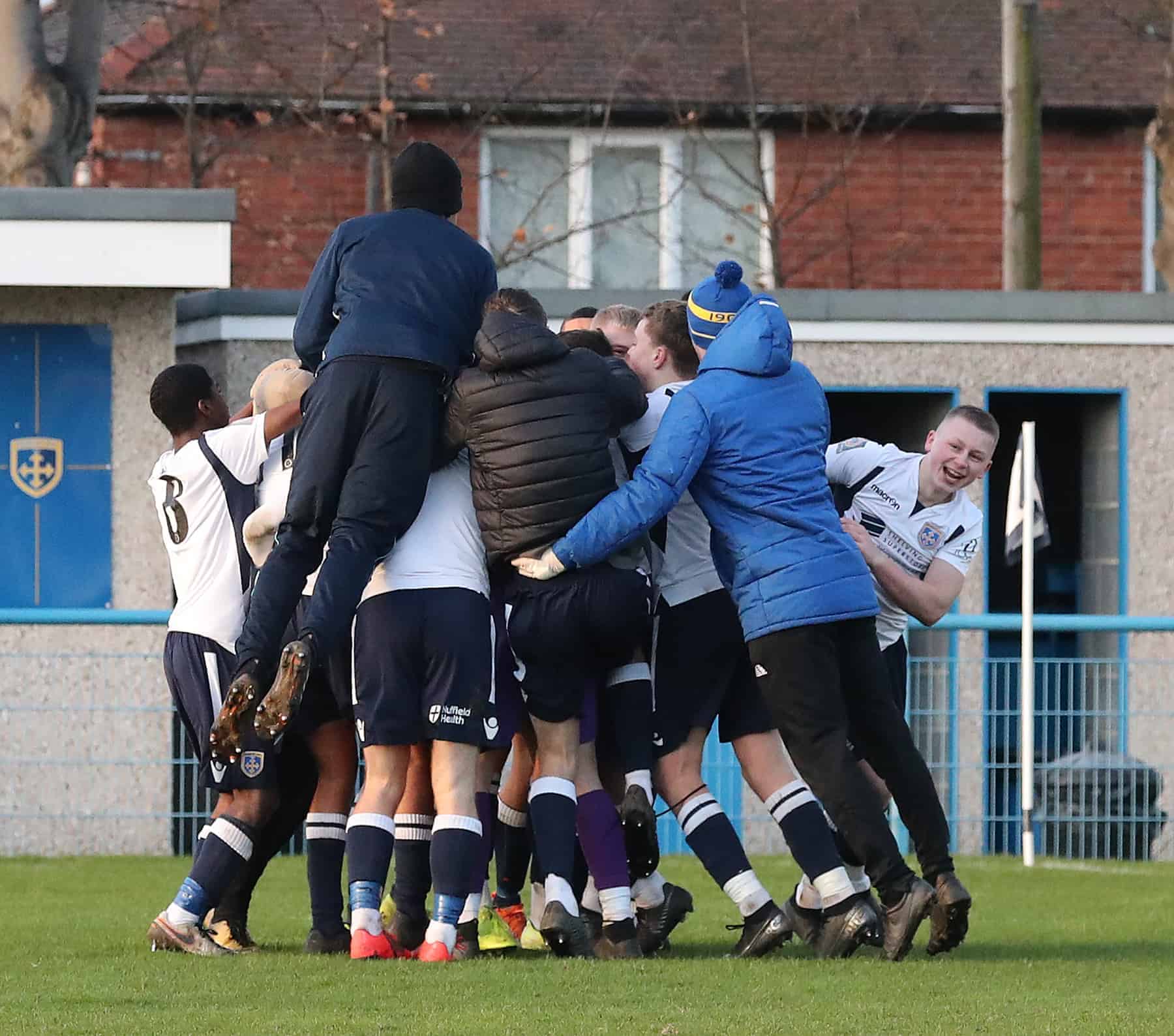 Guiseley reached the semi-finals of the National League Academy League Cup after a dramatic penalty shootout against Chester at Nethermoor on Monday.

There was some irony in the fact that Chester had beaten Guiseley just over a week ago with a solitary penalty writes Rachel O’Connor.

This time the sides had to battle a relentless wind that blew throughout the game and ruined any attempts at playing football. It was even blowing the ball off the penalty spot in the shootout making it difficult for the players.

Guiseley’s team was strengthened with the inclusion of goalkeeper Declan Lambton and midfielder Aleks Starcenko. Chester had the best of chances in the 90 minutes but their No 9 missed a host of chances.

For Guiseley Jake Charles had a shot that just drifted away from the far post and a cross in from the right wing by Nathan Newall surprised the ‘keeper but he managed to parry it away.

It became mainly a midfield battle but when called on the Guiseley defence made some good tackles, chiefly from Oli Brown and Kaydan Henry, to keep Chester at bay. In the closing stages the Chester ’keeper tipped a long range effort from Newall over the bar.

It ended 0-0 and the game went straight to penalties. The referee chose the end with the sun in the ‘keepers’ eyes for the shoot out and Chester went first and scored. Haroon Bostan had his shot saved and Chester went 2-0 up before Starcenko pulled one back. Josh Calvert scored for the Lions making it 3-2 and then Lambton showed his worth, firstly saving a Chester penalty and then stepping up to score to level at 3-3. The sides then exchanged penalties up to 9-9 with Robbie Fox, Nathan Newall, Carlos Nunes, Henry, Chukwadlu Molokwu and Brown on target for Guiseley.

Then Lambton saved from the Chester left-back and substitute Charlie Heath stepped up to slam home the winning penalty making it 10-9 to Guiseley.

Manager Dave Currie said : “We are delighted with the win. We are very proud of the players and I thought that we coped with the conditions the better of the two sides. Chester had not lost a game until today so we were up against a very good side.”