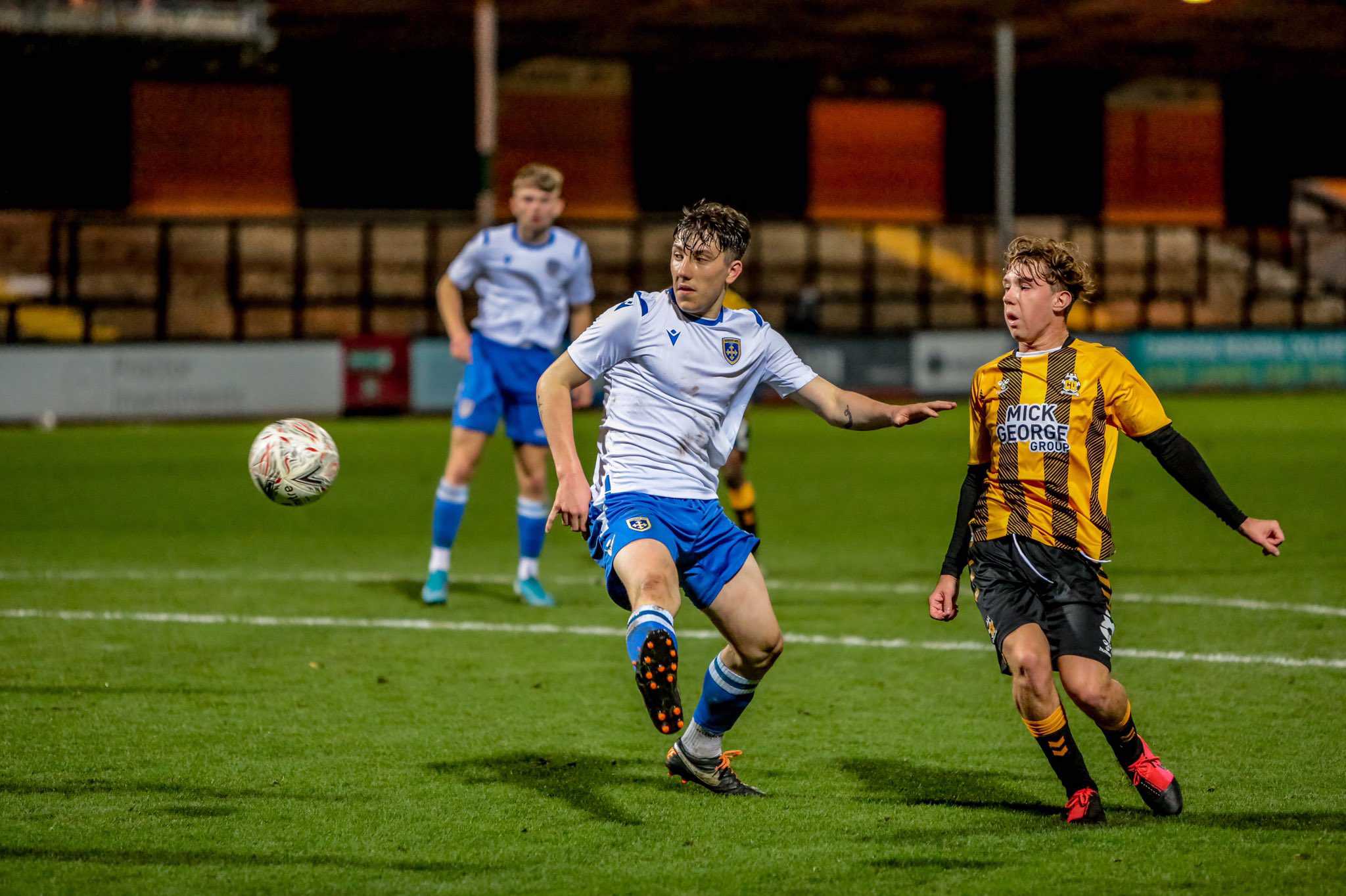 The Young Lions exited the FA Youth Cup with a 4-0 defeat at Cambridge United on Tuesday night.

After beating Bolton Wanderers on their own pitch the academy were on the road again but Cambridge proved too strong, match report courtesy of Mark Taylor and the Cambridge Independent.

Glenn McConnell hit a hat-trick as Cambridge United beat Guiseley 4-0 in the second round of the FA Youth Cup.

It was a dominant display by the young U’s against their National League North opponents, but what impressed most was their composure in possession.

Wherever they were on the pitch, regardless of who it was, they wanted the ball to feet and to play their way out from the back.

They looked to exploit space whenever they could, and they manufactured that by using the wings before coming back inside if it was on. However, United were not averse to putting down the pedal to break down the flank.

The other thing that caught the eye was the tactical awareness, and Myles Cowling was a good example of this.

With an encouragement for the side to use the ball and get forward, the midfielder was always savvy about what was happening around him to make sure he offered defensive cover.

The opening goal came in the 10th minute. Joe Tarpey passed to Kai Yearn with acres of space in central midfield, and the No 10 drove forward.

He reached the edge of the area before laying in McConnell on the United right. His first shot was saved by Guiseley keeper Hagie Damba, who also did well to prevent the rebound.

However, it was third time lucky for McConnell, who resisted the temptation to lash at the shot to try to force it home, instead placing his finish into the net.

The second goal came in the 33rd minute.

There was some brilliant one-touch football down the left-wing to convert defence into attack, but it was brought to an end by a foul.

From the free kick, Yearn’s individual skill got him to the byline to pull back a pass, and just as it seemed to have evaded everyone, McConnell finished with aplomb.

Damba then made a really smart stop to deny Harvey Beckett on the line, but Guiseley’s cause was made even harder when Darwin King was dismissed for a second yellow card for a foul chasing a rebound after United keeper Jonah Gill had saved from Lewis Hey.

United put the game to bed in three second half minutes.

They had their third goal in the 49th minute, with Dan Barton taking a great pass and squaring it to Nathan Braithwaite charging into the box, and he finished well.

In the 52nd minute, a one-two between Tarpey and McConnell saw the latter complete his hat-trick.

Guiseley did not lose heart though and put together some good passages of play.

Their best opening fell to Harry Glover, but Gill produced a good double save to deny the Guiseley striker, and they were then thwarted in a goalmouth scramble.

The evening belonged to the U’s though, and their reward is a home tie against AFC Fylde or Sunderland in the third round.

Match report courtesy of Mark Taylor and the Cambridge Independent.