Unique Kit To Be Worn For Kettering Fixture 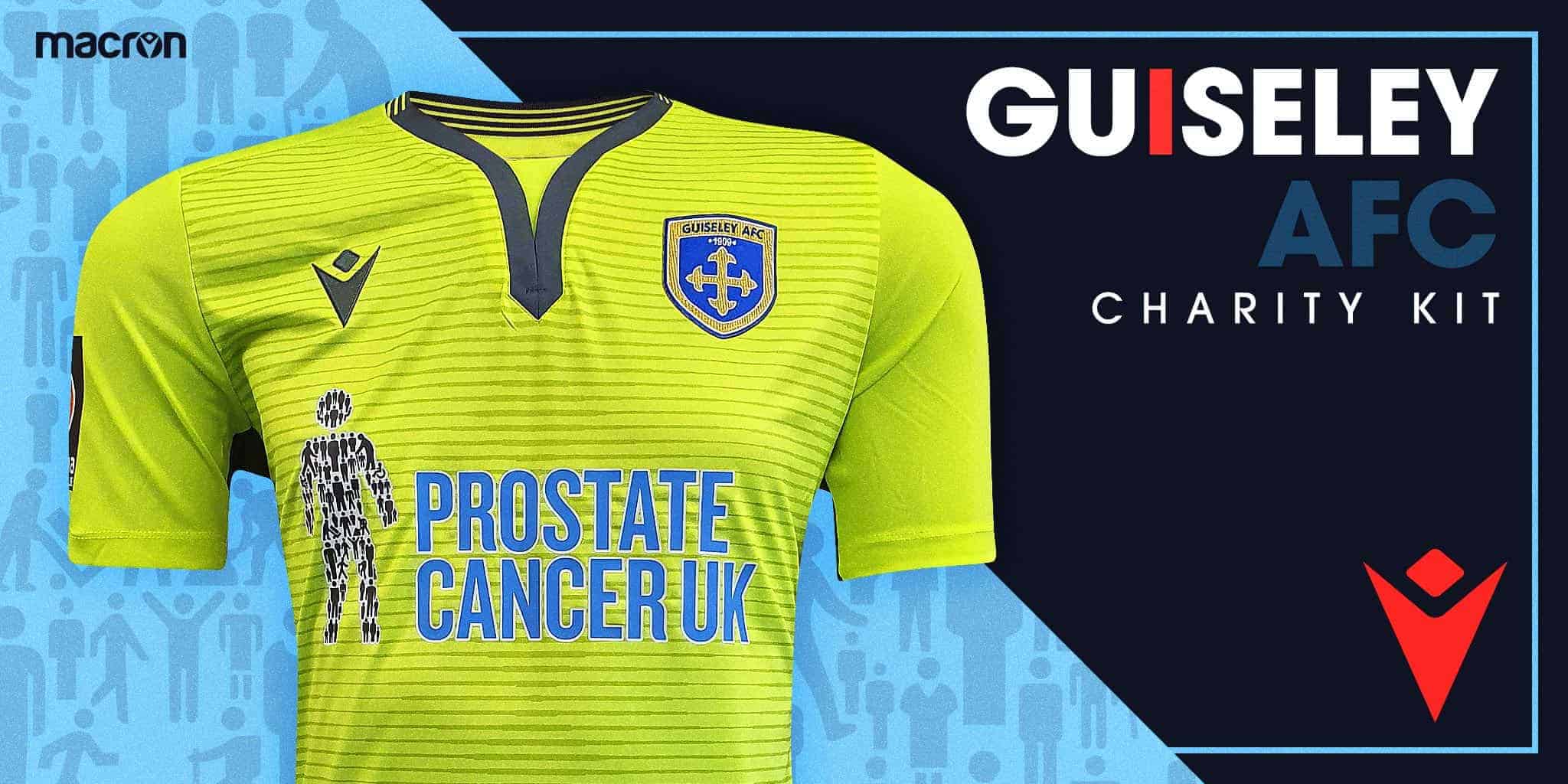 Back The Lions & Prostate Cancer UK.

This kit will be auctioned off following the game. Within the kit numbers 8 and 16 will be marked differently to highlight the number of men affected by this disease.

In a lucky coincidence Kettering Town FC were the first British club to have shirt sponsorship in 1976.

ICM Debt Recovery and Easy2Pay are our two generous benefactors and their names will be featured on the back of shirt and sleeve of this one-off kit, they will also watch the match as guests in the Directors’ Lounge and will each receive one of the seventeen shirts available.

The remaining shirts will be auctioned off to further raise funds for Prostate Cancer UK. The auctions will occur in the clubhouse after the match and over the next couple of weeks on eBay. 100% of the sponsorship and auction monies will be donated to Prostate Cancer UK. In addition, there will be collection tins around the ground during the match.

Guiseley AFC are playing a league match against Kettering Town FC in the MANarama National League North and whilst Kettering have struggled to get off the mark so far this season, nothing is ever taken for granted at this level.

Guiseley have got off to a flying start this season, featuring a young and exciting team including Aaron Martin, currently the top goal scorer in all divisions of men’s football – he has scored two hat-tricks so far this season! So come along and see why non-league is so exciting.

Prostate Cancer UK is once again the National League’s official charity partner to help raise awareness of a disease which will affect one man in every 8. For a second successive season, The National League has changed its competition name on a temporary basis in support of official charity partners Prostate Cancer UK. The League’s sponsors and long-time supporters of Prostate Cancer UK, Vanarama, have again agreed to use their sponsorship in support of the leading men’s health charity until November 9th. Last year, the MANarama campaign raised over £150,000 to help stop prostate cancer being a killer.

MANarama ambassador Vinnie Jones said: “I am beyond proud to back this MANarama campaign. It combines two things which are so important to me; grassroots football and fighting cancer.”

“I started playing football in Non-League so I know that these clubs are at the heart of local communities. I don’t need to explain why the fight against cancer is so important for me.”

To donate to this great cause please visit: https://www.justgiving.com/fundraising/guiseley-afc