Too Little Too Late As Lacklustre Lions Slip To Defeat

The form that has seen Guiseley rise to the play-off places deserted them for the first three quarters of this afternoons as former boss Paul Cox saw his new charges return to Northamptonshire  with all three points courtesy of a brace from Joel Carta aided by a top performance from goalkeeper Paul White who denied the home side right until the death when Aaron Martin grabbed a late consolation.

There was a minutes silence before the start of play to remember all of those who have sacrificed their lives for their country across the decades.

The first half was an insipid affair with nether side able to stamp their authority on the game with a the lack of creativity meaning a dearth of clear cut chances.

The few early openings saw Martin bring a fine save from White with a header from a corner after just five minutes and Connor Kennedy should have put the visitors ahead midway through the half but fluffed his lines from six yards out. 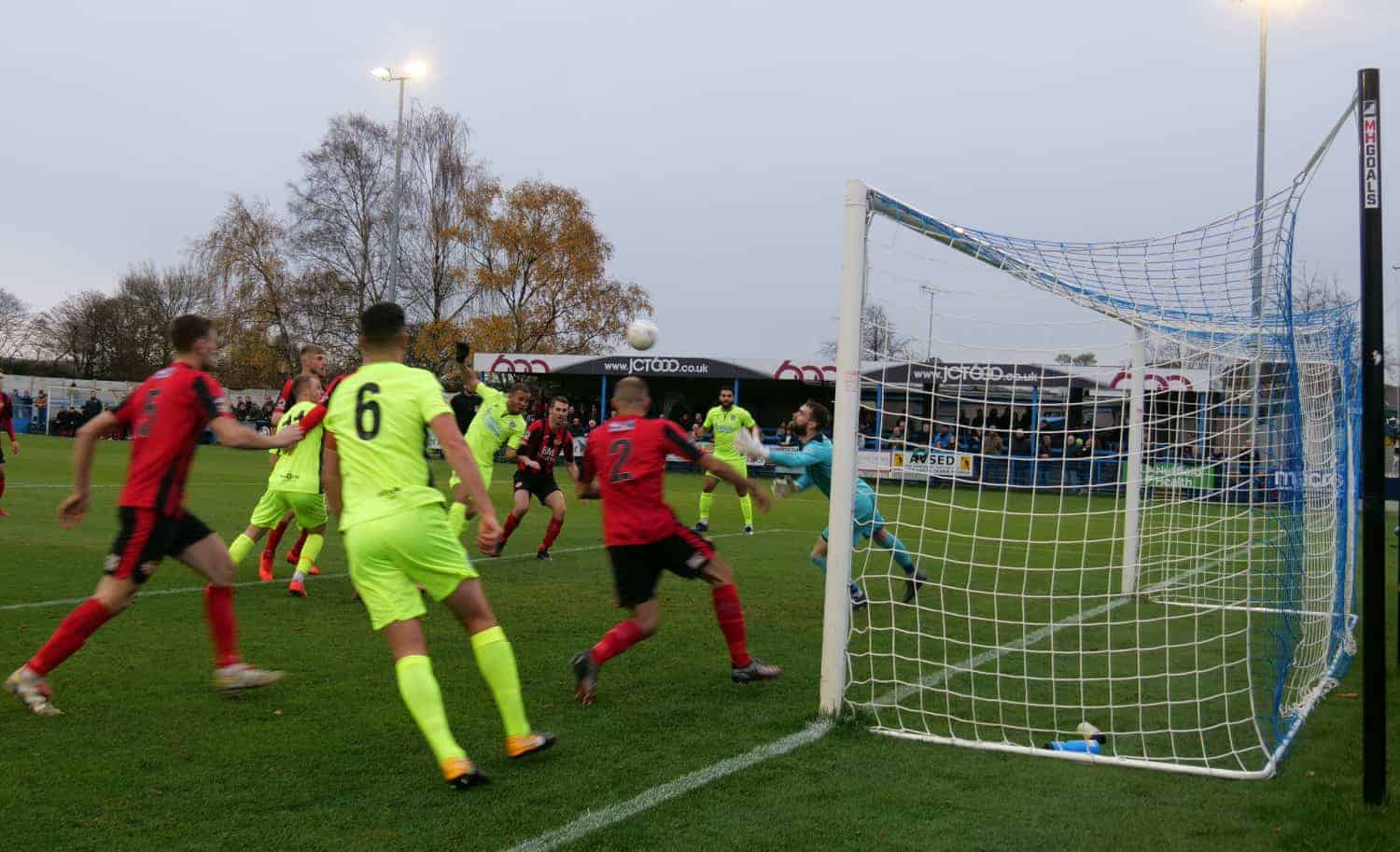 With halftime approaching the home defence allowed Aaron O’Connor a second bite of the cherry on the dead ball line and his speculative looping cross was converted by the unmarked Carta.

The same player was on hand again a minute into the second half when he again was found himself in space to bag his second.

Guiseley had already brought on the returning Lee Shaw for Sam Scrivens on the restart but suffered what looked to be a major setback when captain Scott Garner had to be replaced by Kennedy Digie.

But as it turned the Lions had their best period of the game as the introduction of Gabriel Johnson for Jamie Spencer saw the home side start playing out from the back and from one of these forays Martin had a great chance but coulld only shoot straight at White on 67 minutes.

The visiting custodian then pulled off a stunning save from Shaw as he swooped to his right to palm away the strikers shot at full stretch. 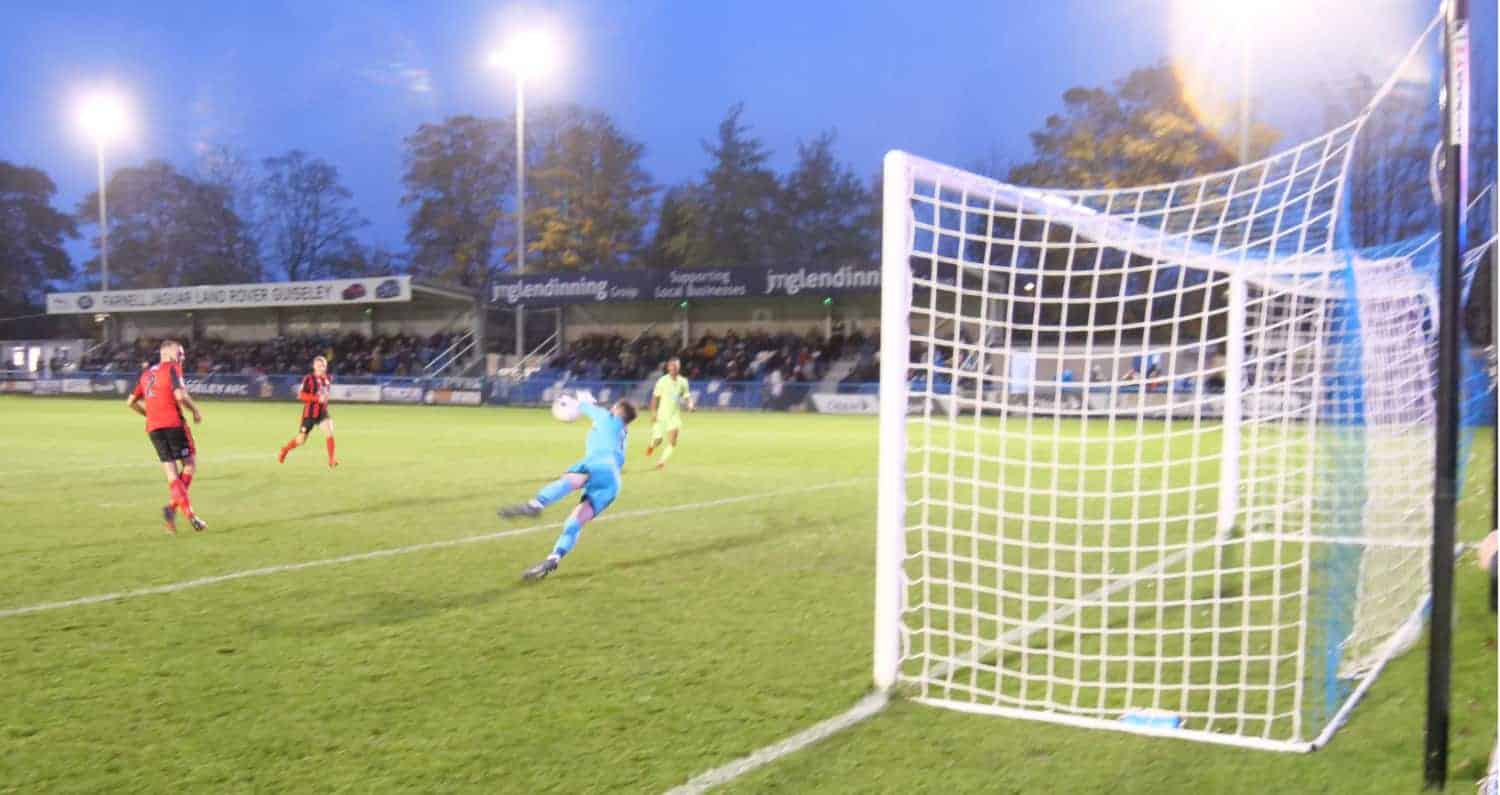 Johnson was next to try his luck but again White came to his sides rescue as he spread himself to block the substitutes effort which went behind for a corner. 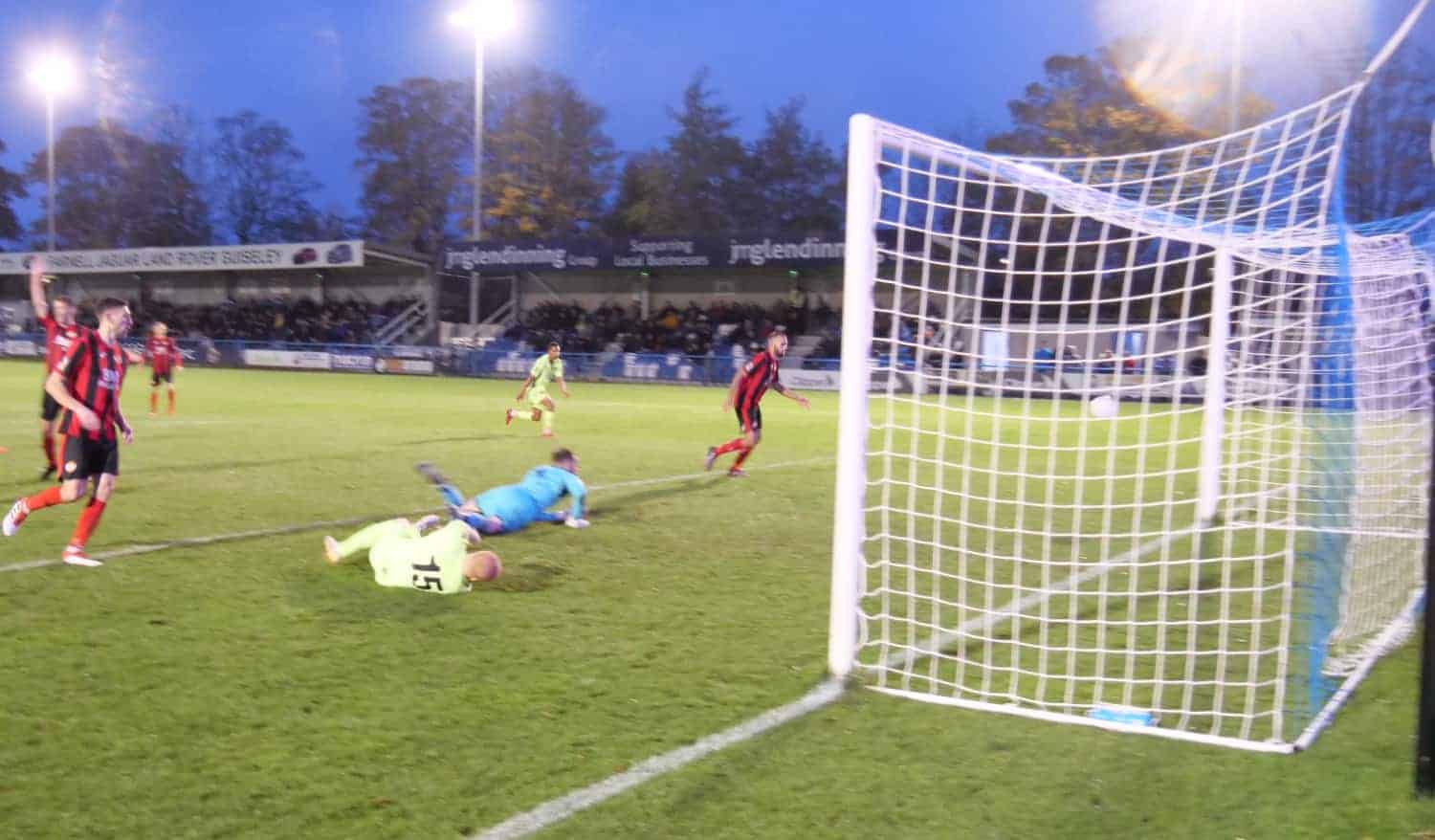 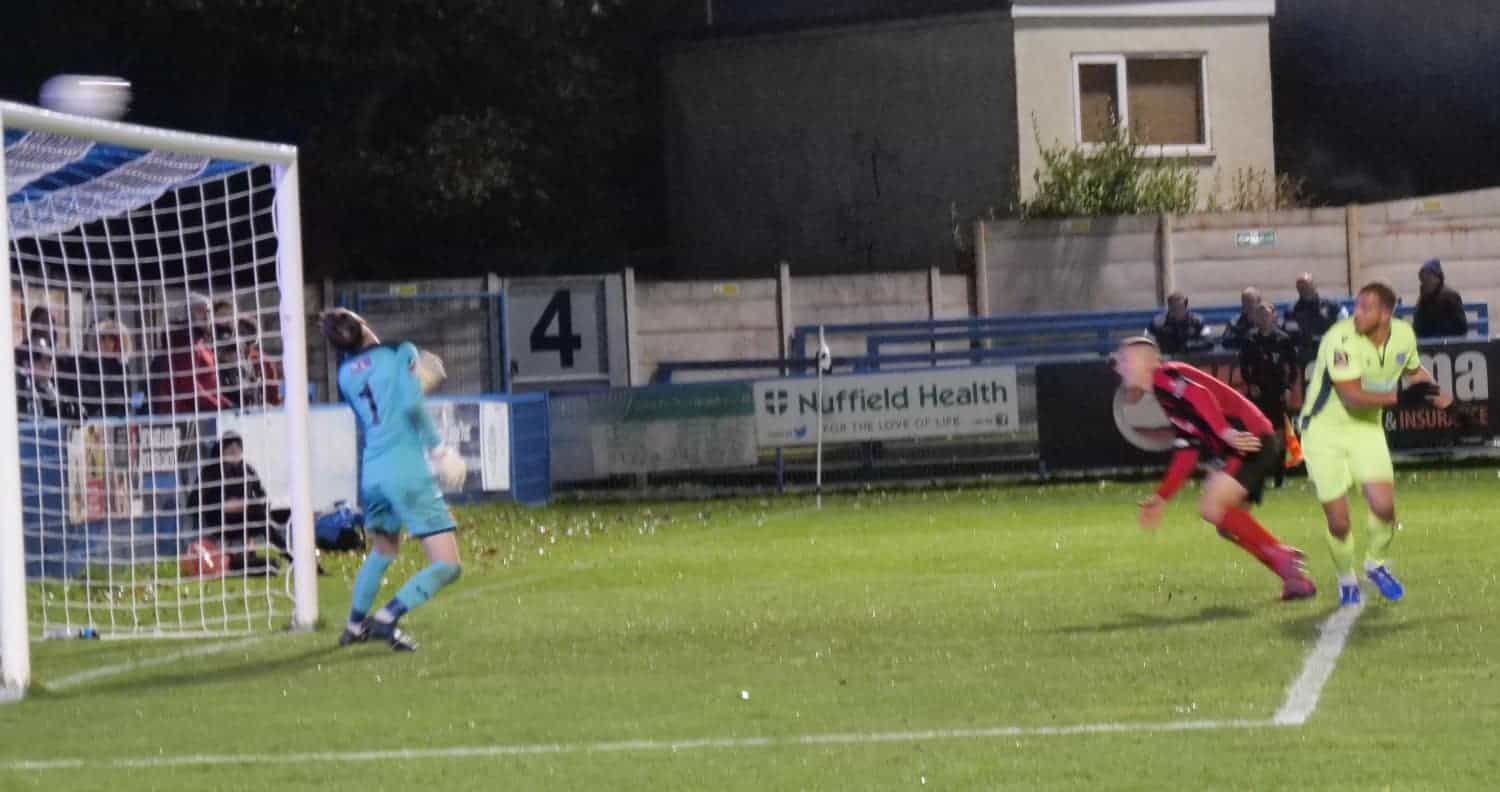 And White again earned his money as he blocked Felix’s shot.

However, the pressure paid off in the end as Felix’s cross to the far post caused mayhem in the visitors defence and Martin bundled the ball home but to no avail as the Poppies saw out the remaining time to register their second successive win under Cox. 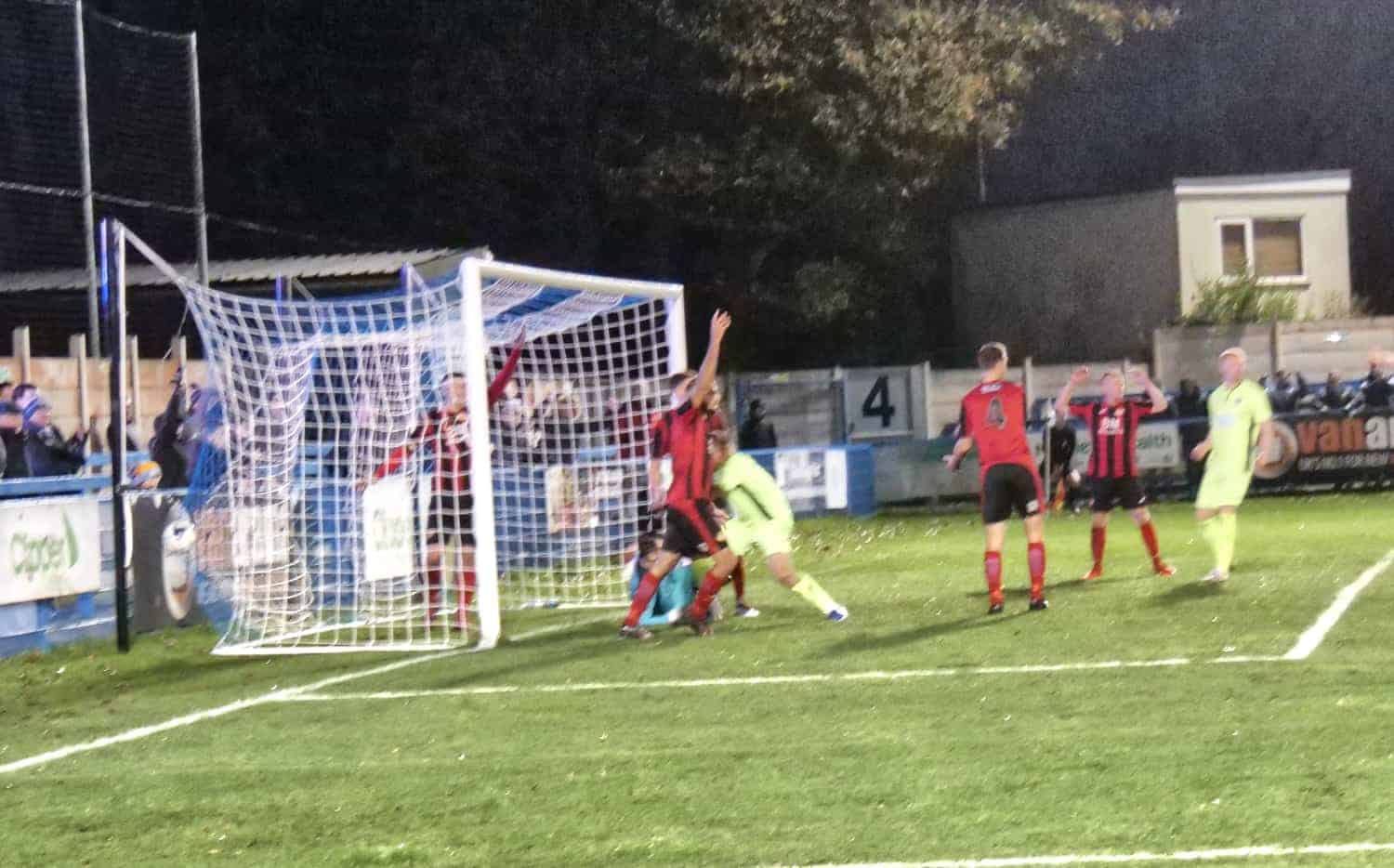