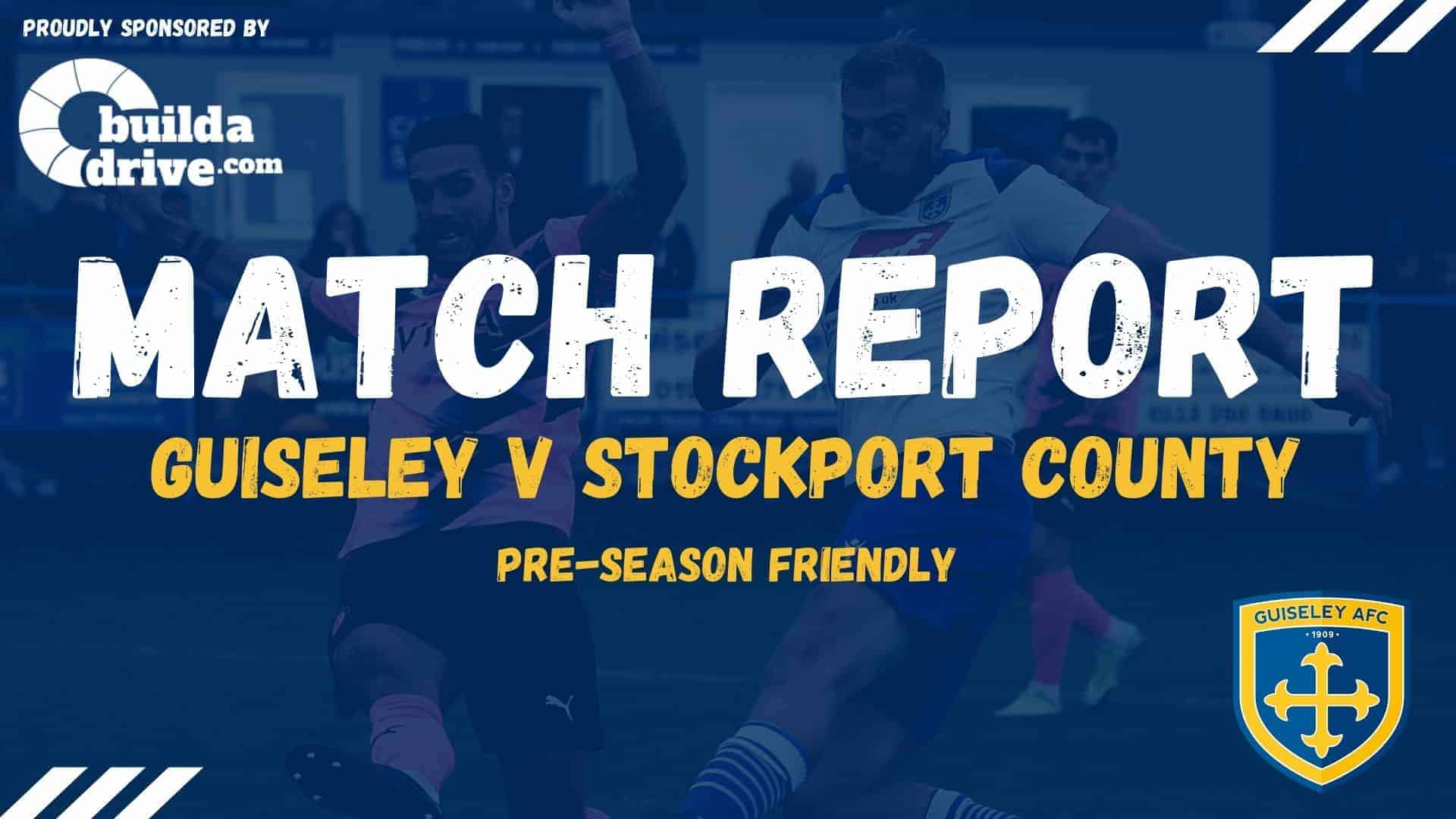 Stockport County arrived at Nethermoor as one of the favourites to win promotion to the EFL and they certainly showed their class with a comfortable 5-0 win at Nethermoor Park in our final friendly, read more in our match report sponsored by BuildADrive.com.

The Lions wore their new white and blue Macron Store Cardiff home kit for the first time but it was Stockport in their dazzling pink and black strip who shone in the Nethermoor rain.

It may have turned out differently though had Jake Day’s shot found the net in what was the first chance of the game, Lewis Hey found the big striker inside the box but Liam Hogan recovered well to block Day’s effort to see the ball spin just wide.

Announced in the hours before kick-off, new signing Regan Hutchinson worked his way into the box fending off a couple of visiting defenders before seeing his shot being blocked and cleared.

Stockport were beginning to threaten and it was former Lion John Rooney who netted for the third time in three games against his old team with a pinpoint free kick from 20 yards out to open the scoring.

They didn’t have to wait long for the second when Luke Jackson did well to save a County header from Will Fish but Ben Barclay was there to sweep in the rebound to double The Hatters’ lead just three minutes later.

This knocked the stuffing out of The Lions and Stockport started to press and in the 36th minute Tom Walker was fouled in the box which saw referee Jamie Waters point to the spot. Former Fleetwood Town man Paddy Madden stepped up and slotted past Jackson who went the right way but couldn’t stop the spot kick.

It put County in the driving seat and the half petered out as the rain continued to fall at Nethermoor.

The second 45 started in the same manner the first half ended with the first real chance of note resulting in a goal for the visitors in the 60th minute.

Scott Quigley’s low cross took a hefty deflection from Hamza Bencherif and ended up in Jackson’s net as the captain tried to stop Madden adding a fourth.

Stockport continued to dominate and nearly scored a fifth through Hogan but his header bounced off the post and into Jackson’s hands.

Jackson had a busy few minutes as he then had to pull off a double save from Walker and Will Collar to preserve the four goal deficit.

Substitutions from both sides interrupted the flow of the game from there on in and it was Madden who netted in the final minute to finish the scoring, Quigley’s shot was well saved by Jackson but Madden showed great reactions to slot home the rebound from distance leaving the Lions keeper with no chance of stopping his effort.