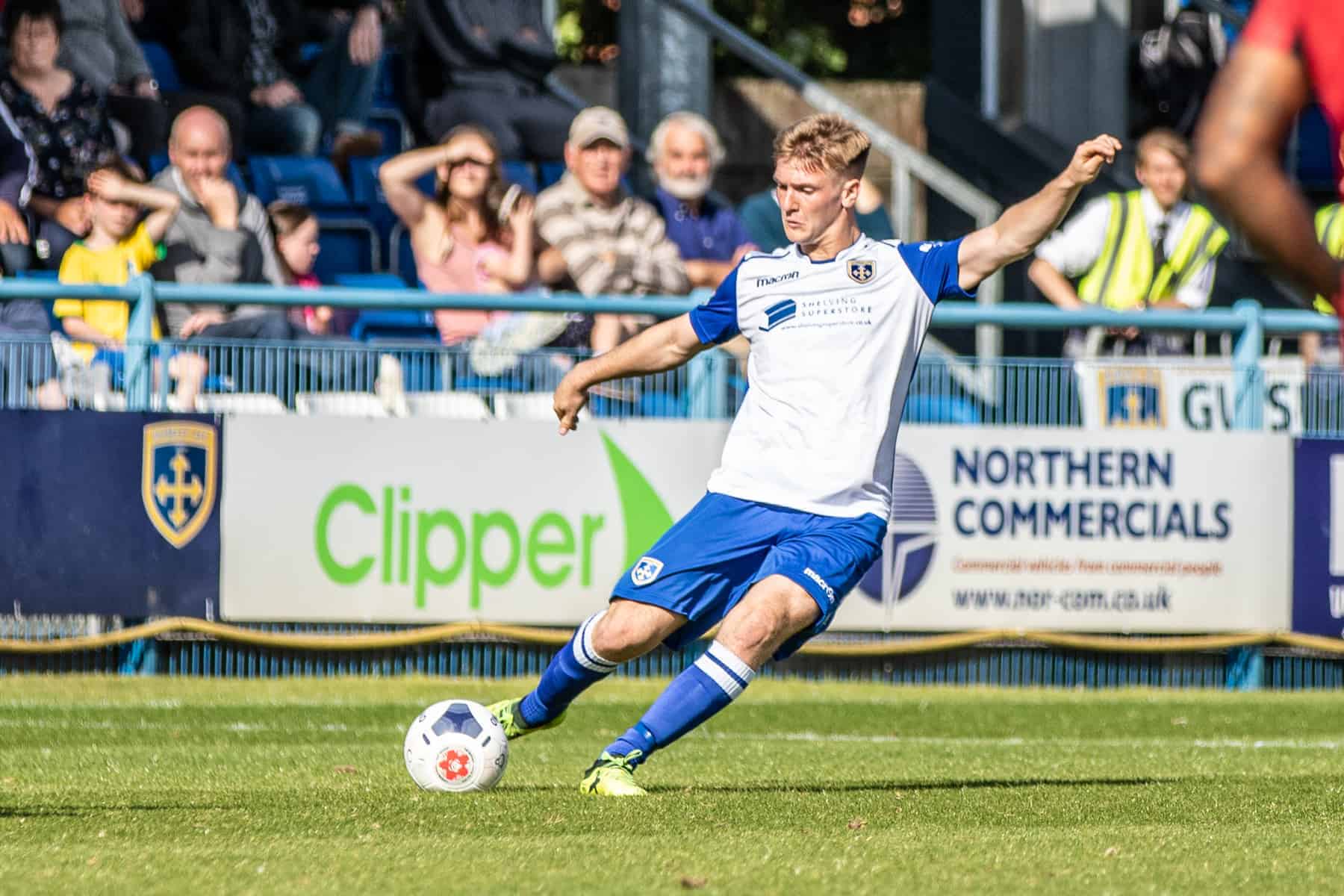 We can confirm that Jamie Spencer has rejected a new contract at the club and signed for fellow Vanarama National League North side Spennymoor Town.

Jamie joined The Lions from Bradford (Park Avenue) in the summer and made 23 appearances, striking six goals, after missing a chunk of the campaign through injury.

Despite being offered a second year at Nethermoor the central midfielder has opted to join The Moors who finished one place above us in the final PPG Vanarama National League North table.

We’d like to thank Jamie for all his efforts whilst with The Lions and wish him the best of luck for the future.