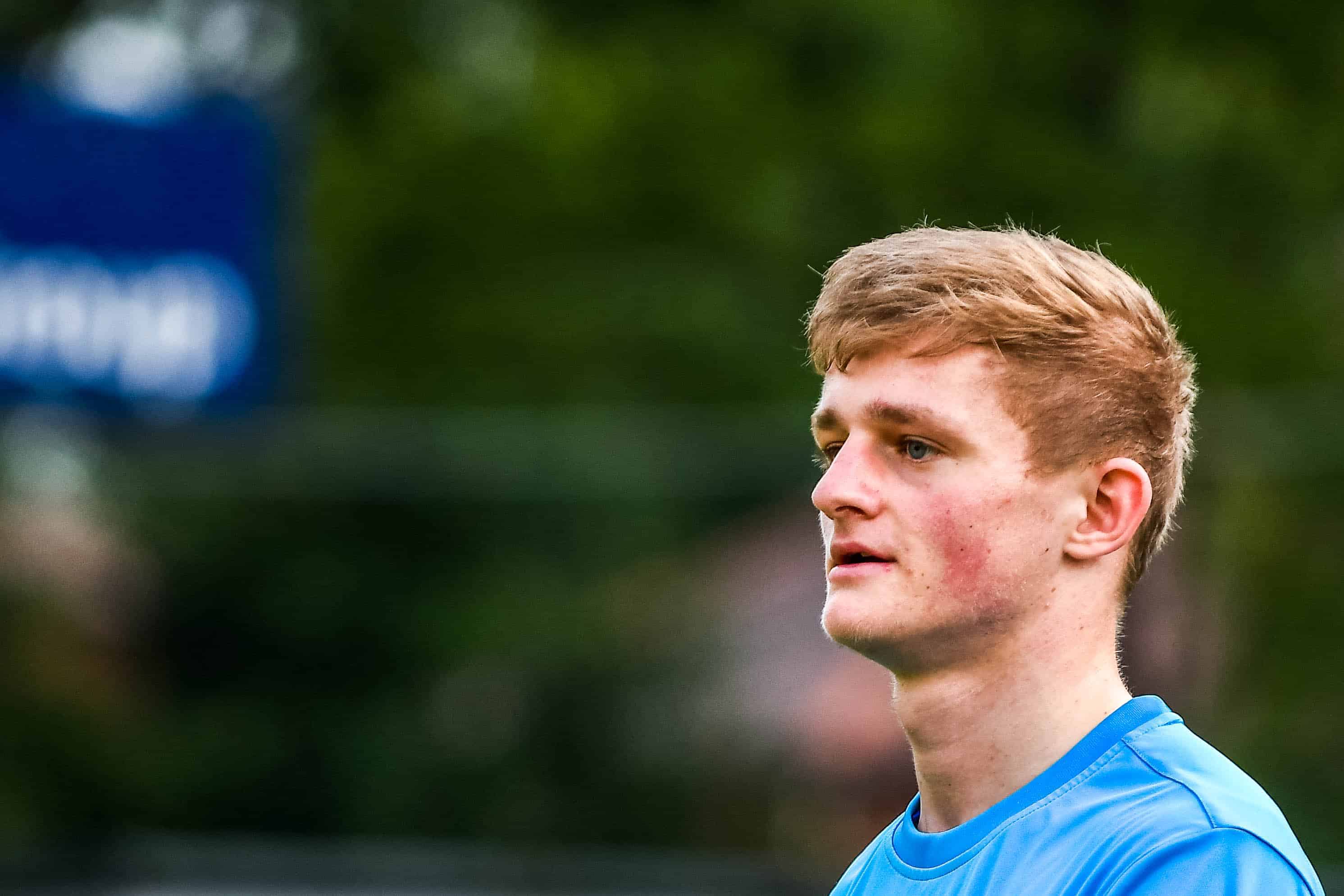 We are pleased to announce that young winger Scott Smith has signed a new contract with the club after making a big impact in the first team games he played last season.

The 20 year-old is another Guiseley Academy product and he signed a first team contract in summer 2017 after impressing in pre-season training and warm-up games.

The Horsforth-based player joined the Academy Development Squad Under-16’s after being released by Bradford City. He was a key player in the all conquering Academy side.

In the past season he made 15 starts for the first team along with five sub appearances and scored some vital goals. Scott is looking for more opportunities in the coming season and is hoping to stake a claim for a regular place in the side.

He said:”Hopefully in the coming season I will be injury free and get more game time. I got my chance earlier than I thought when Russ and Marcus gave me opportunities last season but all that has done is leave me wanting to play more and improve more.”

“With the quality of players they brought in last season I did not think I would be involved very much but I was very happy to be play the games I did and maybe, without the injuries, I would have had a better chance to stake a claim for a regular place.”

“I am looking forward to the new season and hope to nail down a position of my own and score a few goals. Although I am happy to play anywhere I don’t really see myself as a winger, I like to play more central.”

With Scott signed up why not join him with a 2019/20 Season Ticket.