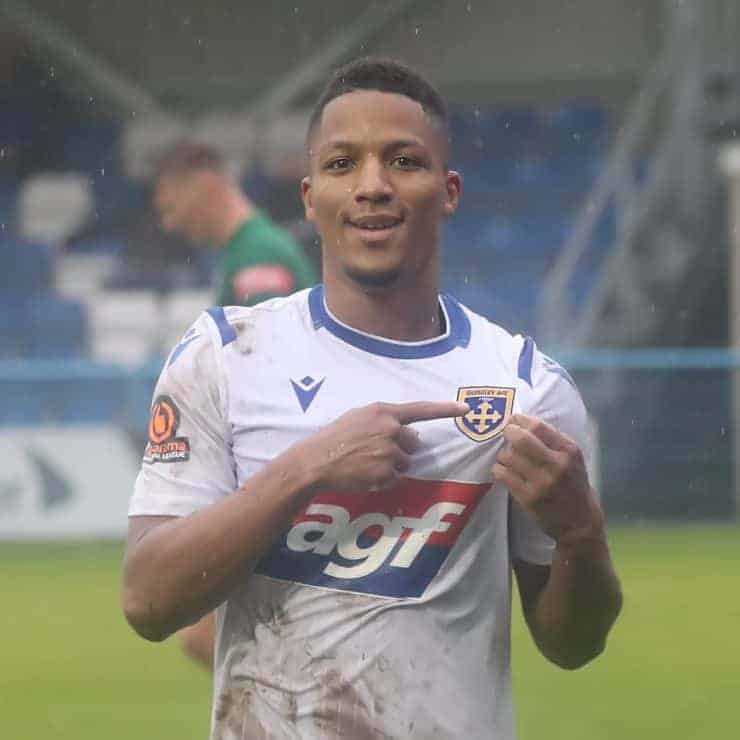 Following impressive performances as a trialist in the pre-season games against Bolton Wanderers and Leeds United Kaine Felix joined the club on 27th July 2018.

The winger impressed with his lightning pace and quick feet.

Following a connection with Peterborough United as a youth he then joined St Neots Town at the age of 16, eventually earning a move to Boston United, where he played alongside former Lions players Grant Roberts and Dayle Southwell.

Felix signed for York City in 2016 and in his time with The Minstermen he was loaned out to Stockport County for a spell.

He was released by York in October 2017 and signed for United Counties side Deeping Rangers before moving on to play for Leamington and Brackley.

On 17th May 2021 Kaine signed another new contract with The Lions for the 2021/22 season, reflecting on the cut short campaign the forward said “I personally did not think last season should have started at all. It became farcical and felt unsafe at times. It was strange with only five players at a time changing, no mixing with the volunteer staff who mean so much to the club and there was no normality. The world is not right at the moment. You are always on edge and the game cannot be played the way it is meant to be played.”

“I really hope that when we return to playing the fans will be allowed back in. The fans are a massive part of football. They give you that extra five per cent when you need it most, especially when you are tired. They give you more motivation.”