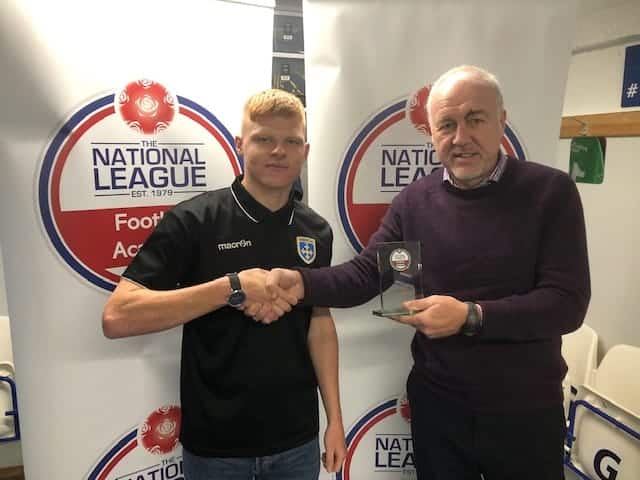 Nathan Newall of Guiseley has been awarded The National League’s Young Player of the Month award for October.

The 18-year-old joined the Lions four years ago and, after recently signing a contract with the Club, made his first-team debut as a substitute versus Altrincham.

The left-back, with the ability to play as a winger or striker, has spent time this season on dual-registration terms with Northern Premier League outfit Frickley Athletic.

After impressing in Step Four, Newall was quickly drafted in with the Lions for first-team duties.

Newall has also scored four goals as part of the Academy squad.

Guiseley sit in third place in the National League Football Academy North Division, with October’s highlight coming in the form of an emphatic 11-3 victory at Boston United.