With the first team management having extended their contracts for another two and a half seasons The Lions showed some of the grit and determination they have instilled in the team by coming from behind with goals from Kaine Felix and Gabriel Johnson giving them their first home win of the new decade.

The home starting lineup showed just one enforced change due to injury as Lee Shaw replaced Chis Sang up front and the welcome return from injury of leading scorer Aaron Martin.

Gloucester, who are batting at the bottom of the table, got off to the best possible start when the unmarked Liam Daly headed home a corner from the right at the far post with just five minutes gone.

The home side responded with two corners of their own which saw captain Hamza Bencherif go close as his two headers finished up on top of the netting.

Shaw went one better on twelve minutes when he poked home a loose ball from another corner only for his joy to be cut short by an offside flag.

The rest of the half saw plenty of effort but few openings being created and the visitors suffered a blow when Joe Hanks had to be stretchered off after a lengthy spell of treatment following a clash of heads with Aram Soleman. Alex Hainault replacing him.

Guiseley started the second period on the front foot and forced three consecutive corner which all came to nothing.

However, the turning point came on 61 minutes when Martin replaced Kennedy Digie and almost immediately set about causing havoc in the visitors back four and the equalizer wasn’t long in coming.

Three minutes after his introduction the striker chased down a seemingly lost cause and got the better of Jack Senior before playing a the ball into the middle where it eventually fell to Soleman who beat two defenders only to see his shot blocked but Shaw was on hand to lay it on for Felix to shoot home from ten yards out.

Now with their tails up The Lions went for the kill and the Tigers had keeper Zachary Jeacock to thank for keeping them in the game as he clawed Shaw’s effort out of the top corner. 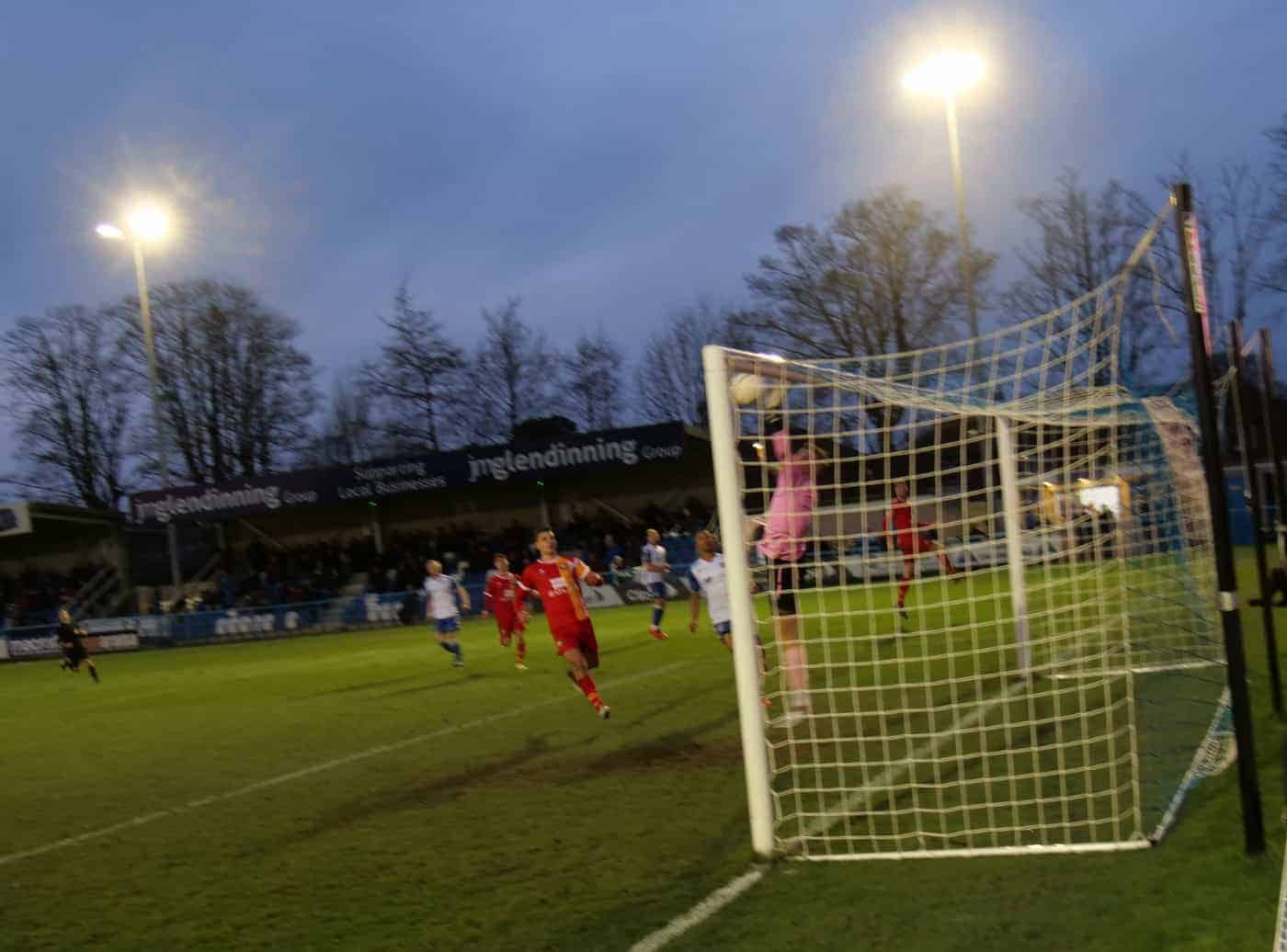 But minutes later he was beaten by a Johnson’s in-swinging corner from the right that went straight into the net via the far post to put the home side ahead. 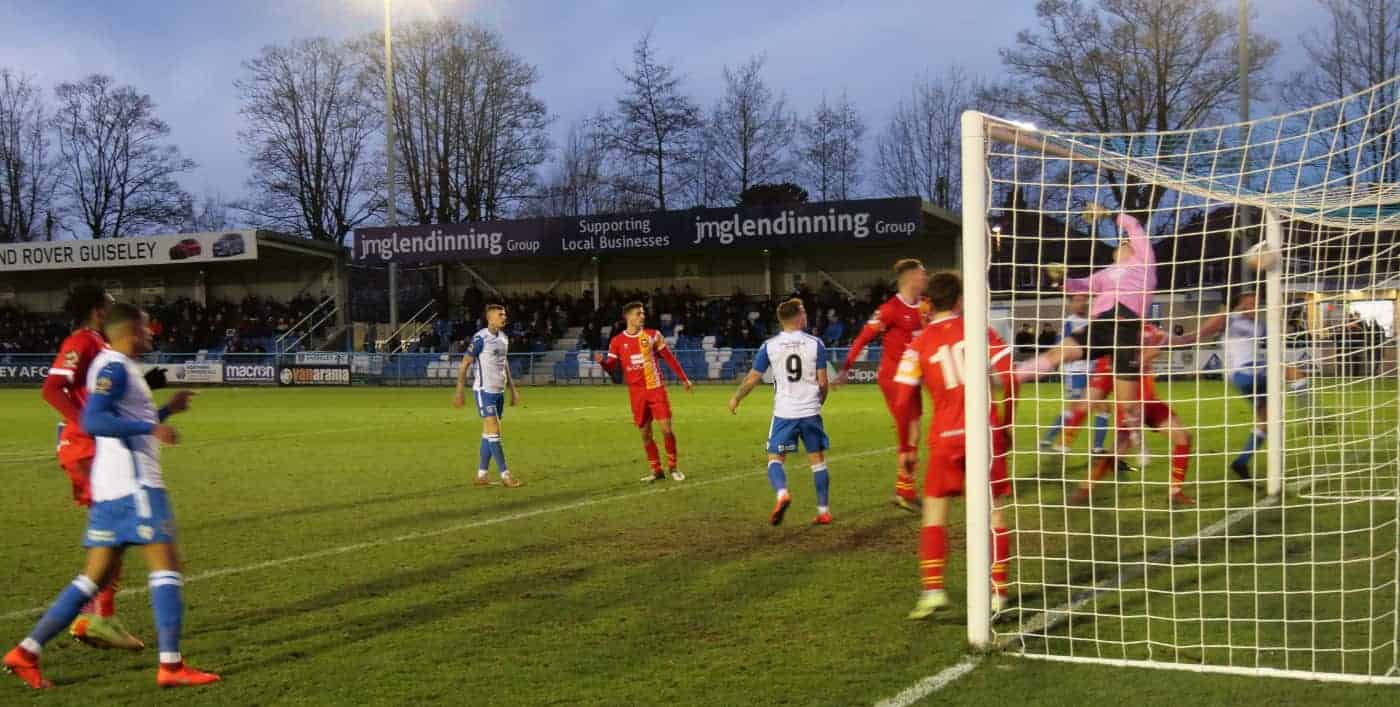 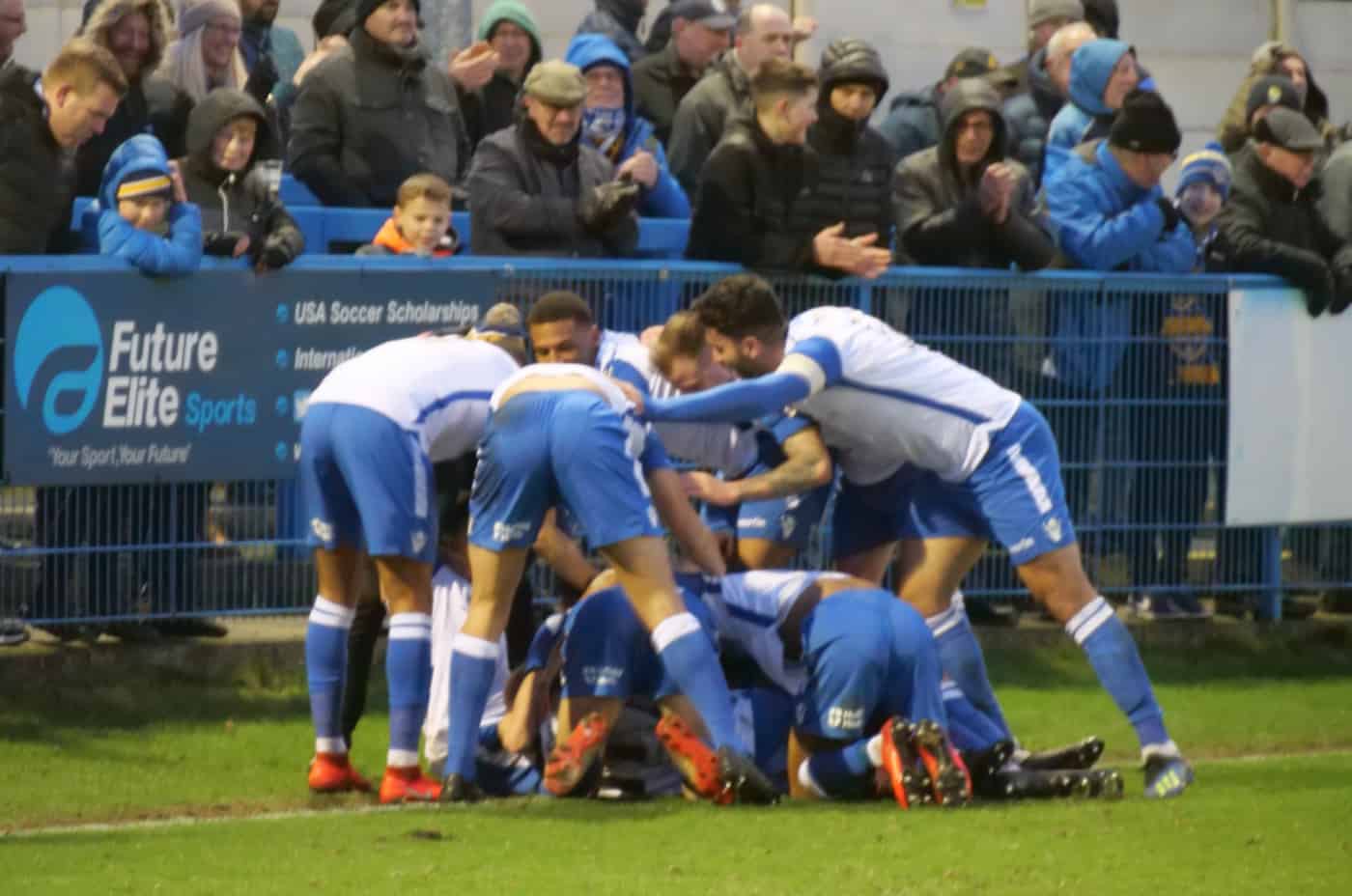 The ex-Brighouse Town man should then have sealed the deal but pulled his cross shot just wide of the post after Martin had found him with a pinpoint cross.

Bundle of energy Martin looked to be trying to make up for lost time with two efforts in quick succession and a shot on the half volley that was millimeters wide late on. 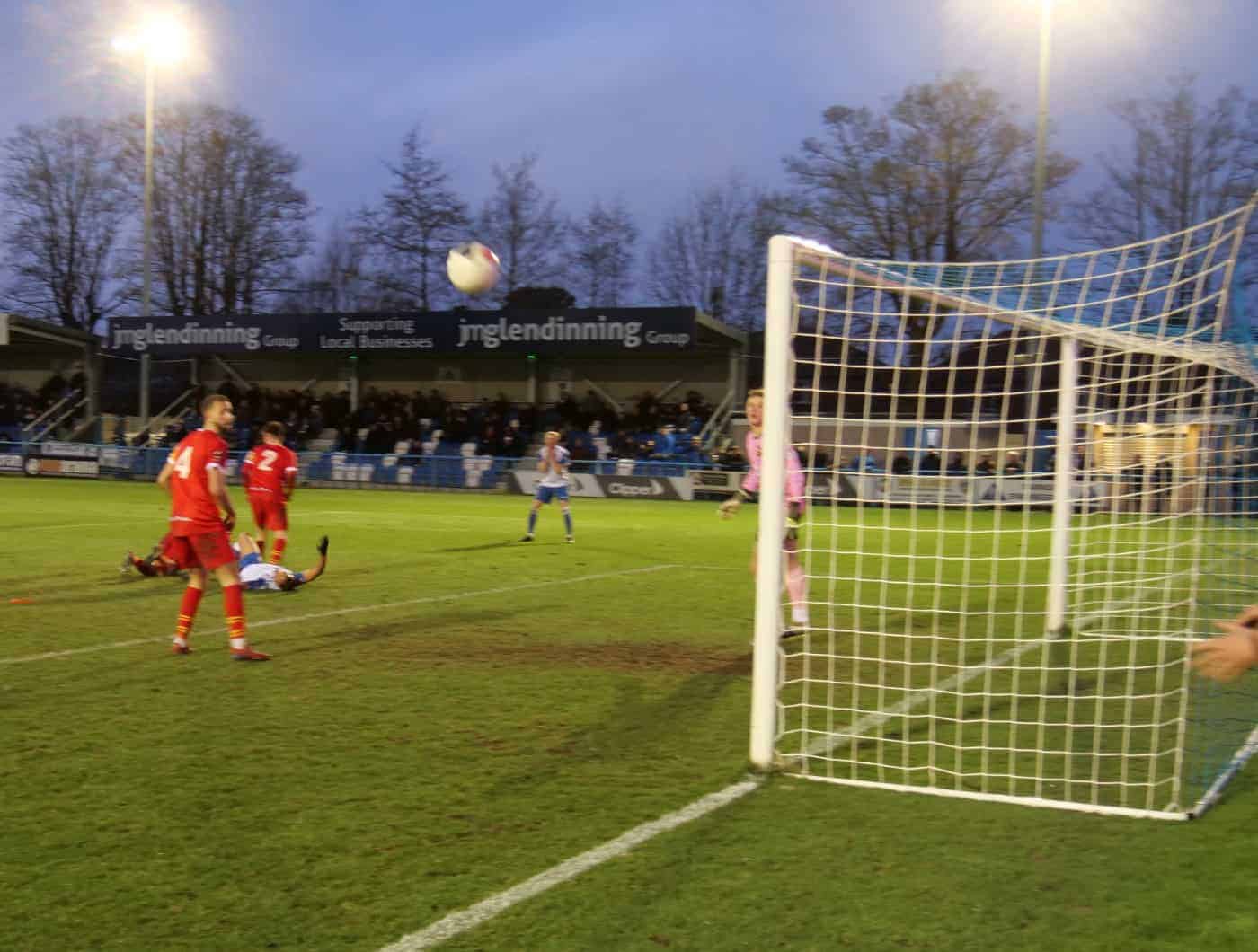 The win moves Guiseley up to sixth in the table level on points with Darlington who they meet at Nethermoor this coming Tuesday 7:45pm ko.

The news about Hanks is that after having being taken to hospital by ambulance is that he has been released and has returned home and all at Guiseley wish him well in his recovery.