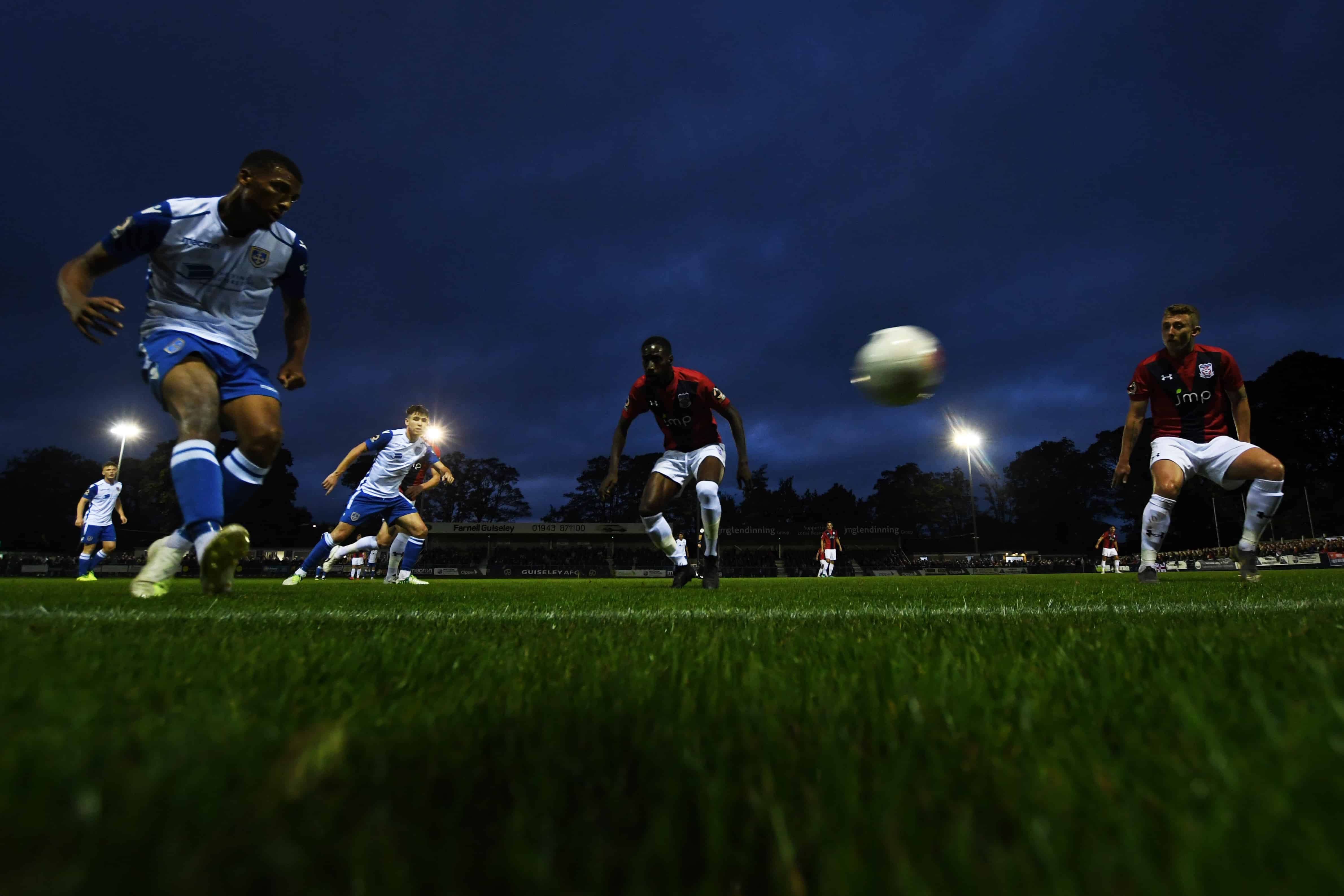 03/10/2019
Comments Off on MANarama’s September Assessment

Lions roar in September but what does October have to offer?

League sponsors Vanarama hope you will get involved as MANarama makes a very big return!

The Good, the Bad and the Ugly…

August was always going to take some topping for the Lions. However, opening the month drawing with York was the perfect way to start. Defeats to Chester and Gloucester came either side of a fine win over inform Hereford.

What about the others in September?

Farsley Celtic had a perfect month while Brackley Town and Chester turned up the heat on still-unbeaten leaders York City. Elsewhere, Mark Bower is back in the Bradford (Park Avenue) hotseat while Nicky Eaden was shown the door at Kettering.

Hereford look a different prospect under new boss Russell Slade, but Guiseley weren’t going to play along to their script. A 3-0 thumping ensued – making them the only side to lay a glove on the Bulls all month.

Could Aaron Martin really continue his impressive form? You bet he could! The enigmatic striker scored all but one of their five league goals including a hattrick in their win over Hereford.

Aaron Martin’s goalscoring efforts have made him one of the hottest strikers in Europe. His tally of 14 trumps anyone in the continent’s top leagues.

Their only win of the season was a convincing one, but Marcus Bignot thought his side could’ve showed even more quality. He said: “The encouraging thing was that even though we won 3-0 we were disappointed in our performance.”

How do things compare to last September?

Despite their poor season overall, the Lions actually faired much better 12 months ago in September. Two wins and a draw softened the blow of a defeat to York City later in the month.

On the evidence of the table so far, Guiseley should be rubbing their hands together. All three of their games come against bottom half sides – Altrincham, AFC Telford and Darlington

While we’ve got you, we would love you to….

Get involved with the MANarama campaign as we try to combat Prostate Cancer.

Give… donate to Prostate Cancer via text

Go… then bring others into play by sharing on social media with #GiveAndGo.

The National League sponsor Vanarama have recently launched the Club Reward scheme to help fans back their club’s budget. Every time a fan takes out a brand new van lease with Vanarama or a brand new car lease with Motorama their club will earn £100 and you will receive £30 cashback!

For the latest van leasing deals head to Vanarama.

For the latest car leasing deals head to Motorama.