Guiseleys first pre-season game at Nethermoor ended in a narrow 1-2 defeat to Vanarama Nation side Halifax Town, this despite the Lions creating a host of chances, read more in our match report sponsored by BuildADrive.com. 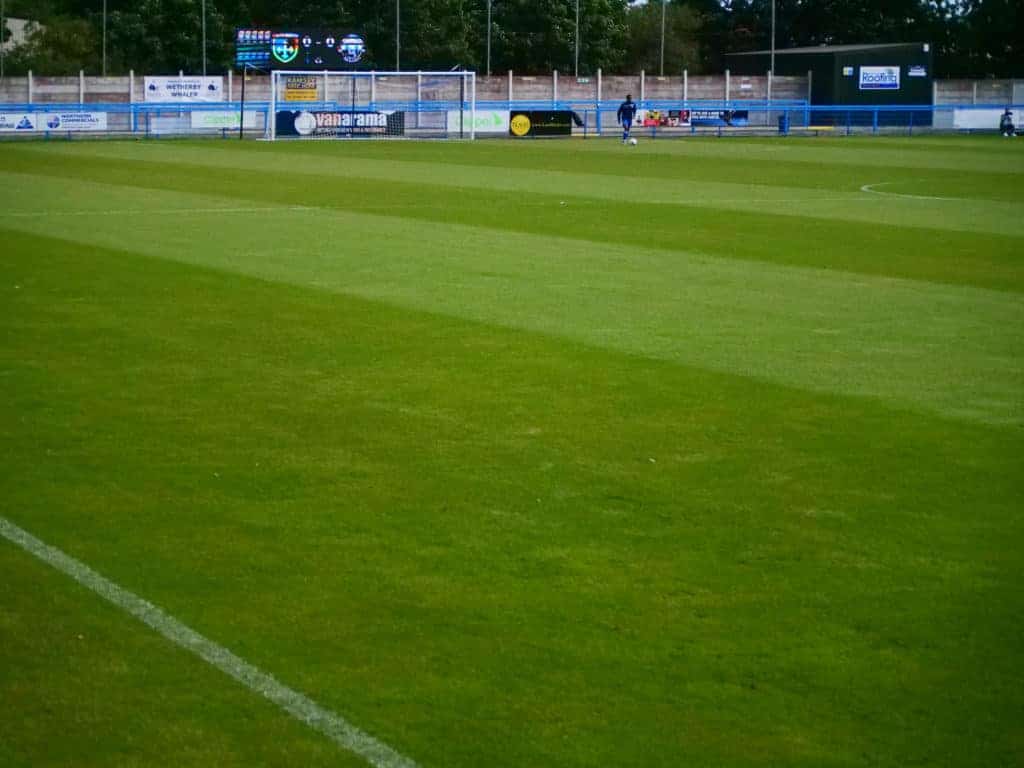 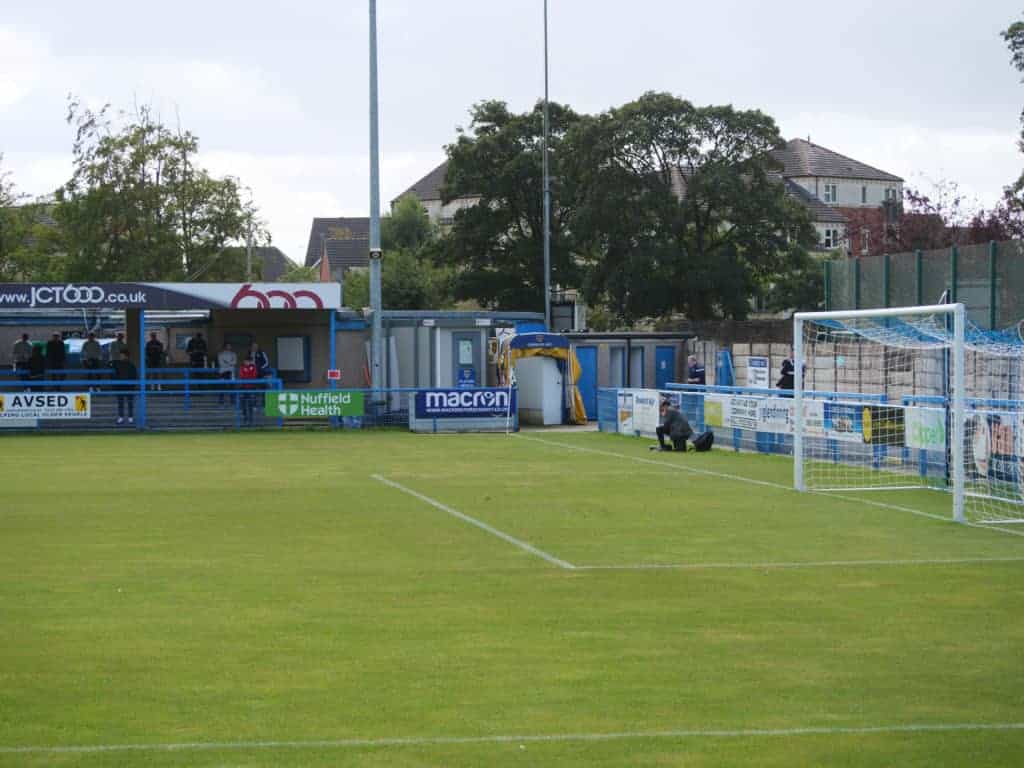 Both sides started at pace with some neat passing on a perfect surface and the visitors were the first to threaten from a corner but the resulting shot went sailing over the bar.

Guiseley replied through Trialist number 10 but his effort was easily saved by Sam Johnson. However, it wasn’t long before Kaine Felix was back in the groove as he skipped passed two defenders and then shot across Johnson for the opener on 13 minutes.

Shortly after the same player nearly capitalised on some hesitancy in the Shaymens defence but Johnson was alert to the danger and manged to scoop the ball up before Felix could do any more damage.

The end-to-end play continued and when Halifax forced a corner on 23 minutes Niall Maher was on hand to force the ball home at the far post and worse was to follow five minutes later when the visitors launched a quick counter attack which Jamie Allen finished off with a shot into the far corner to put Town ahead. 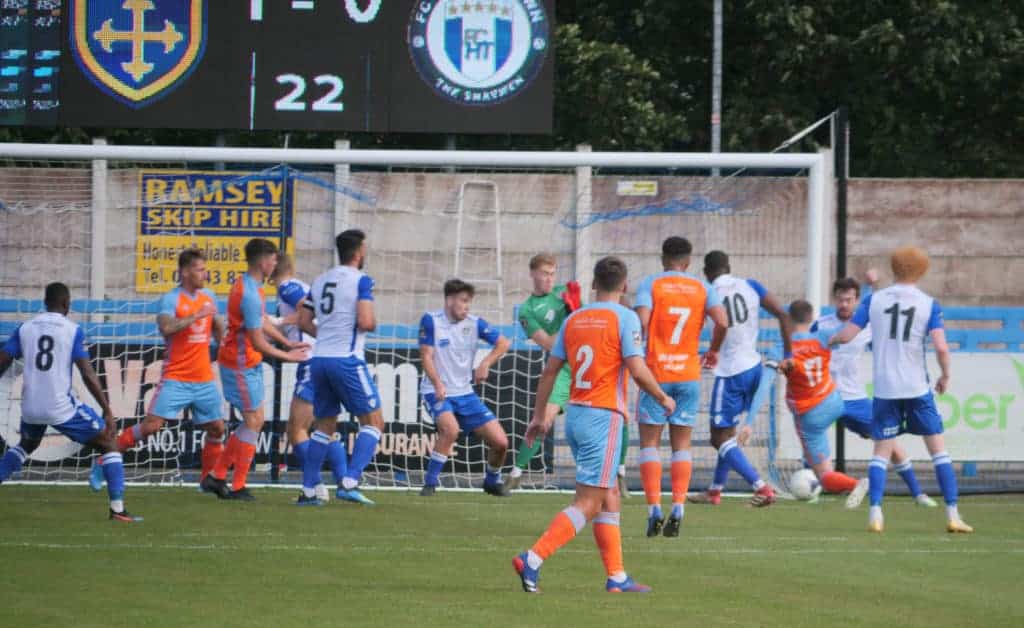 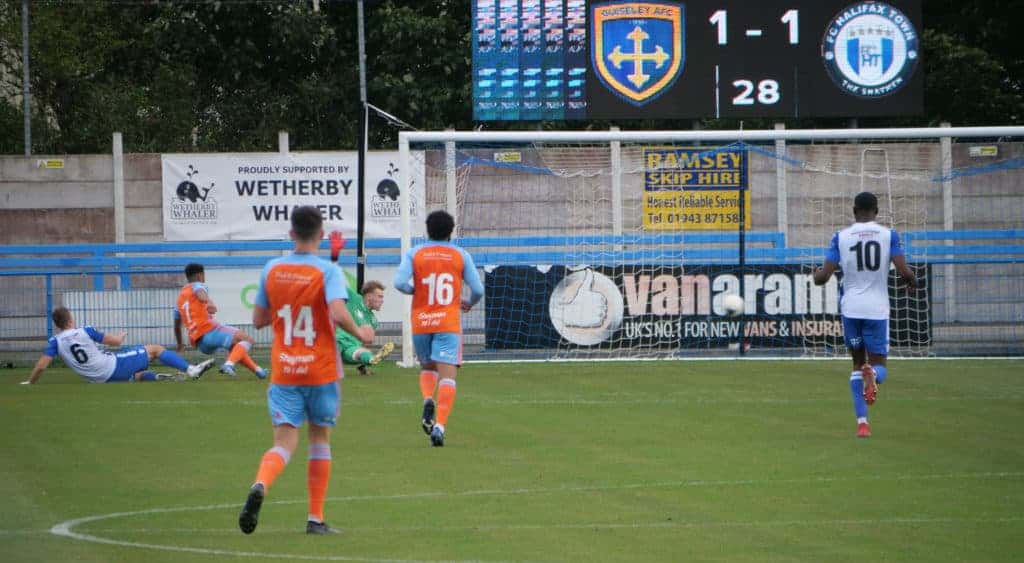 George Cantrill was having some success foraging down the right flank and put in several telling crosses that were just begging for someone to convert, but unfortunately his colleagues were two steps behind him and the chances went begging.

Trialist number 10 was instrumental in creating  a chance for Mark Howarth but the forward’s shot ended up in the car park.

Felix went close on the restart but his effort was deflected behind and then the Trialist keeper saved his daisy cutter as the Lions went searching for an equaliser.

As they applied the pressure Hamza Bencherif’s header setup Matty Gillam who produced an overhead kick that sent the ball just over the bar. The Guiseley captain then saw his glancing header go just the wrong side of the post on the hour. 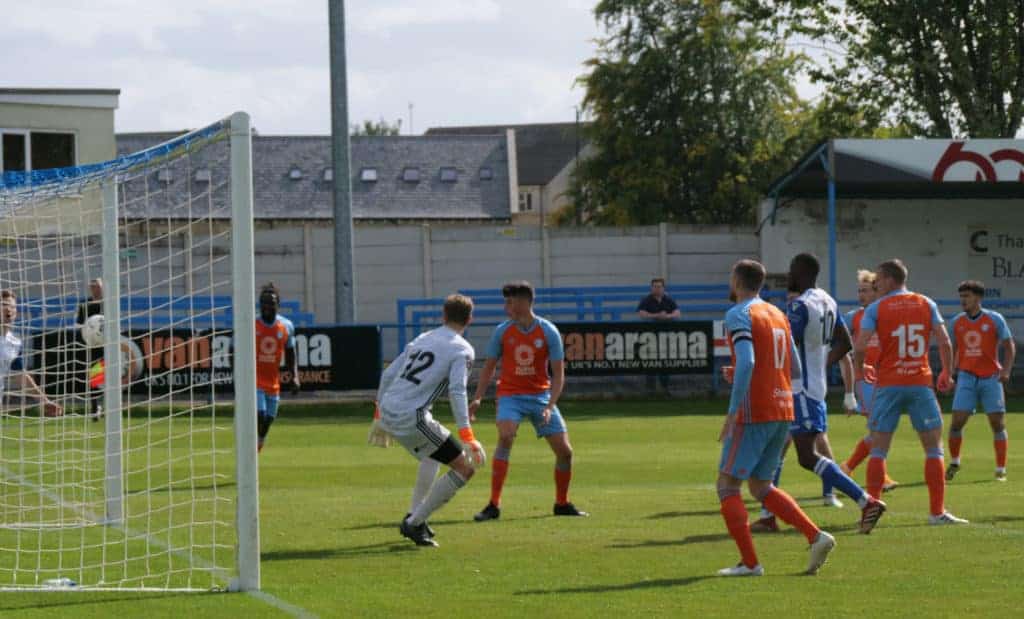 Back down the other end Bencherif was on hand to prevent Halifax adding to their lead as his intervention broke up a promising attacking move and Guiseley’s Trialist keeper made two good saves as the visitors came back into the game.

The Halifax pressure did pay off eventually though as they had the ball in the net but the goal was cancelled out by an offside flag.

Gillam put his header wide from a good position and both Kaine and Gabriel Johnson went close  as the clock ticked down and the Trialist keeper tipped a Town effort over the bar in the closing stages as the Shaymen held out for the win. 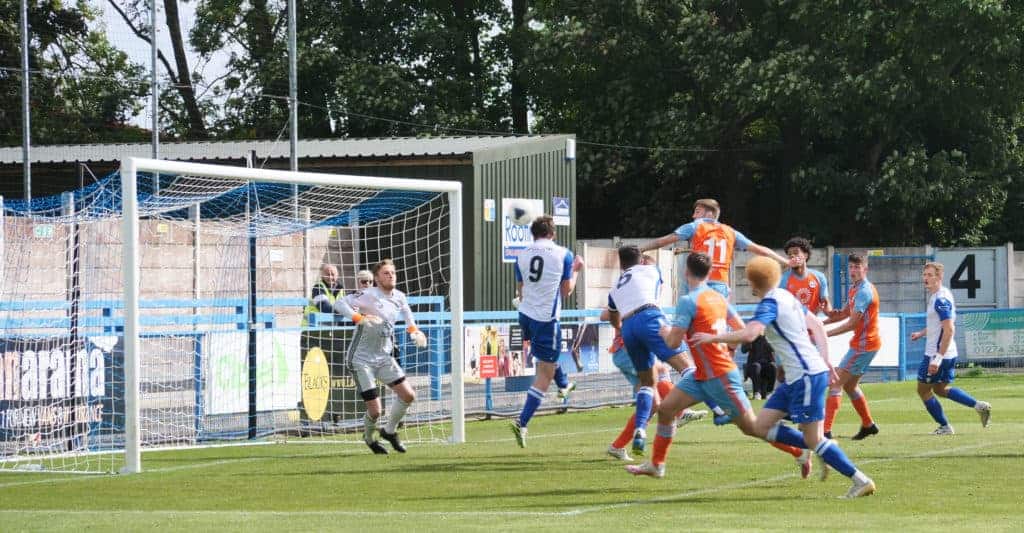 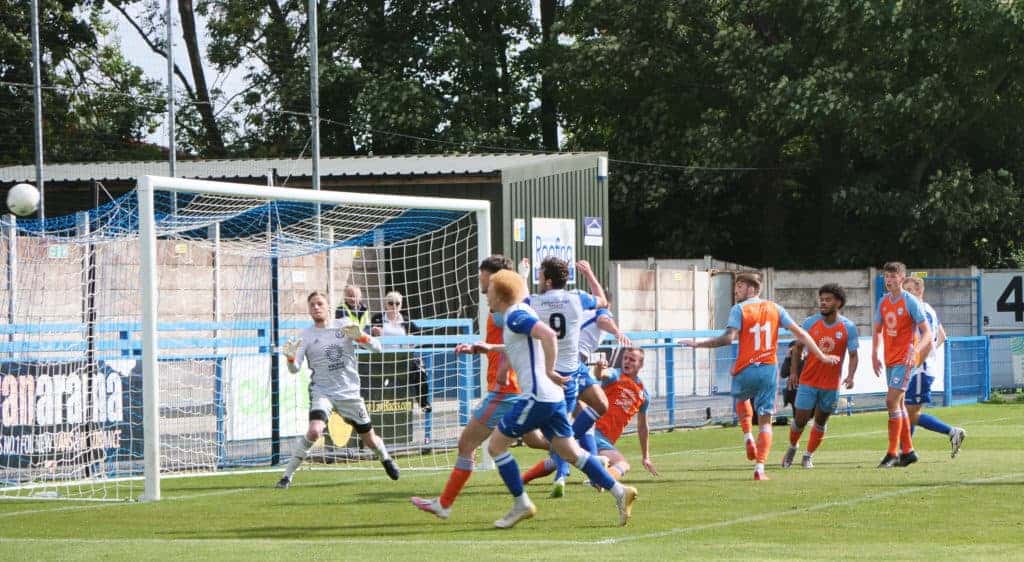 Russ O’Niell’s thoughts on the game: 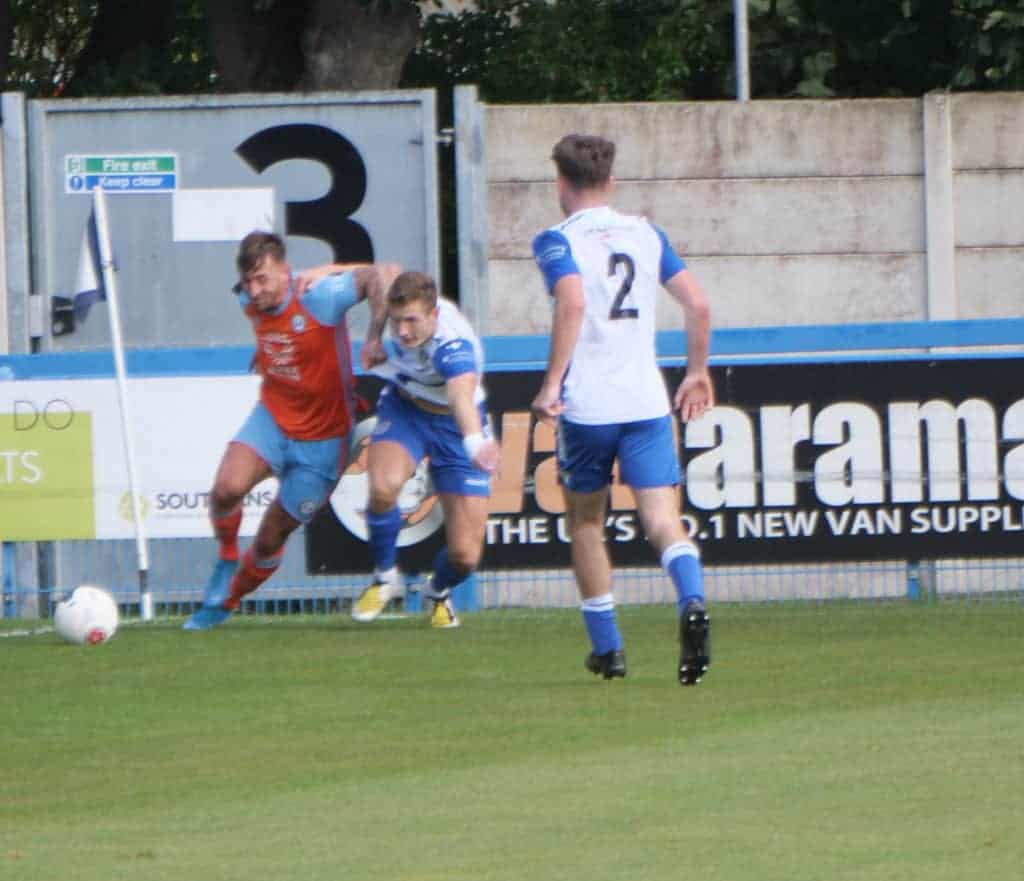 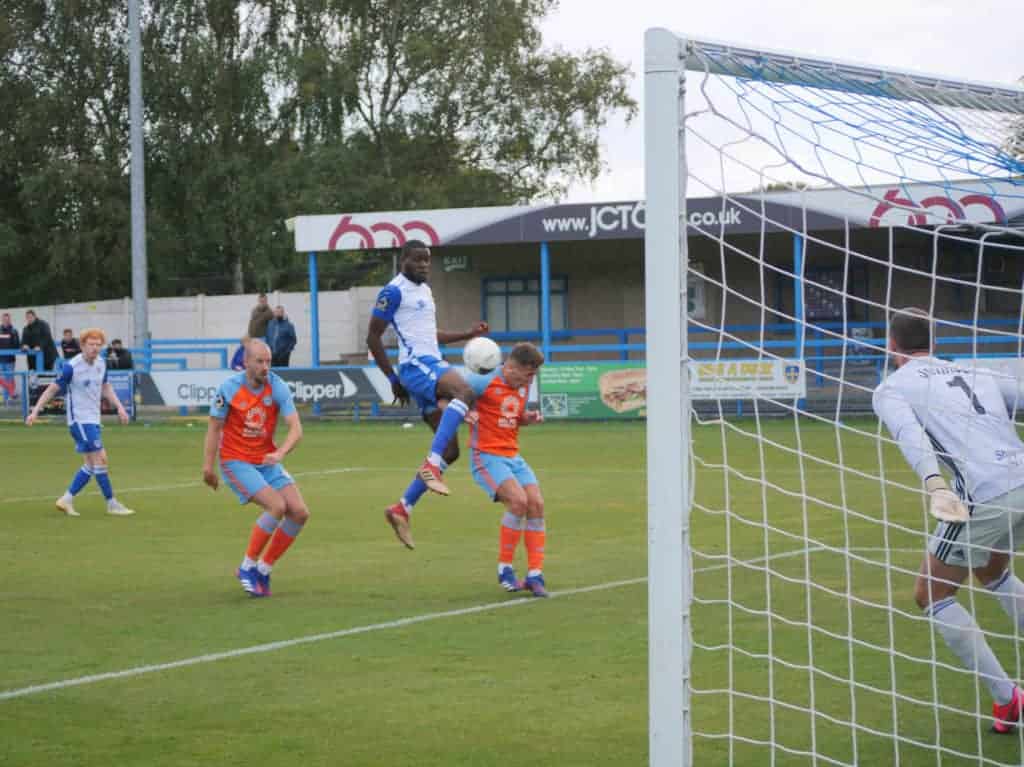 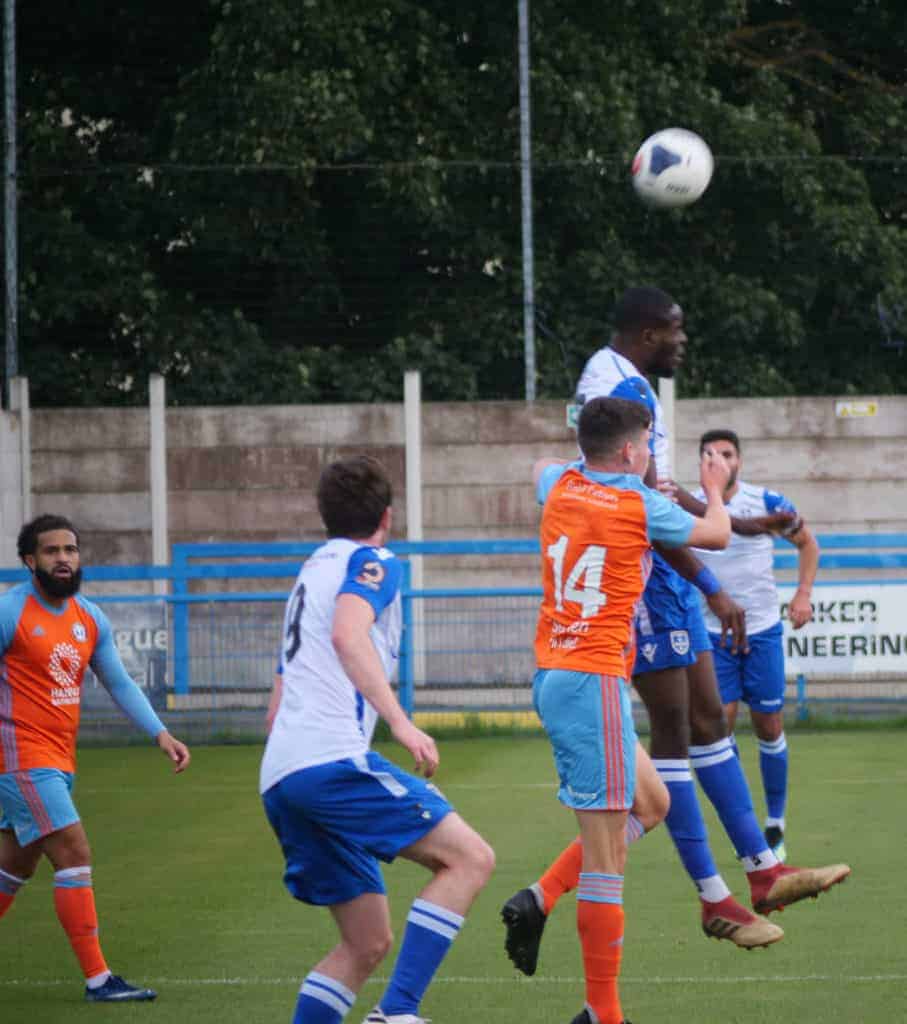 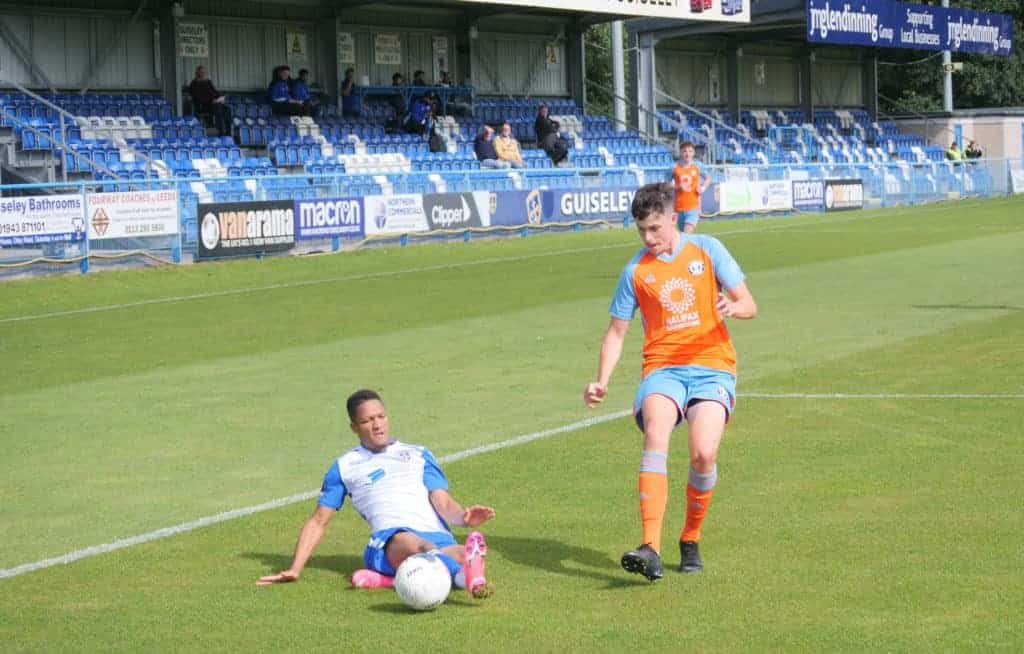 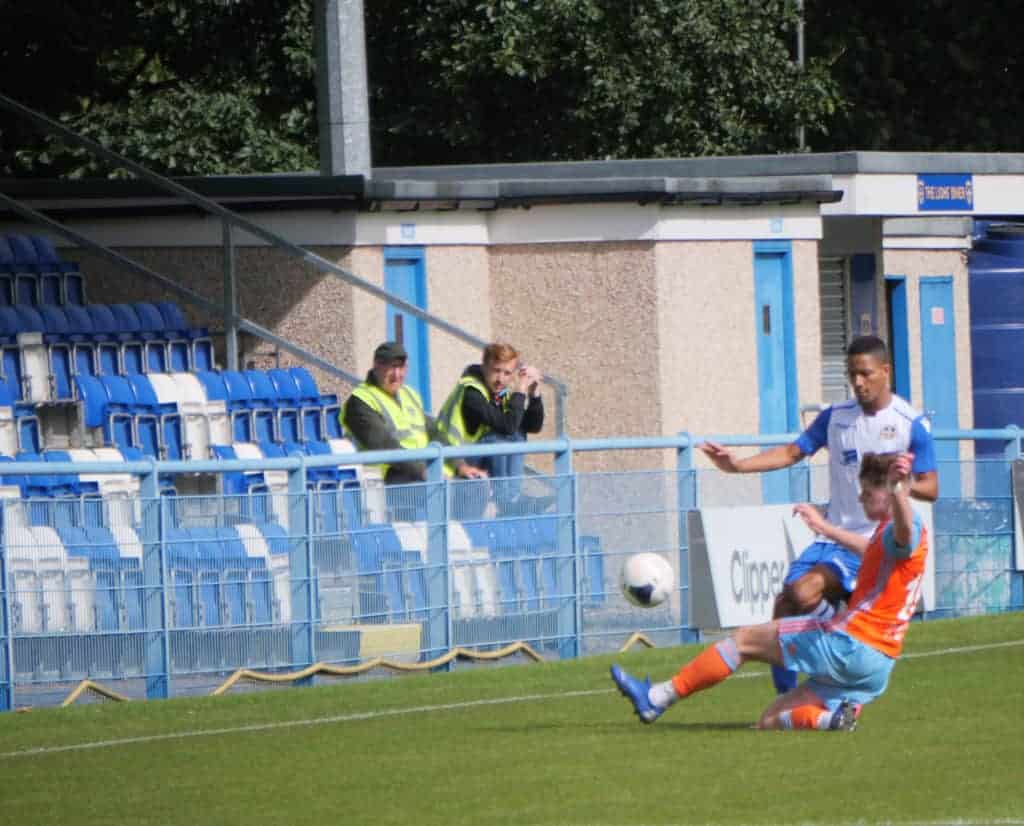 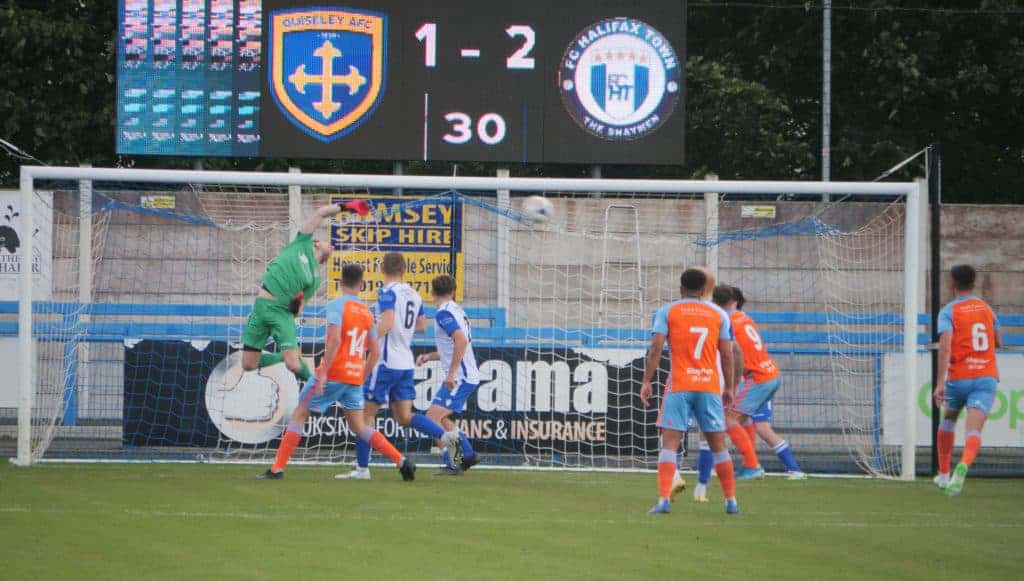 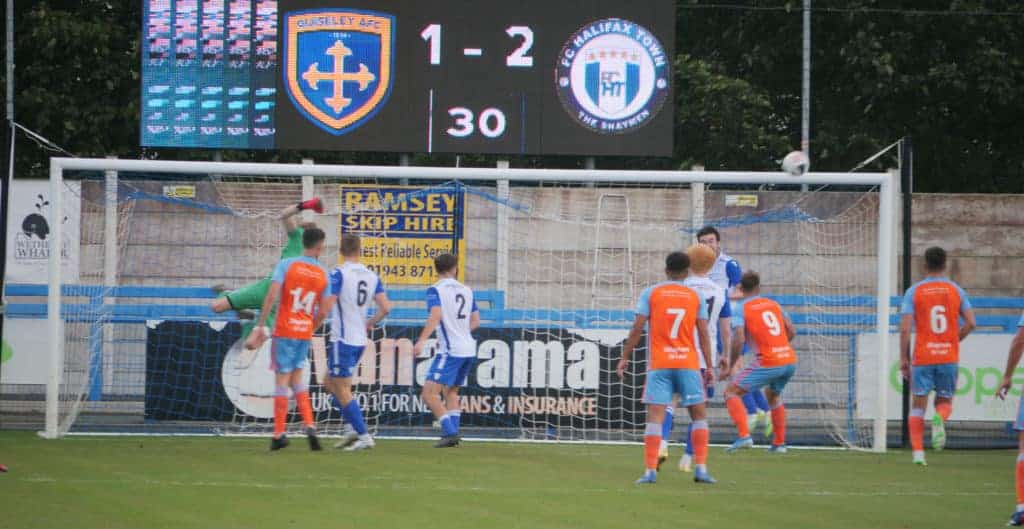 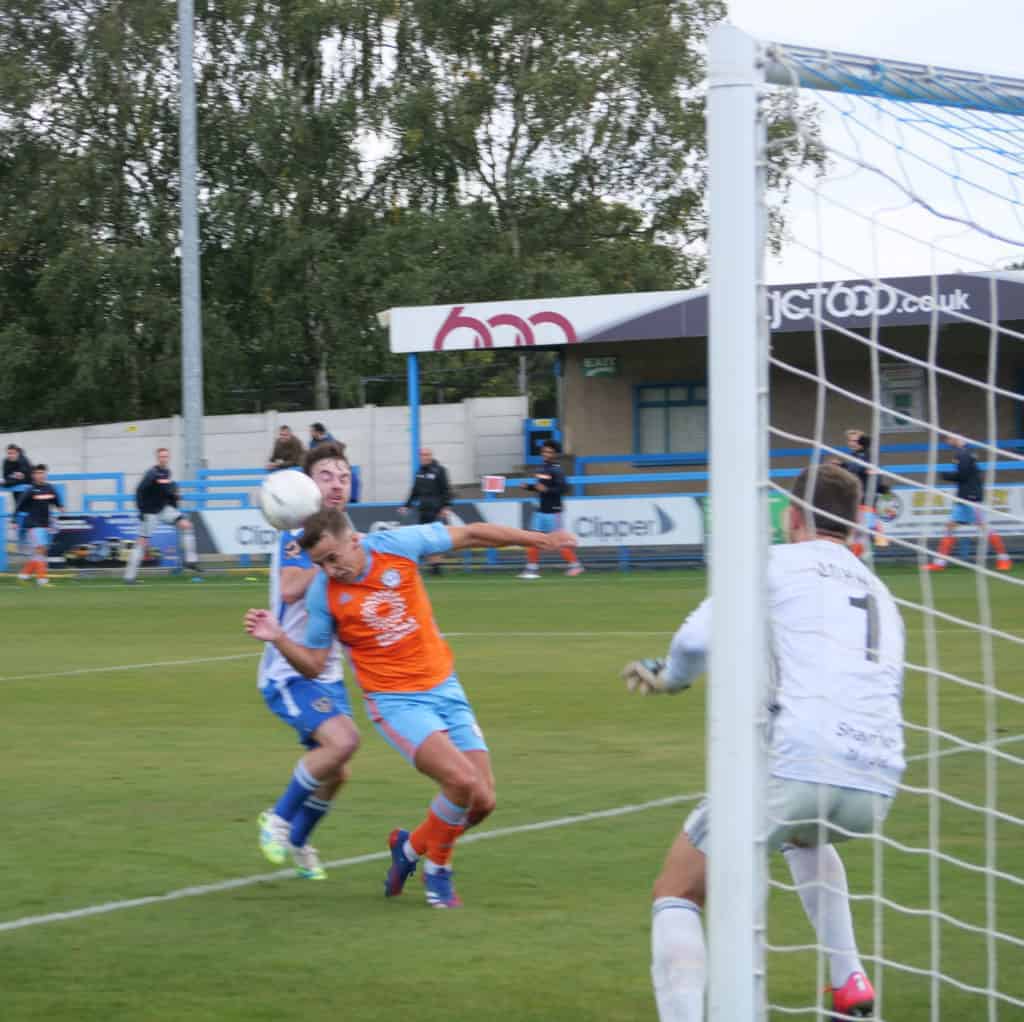 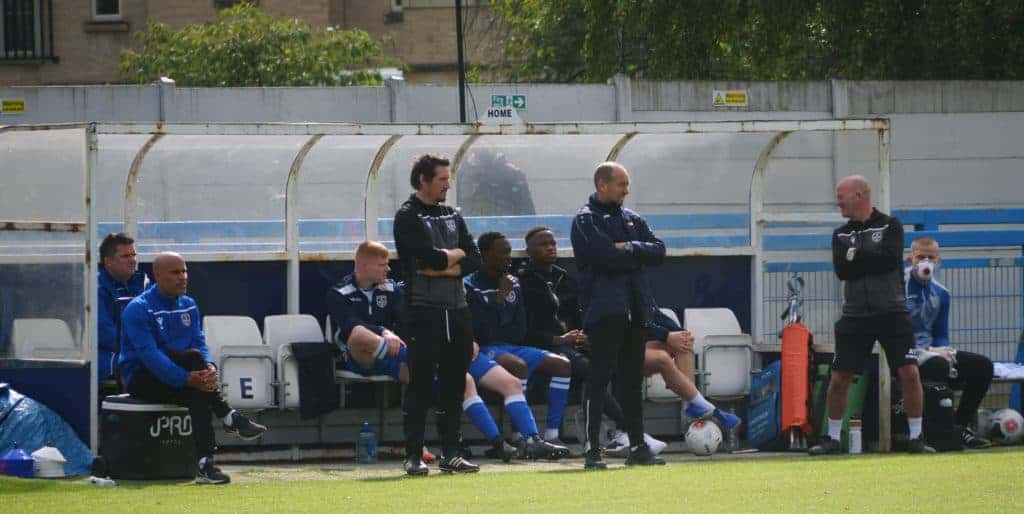 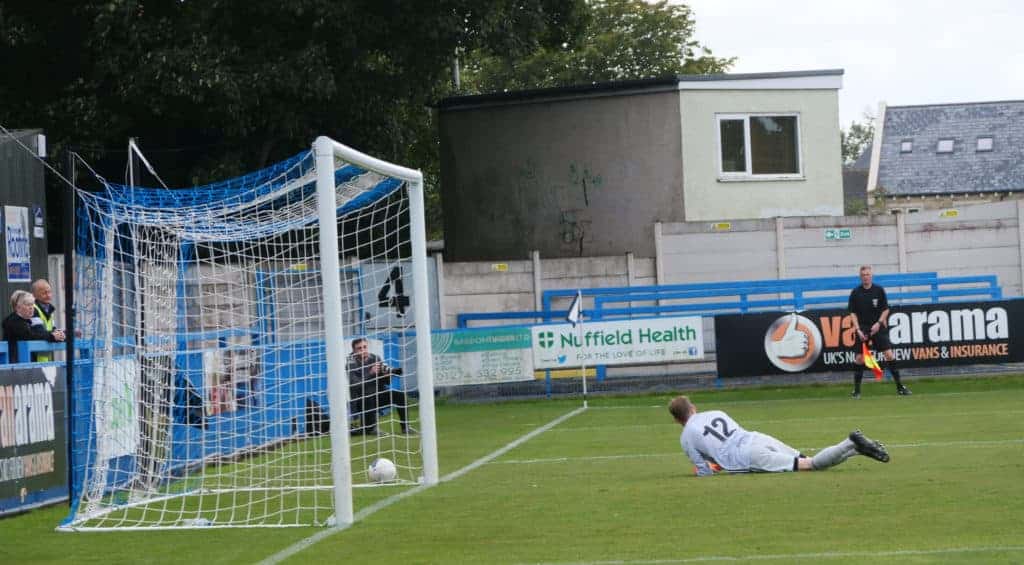 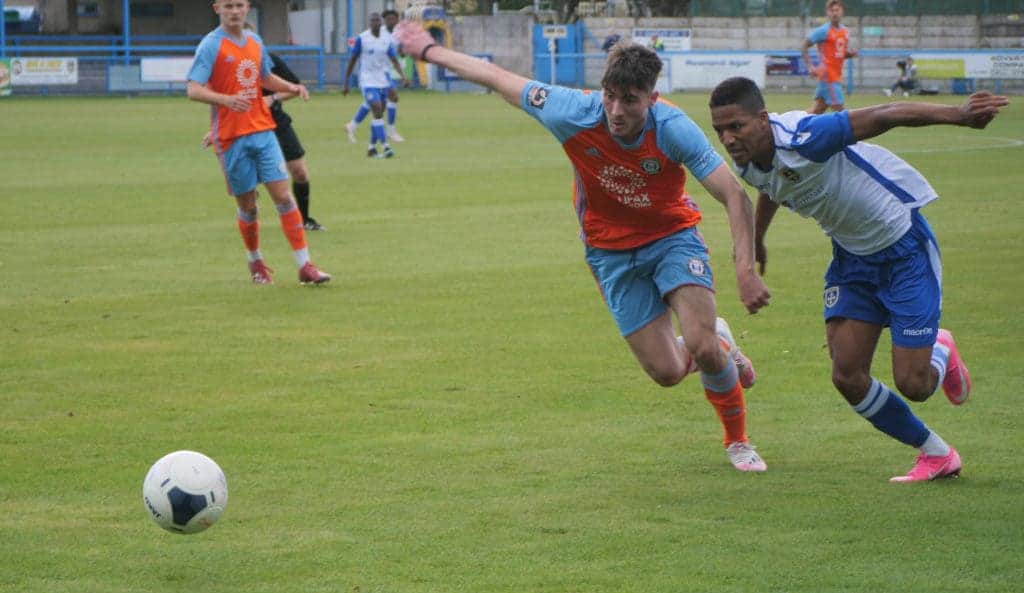