After a largely forgettable first half goals from Wes York and Lee Ndlovu gave Brackley Town a two nil win at Nethermoor this afternoon to leave the Lions still searching for their first win since the 3-2 triumph at Gateshead at the beginning of November.

With the Lions playing three at the back and Arum Soleman in the centre of the midfield, Rheiss McNally and Brad Nicholson pushed up the flanks to play as wingbacks but even with this more adventurous line-up chances were  at a premium with just George Cantrill’s effort, which brought a good save from Danny Lewis, being the only opening the home side created in the first half as  the two teams largely cancelled each other out.

Matters didn’t improve as the Lions front line was delivered a crushing blow on the stroke of halftime when Aaron Martin fell awkwardly and limped off with Lee Shaw replacing him on the restart.

The second period started in much the same vein as the first and it was not until just before the hour that Gusieley created a real chance  when a sweeping move ended with Brad Nicholson whipping in a teasing cross that found Reiss McNally but the defender was unable to get the ball out of his feet and Danny Lewis pounced on the ball to block the chance. 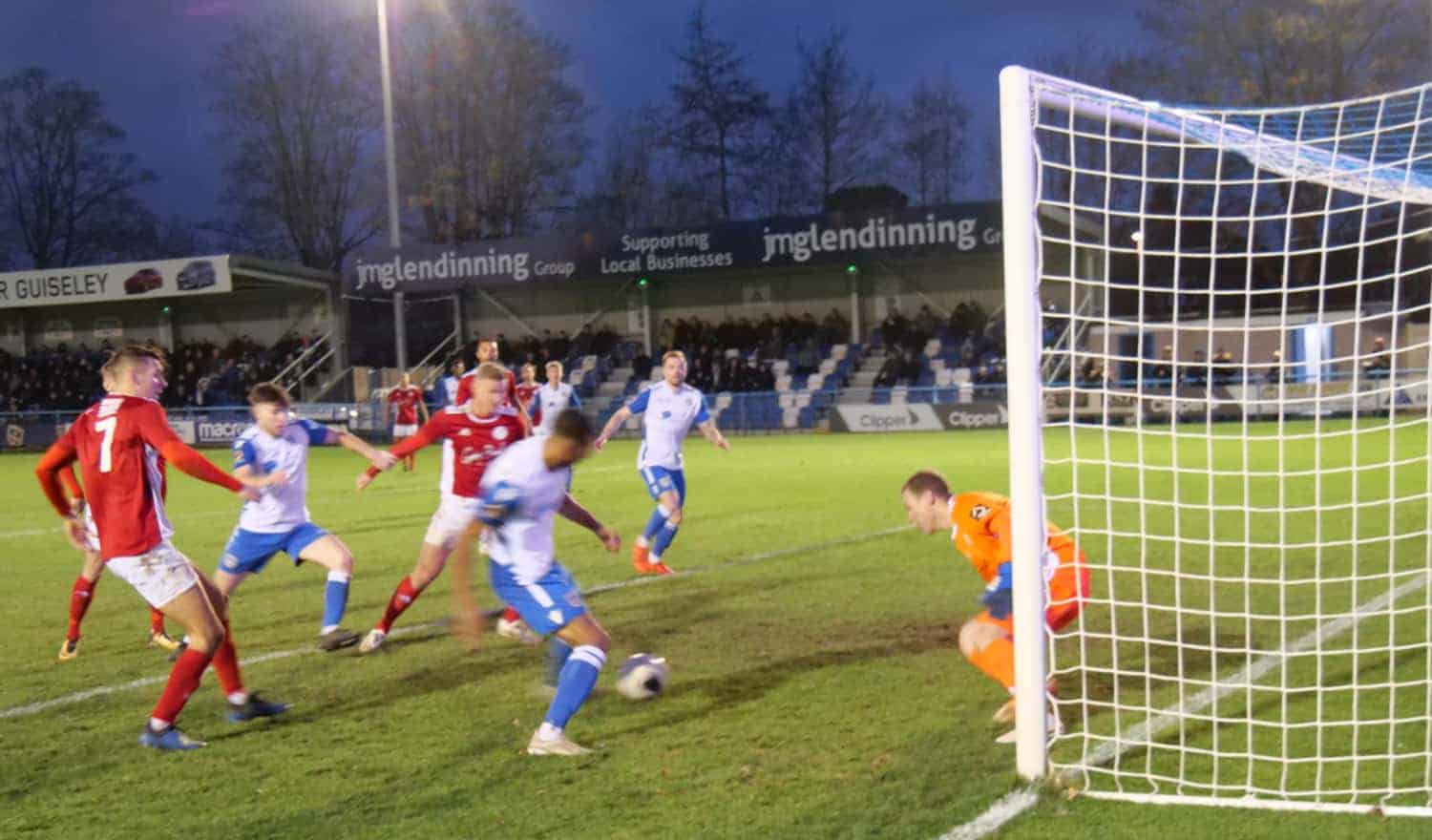 Shortly after Glen Walker fired in a shot that brought a superb flying save at full stretch from Marcus Dewhurst but when the ball was played back in York netted from close range to put the visitors ahead.

Despite taking the game to Town Guiseley never really looked like squaring matters and suffered a further blow when captain Scott Garner was sent off for bringing down York in full flight but it looked a very harsh decision.

Worse was to follow with the last kick of the game as Ndlovu latched on to a long ball, turned Cantrill inside out and put a sweet strike beyond Dewhurst into the far corner for to double Brackley lead..

The saving grace is that the Lions have a chance to put the defeat behind them  when they host managerless Kidderminster Harriers at Nethermoor on Tuesday – KO 19:45.