Lions Resume League Campaign With A Visit From The Bulls 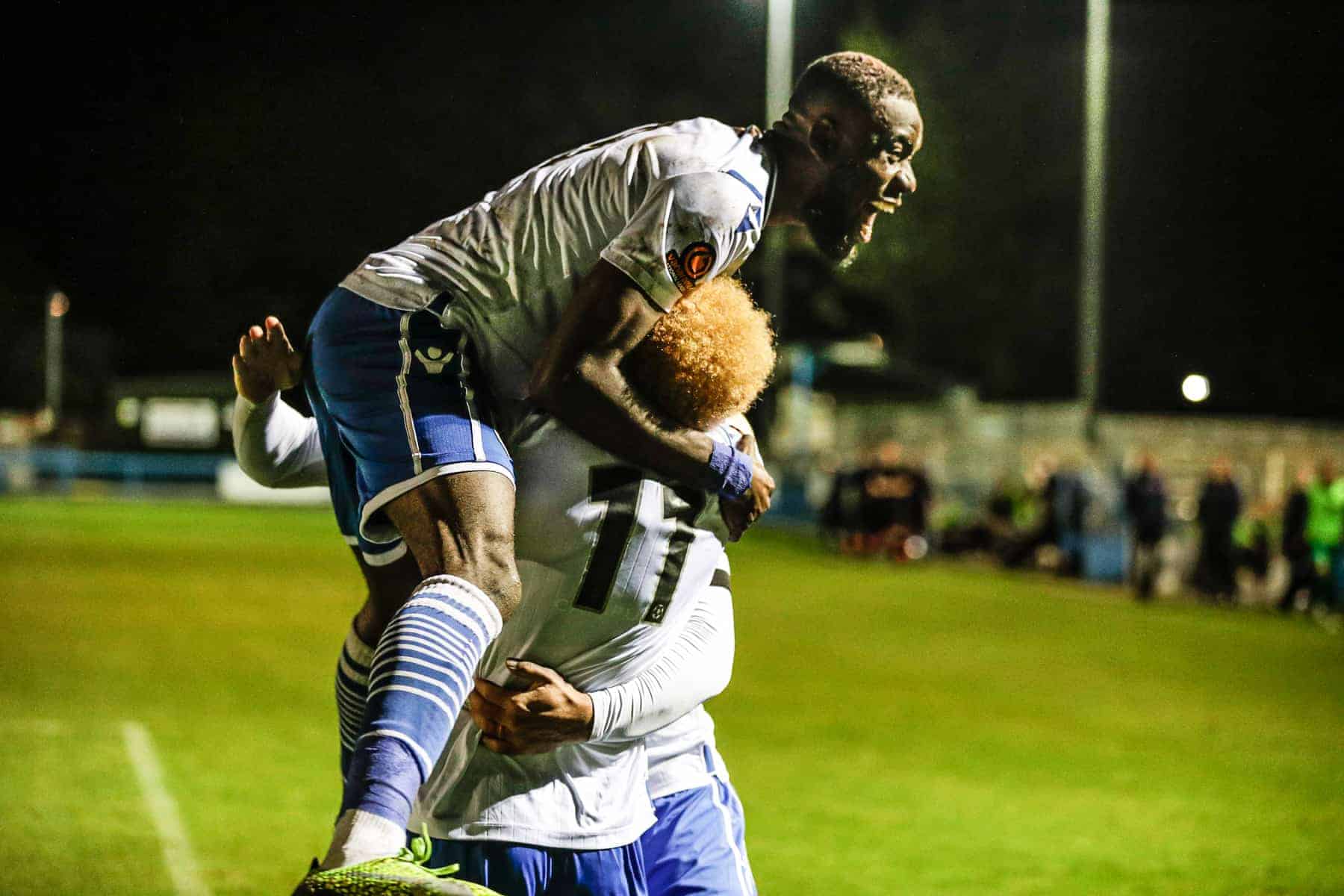 We return to Nethermoor on Saturday for just our second Vanarama National League North game so far with Hereford the visitors to LS20.

The game will be played behind closed doors and streamed free on YouTube but we need your help to cover our matchday costs with a voluntary donation, find out more here.

Our matchday programme is available to buy for just £2.99 through the MatchDay Info app or if you would like to order a posted copy please click here.

A 2-0 win over Matlock Town on home soil on Tuesday night secured our place in the fourth round qualifying of the Emirates FA Cup, this coming after a 4-0 win over Atherton Collieries in the previous round.

Our only league fixture so far ended in a 4-0 win at home to Blyth Spartans after Saturday’s scheduled trip to Boston United was called off.

Hereford exited the Emirates FA Cup on Tuesday night with a 3-1 away defeat to Stafford Rangers following their 3-1 win over Gosport Borough in the second round qualifying.

The Bulls, like ourselves, have only had one league game so far and that ended in a 0-0 draw away to Southport, they were due to play Bradford (Park Avenue) but that was also postponed.

Hereford name former Lions Andrai Jones and Kennedy Digie in their squad with the pair joining the Edgar Street side on the eve of the new campaign having rejected new contracts at Nethermoor Park.

Russ O’Neill was a happy man following Tuesday night’s win over Matlock “It was a really tough test, we knew it would be before kick-off. It is all about the result tonight and getting through to the next round.”

“Let’s not get away from it, Matlock started really strongly just like we wanted to start. It was a silly red card, it was a big momentum changer, it was definitely a red card. It is difficult to play sometimes against 10 men but it was a topsy turvy game, a difficult one to talk about.”

“Another clean sheet for us, that’s three on the bounce but we’ll forget about tonight once we’re in the next round.”

The Joint Manager feels the early wins could be key for the season ahead “It’s all about gaining momentum, the new lads that have come in have complimented the ones who were here last season. It is all about hitting the ground running from where we left off last season and I think we are doing that really well with 10 goals scored and none conceded, on paper it is a really good start.”

“We know there’s areas we need to improve such as being a bit more savvy in the final third and being better at breaking them down.”

Looking ahead to the next round Russ said “It is a big prize to get through to the first round and we hope we get a home draw, we will take anyone at home. Last season it was well documented how well we did away, it will be twelve months since we were beaten on the road now. We need to bring that away from from last season into our home performances and start turning Nethermoor into a fortress.”

Download your matchday programme now from the MatchDay Info app for just £2.99 or let us know if you would like a posted copy here.