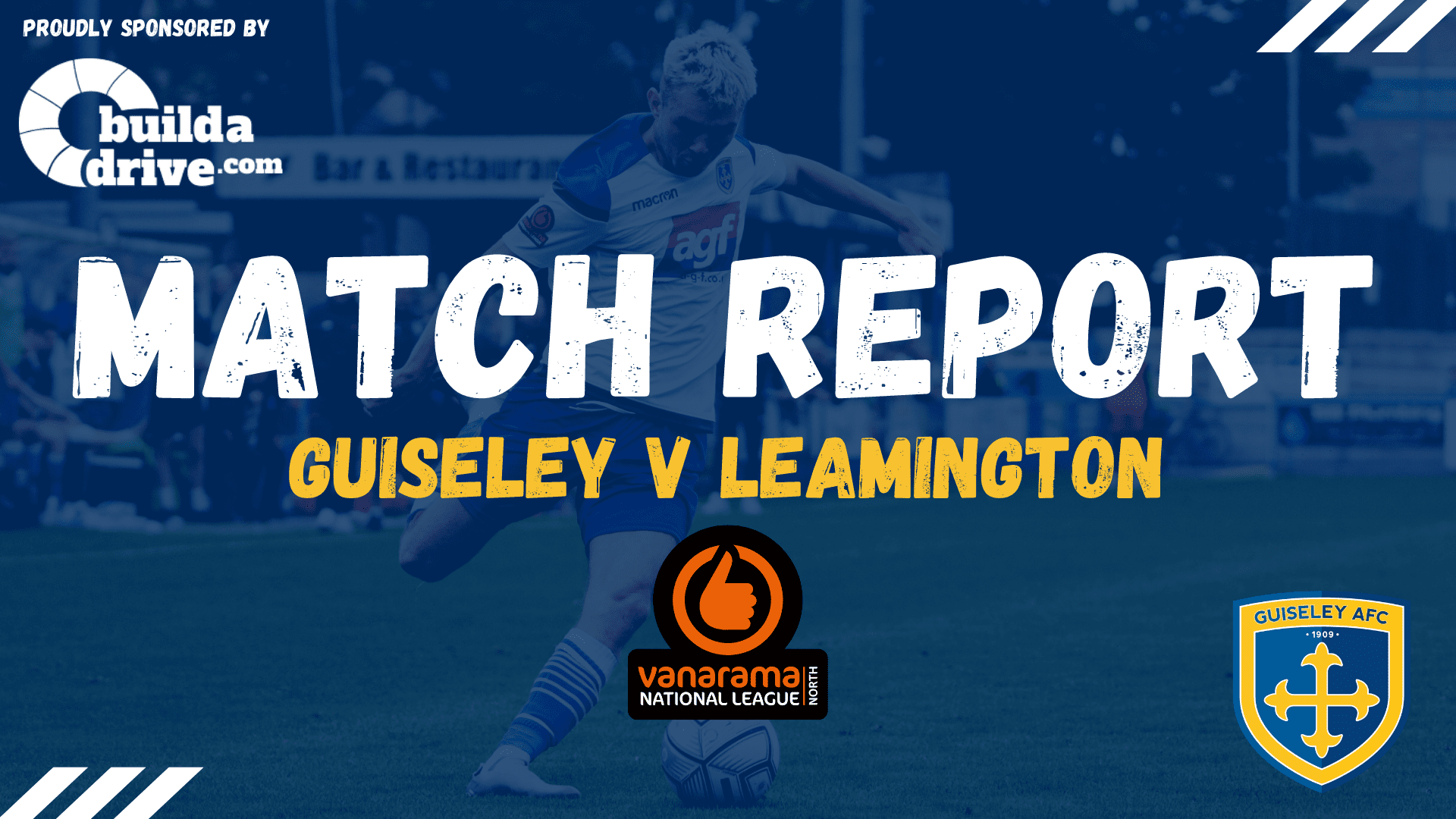 Man of the match Jordan Thewlis provided the impetus to spur Guiseley on to their second league win of the season over Leamington at Nethermoor this afternoon and although the winning margin could have been greater, this was nevertheless a welcome three points for the Lions. Read how they did it in our match report sponsored by BuildADrive.com.

The Lions retained the same team that defeated Blyth Spartans to progress in the Emirates FA Cup last week and opened stromngly with Jake Hull’s bullet header from a corner bringing an equally good save from Jake Weaver to deny the Lions an early lead.

Prince Ekpolo was next to try his luck but a defender managed to divert his effort behind for  a corner which came to nought.

Having gone close on two occassions Brad Nicholson’s intelligent cross from the left flank sped across the visitors ix yard box but found no takers.

Just before the half hour Lebrun Mbeka flashed a shot from twenty five yards a whisker wide of the post and on 36  minutes Thewlis had perhaps the home sides best chance but delayed pulling the trigger and was then crowded out by three defenders.

Thewlis then created space for himself but his shot was straight down Weaver’s throat and that’s the way it stayed until the break with Leamington probabaly wondering how they were going in still on level terms.

The second period started with Jamie Spencer going close and when Guiseley finally had the ball in the net from Mbeka’s header on 56 minutes it looked to all intents and purposes as though the Lions luck had deserted them when the goal was ruled out for offside.

Six minutes later the Brakes fired a free kick straight in to the arms of Luke Jackson before Jacob Gratton brought another good save from Weaver.

The breakthrough finally came on 67 minutes when a cross from Regan Hutchinson was handled in the area and despite vehement protests from the visitors Thewlis cooly despatched the reultant penalty kick into the far corner.

Nine minutes later Thewlis turned provider as he cut in from the left channel and cut across the area, beating three defenders in the process, before slipping the ball for Hutchinson to rifle in at the far post and double the home sides advantage.

Leamington almost halved the deficit on 80 minutes but the free kick came back of the post much to Guiseley’s relief.

Jamie Spencer made way for Bailey Thompson with five minutes remaining and two further substitutions – Ollie Brown for Hutchinson and Adam Haw for Thewlis – in the closing minutes failed to disrupt the Lions’ rythm as they held out for a second succesive win and another clean sheet on the bounce.

Images from today’s game can be found here