Lions Pay The Penalty As They Go Down To First Defeat

Guiseley suffered their first defeat of the season with a spot kick proving to be the difference between the two sides, neither of whom could  stamp their authority on the game, so read more in our match report sponsored by sponsored by BuildADrive.com.

The game kicked off under a grey sky and there was little action to speak of in the first thirty minutes but all of that changed on the half hour when Dan Cowan was adjudged to have impeded Owen-Evans on the edge of the area and the referee pointed to the spot despite home protests and Lewell John-Lewis put the ball straight down the middle for the opener.

Hamza Bencherif put an early header over the bar and Wafula had a good chance but shot over.  Prince Ekpolo was just short of George Cantrill’s pass but with Kaine Felix clearly now a marked man the Lions were struggling to find an outlet up front despite the efforts of Wafula. 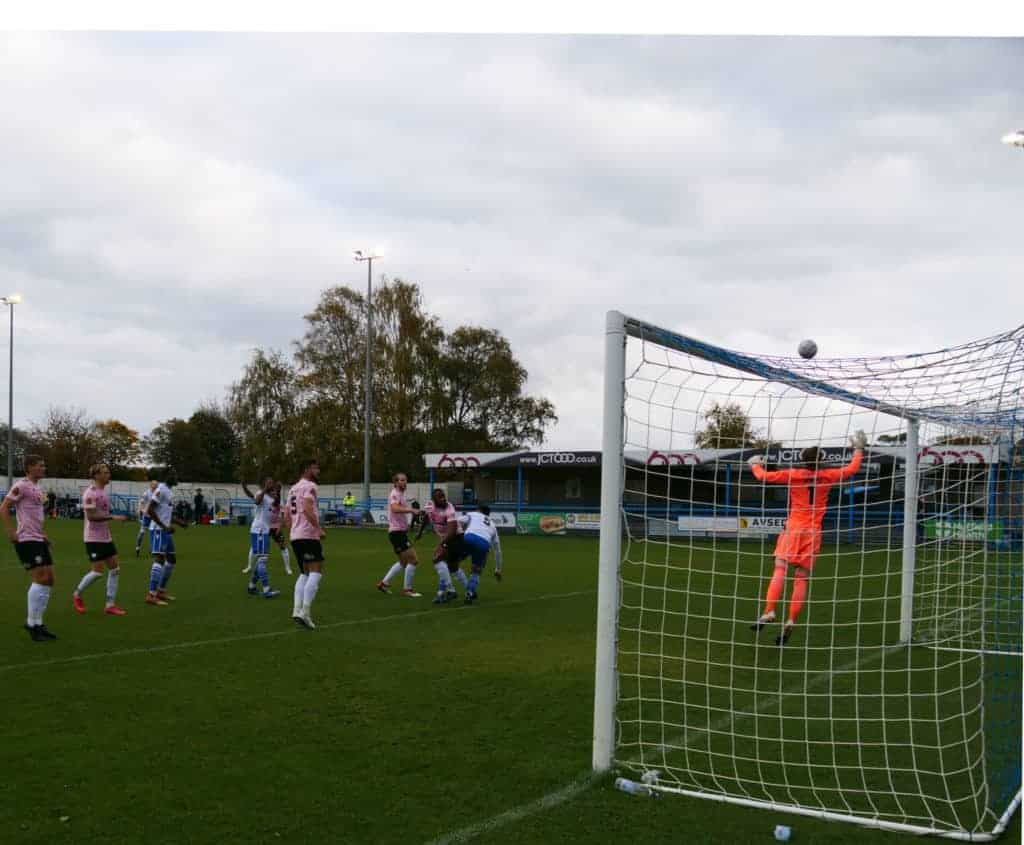 Then when Owen-Evans went down on the edge of the area under Cowan’s challenge Hereford were given the opportunity to take the lead from the spot and John-Lewis promptly obliged.

The Lions looked more determined at the start of the second half and for once Felix escaped his marker only to see his effort blocked while Ekpolo’s follow-up across the goal fizzed just wide. 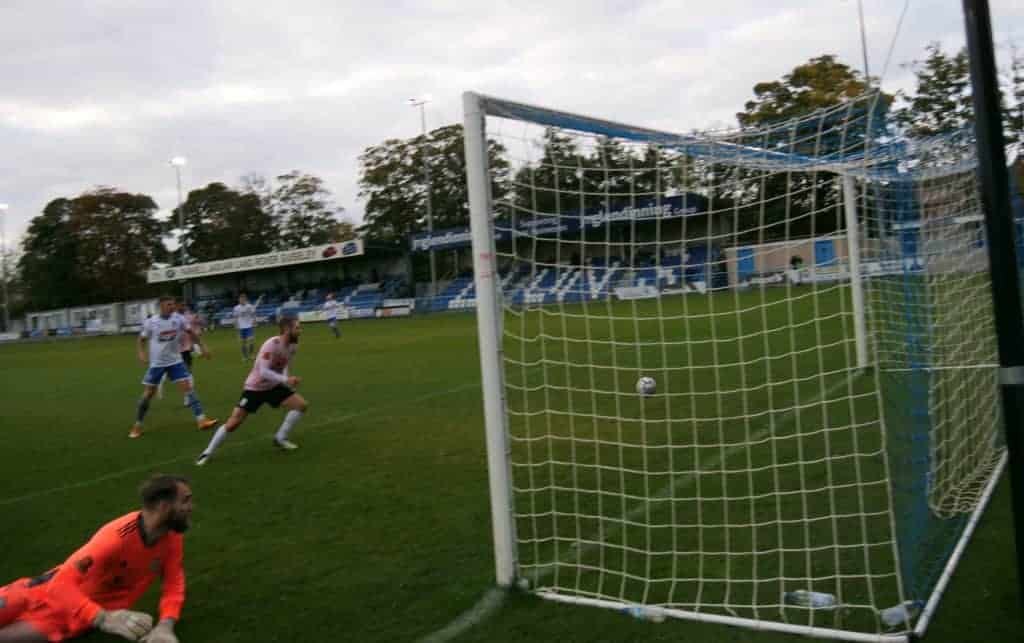 Having made very little headway against two markers for most of the game Felix was replaced by Matty Gillam on 73 minutes.

Paul White dealt with two Gabriel Johnson efforts but was finally beaten by Cowan’s shot but agonisingly for Guiseley it was cleared off the line.

Bencherif’s header was also saved by White and the two substitutes, Paul Clayton and Gillam, were a whisker away from Nathan Newall’s inviting cross as the clock ticked down 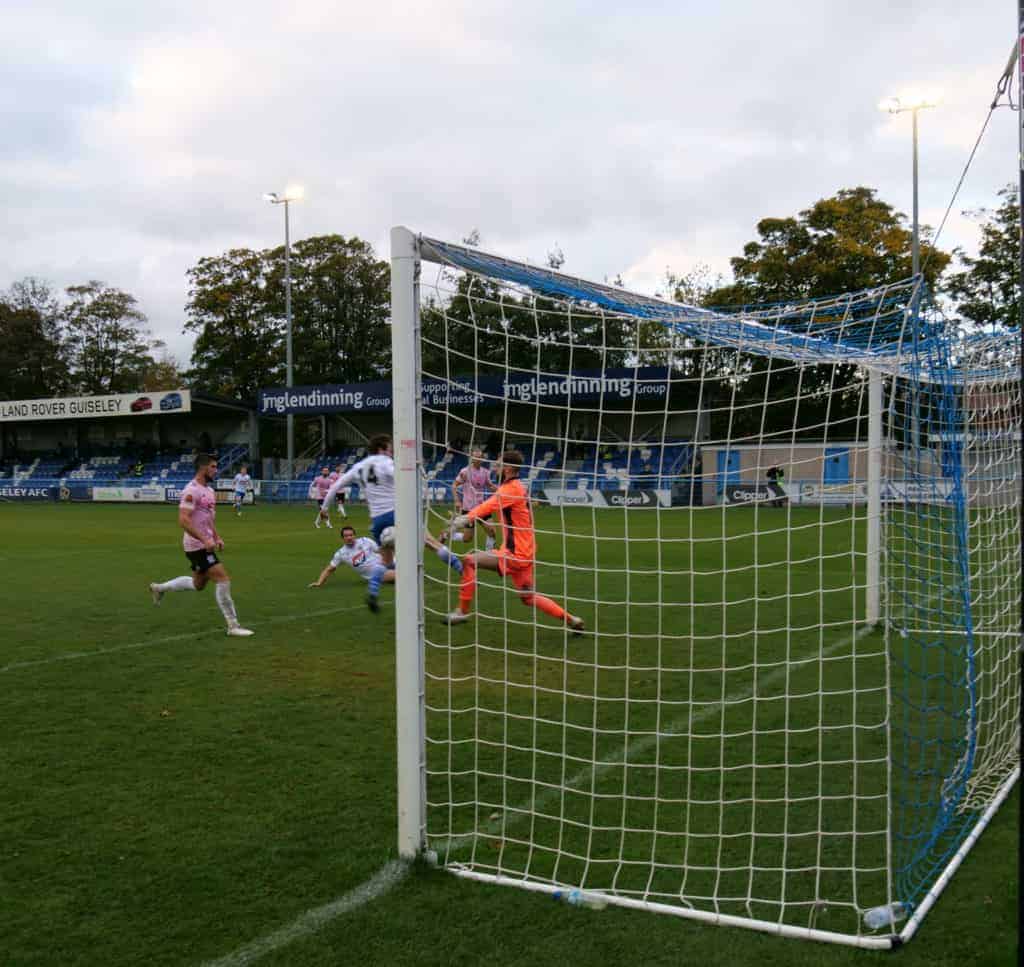 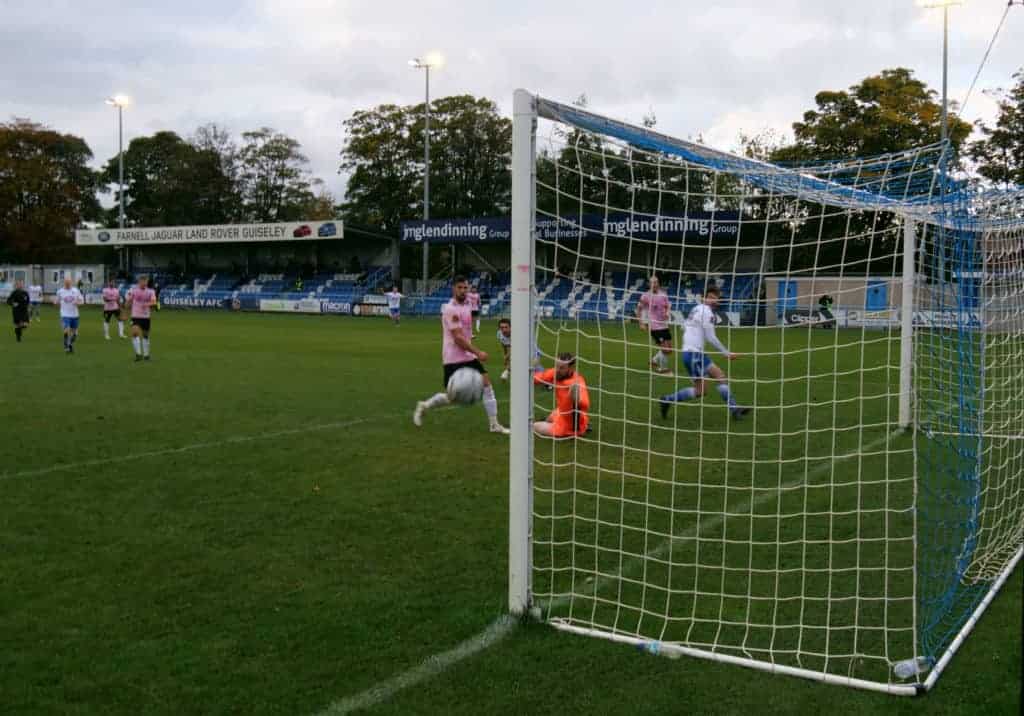 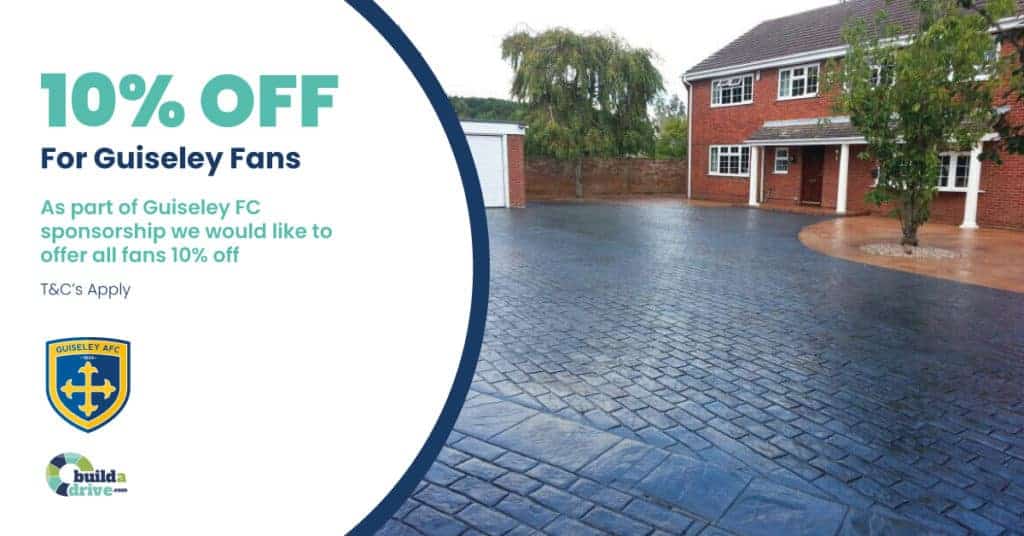