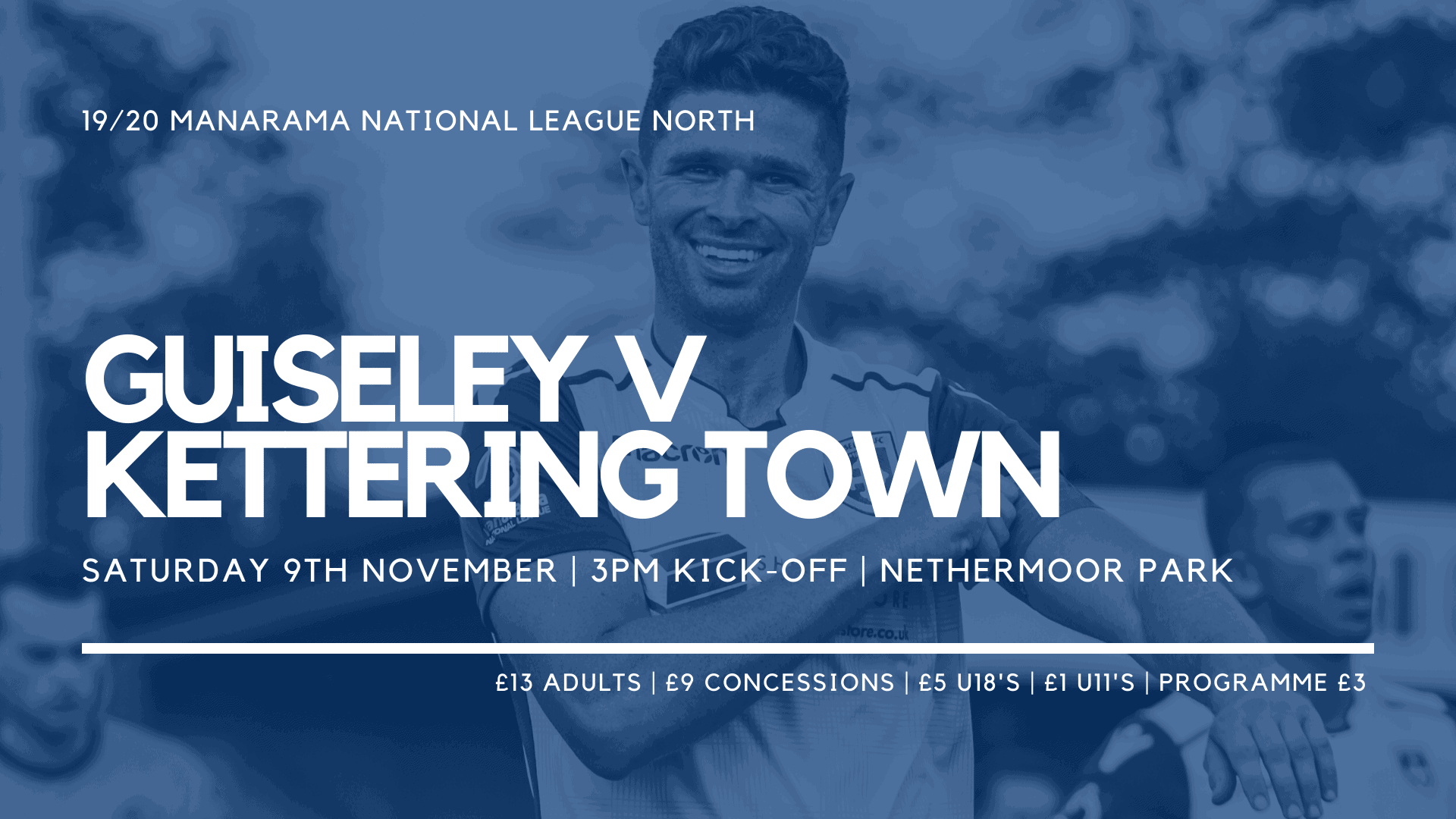 The Lions are back at Nethermoor on Saturday for the first time in nearly a month with Kettering Town the visitors for the 3pm kick-off.

Kettering visit Nethermoor after a tricky start to the season with three league wins to their name and on their third manager after former Lions boss Paul Cox took up the reigns last week.

He got his new side off to a good start thrashing Bradford (Park Avenue) 4-0 at home, he also brings Ben Marvin with him who spent time at Nethermoor as First Team Coach.

All the Poppies’ wins have come at their Latimer Park ground but they did draw away at Southport at the end of August and also name former Lions defender Javan Vidal in their squad.

The three points last time out lifted The Poppies out of the relegation zone by a point, they look to pick up back-to-back victories for the first time this season.

The Lions meanwhile have struggled of late but did pick up a good win at a resolute Gateshead side last time out by ending their impressive home form with a 3-2 victory.

Boosted by the returns of Aaron Martin and Jamie Spencer from suspension and Sam Scrivens back from his loan at Matlock Town Marcus Bignot and Russ O’Neill will have a selection dilemma on their hands this weekend.

They could be without Reiss McNally, Scott Smith, Lee Shaw and Gabriel Johnson who all missed the trip to The Heed, Will Thornton and Aleks Starcenko are out on loan and Lloyd Allinson has a dual-registration agreement with Gainsborough Trinity.

The Lions will be looking to win for the first time at home since Hereford on 14th September and will line-up in a unique kit with all proceeds donated to Prostate Cancer UK.

Following the win at Gateshead Marcus Bignot said “We applied ourselves really well in the first half, we looked a threat and going into a 3-0 lead in the manner that we did. I take the responsibility for their first goal by encouraging the lads to play out from the back, we said in the dressing room we will not come away from that.”

“The lead up to our second goal was super build-up, so we tried to replicate that and we got caught but we will only learn from that.”

“At 3-1 you are looking to your experienced players out there to then manage that game out, there’s not too many of them out there but the last twenty minutes will do us good.”

“At 3-2 it was a game then after that, all credit to Gateshead but to us too, we have come here scored three goals and we have won a game of football. It has probably had all lessons learned in there, it will only make use better and stronger but more importantly it has got us three points and back to where we want to be, the play offs.”

All eyes now turn to the visit of Kettering Town this Saturday and why not come down to Nethermoor and support The Lions, entry is just £13 adults, £9 concessions, £5 U18’s and £1 U11’s, tickets can be purchased on the day at the turnstiles as normal and online in advance here.