Lions Look To End Home Campaign On A High 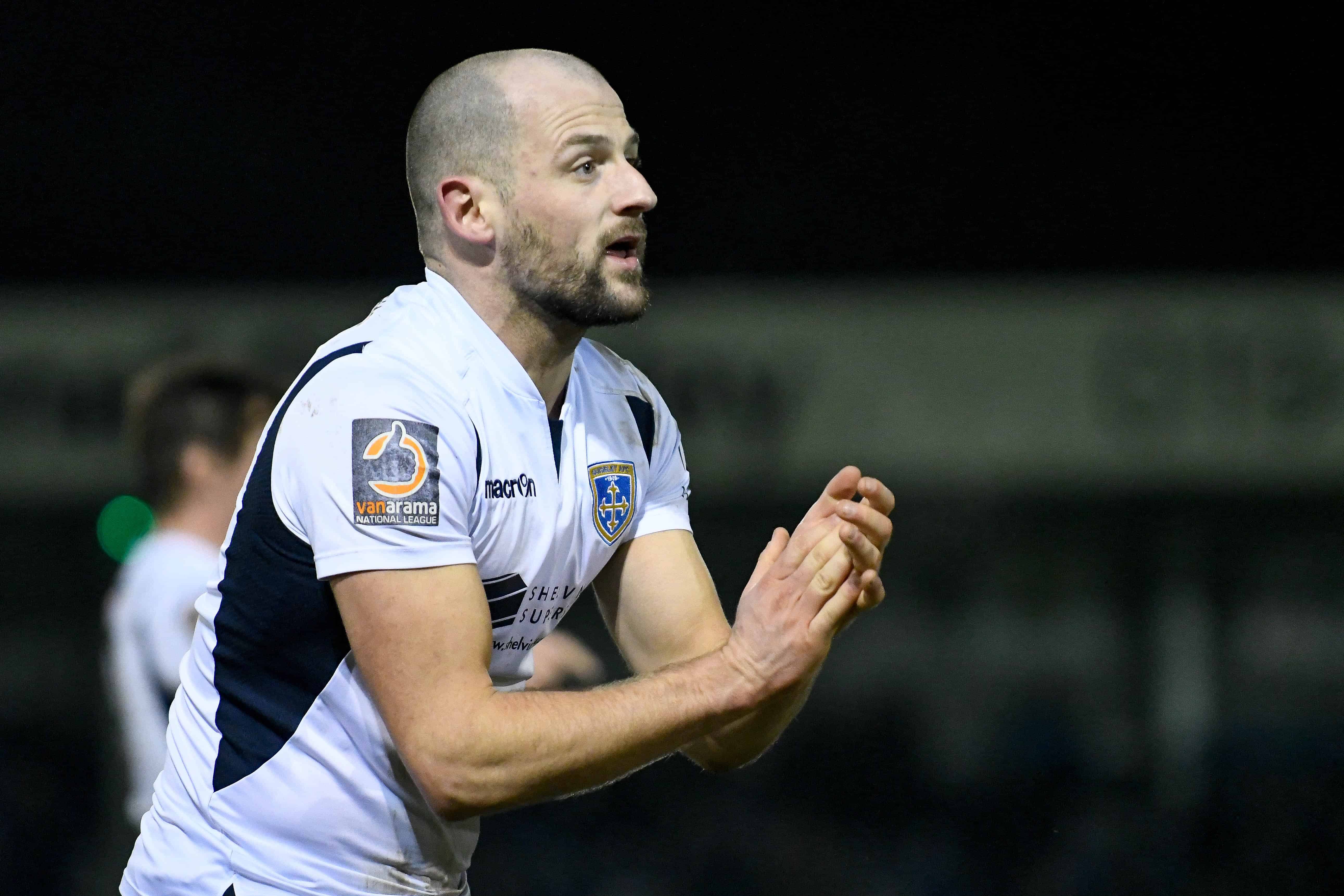 Segregation will be in place for this fixture with Darlington fans allocated the Railway End of the ground including the second seated stand, entering via turnstiles 5-8.

The Lions go into Easter Monday’s clash with Darlington at Nethermoor knowing a win would secure National League North football next season with kick-off at 3pm.

Defeat at Blyth Spartans on Good Friday coupled with Ashton United’s loss at home to Chester and FC United of Manchester’s win at Alfreton Town on Easter Saturday leaves Russ O’Neill and Marcus Bignot’s side four points clear of the relegation zone with two games to go.

The Joint Management Team would like to go into the final fixture at Kidderminster knowing what league their side will be playing in next season and can do that with three points on Monday.

Speaking after the final whistle on Good Friday Marcus Bignot said “At any level if you start a game like we did and concede the goal in the manner that we did, the timing of the goals as well, right to the death it’s 1-0 and we are in the game but there’s a cross into the box and it is 2-0.”

“Between the two goals we got on the ball, we had momentum in their half, we were threatening and with a 1-0 scoreline you are always in the game. The performance warranted us being in the game and we could have crossed the line with a positive result.”

Looking at the table Bignot added “A point would have been a massive point for us today seeing how results have gone, in between those two goals their manager has come off the pitch and can’t believe why we are down there, the reason why we are down there is the way we started and finished that game.”

Marcus went on to discuss that his side have to move fast on Monday “The players have got to to learn and have got to learn quickly but I am sure they will, if you were looking at this run in you would look at the Darlington game and I am sure all three teams are looking at the second to last game where your fate is going to be sealed. We can control our destiny on Monday now.”

Knowing full well that a win on Monday would secure survival Bignot does not want to be relying on results elsewhere “We don’t want to keep relying on others, we are four points ahead of the other two teams below us, we are in control of it and know three points on Monday and it is game over, so let’s put it to bed on Monday and there is no better place than to do it at home in front of our supporters.”

“I think all the lessons were learnt today, we have got to see how we want to control our destiny. It was not to be, on to Monday and let’s finish the job off and let’s do it in front of our home supporters.”

The Supporters’ Club will be taking votes for the Player of the Season which will be announced on the pitch shortly after the final whistle, visit their desk in the clubhouse to make your vote.

Then after the game the Supporters’ Club End of Season Cash Draw is taking place with three cash prizes of £150, £100 and £50 up for grabs with tickets available at just £1 each.

You can also claim your FREE Leeds United U23’s Premier League Cup semi-final ticket for the sold out fixture against Newcastle on Tuesday night. Take along your Season Ticket to the Ticket Office before kick-off to make your claim.