Too often this season Guiseley have let teams back into games where they should have taken all three points due to the lack of a killer instinct and the inability to play time out and hold on to a lead until the final whistle goes.

This afternoon’s clash with Gateshead at Nethermoor proved to be a case in point as The Lions, as they had in the reverse fixture at the International Stadium earlier in the season, let the visitors back in with two late goals and surrendered two valuable  points in the process.

With a stiff wind blowing down the pitch from the car park end it was the home side who took an early advantage after just five minutes when Prince Ekpolo got a decisive touch and passed to Gabriel Johnson who whipped in an inviting cross for Andrai Jones to slide in and apply the finishing touch.

Gateshead replied with their own effort in the next attack only to see Brad Wade pull off a superb save.

There was then what proved to be the first of two lengthy stoppages following a clash of heads between Hamza Bencherif and Ruairi Keating, the latter being unable to carry on and was replaced by Mitch Curry.

Aaron Martin then proved that his recent three match suspension has not dulled his reactions as he fired home Guiseley’s second on 21 minutes after Lee Shaw had seen his effort blocked by Brad James. 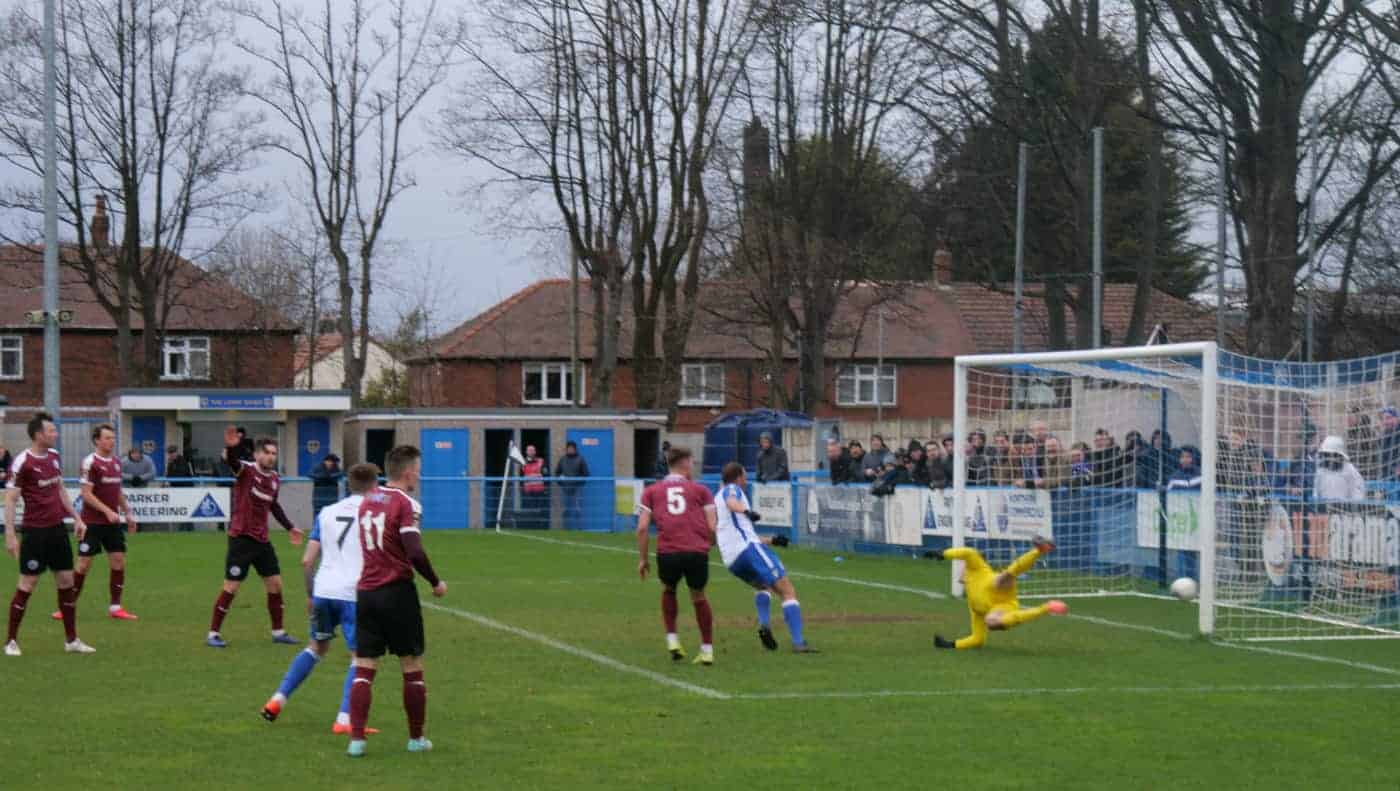 The second interruption to proceedings came shortly after as a result of alleged racial comments which resulted in a warning that any further recurrence would lead to the game being abandoned; this after the referee had consulted with both management teams. 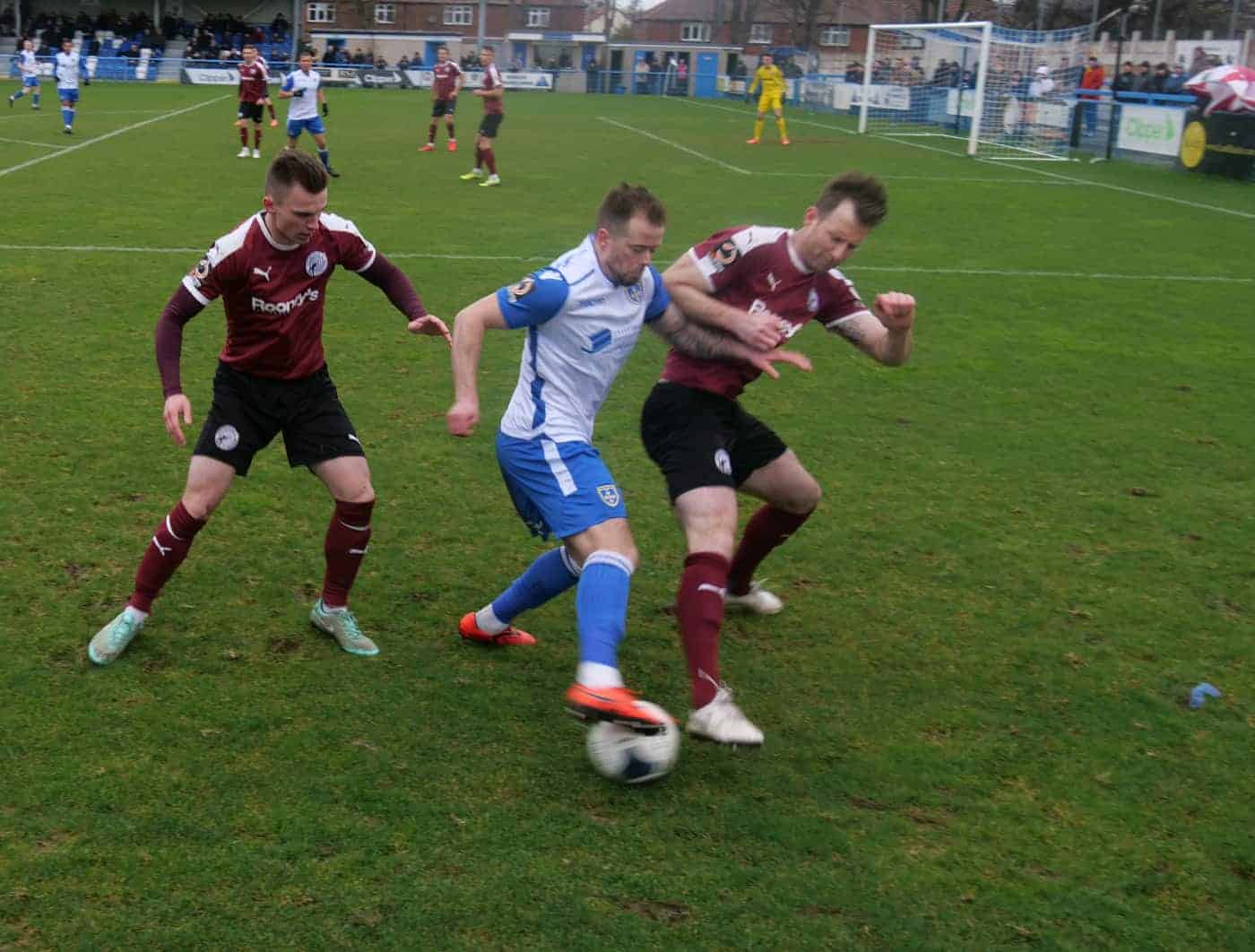 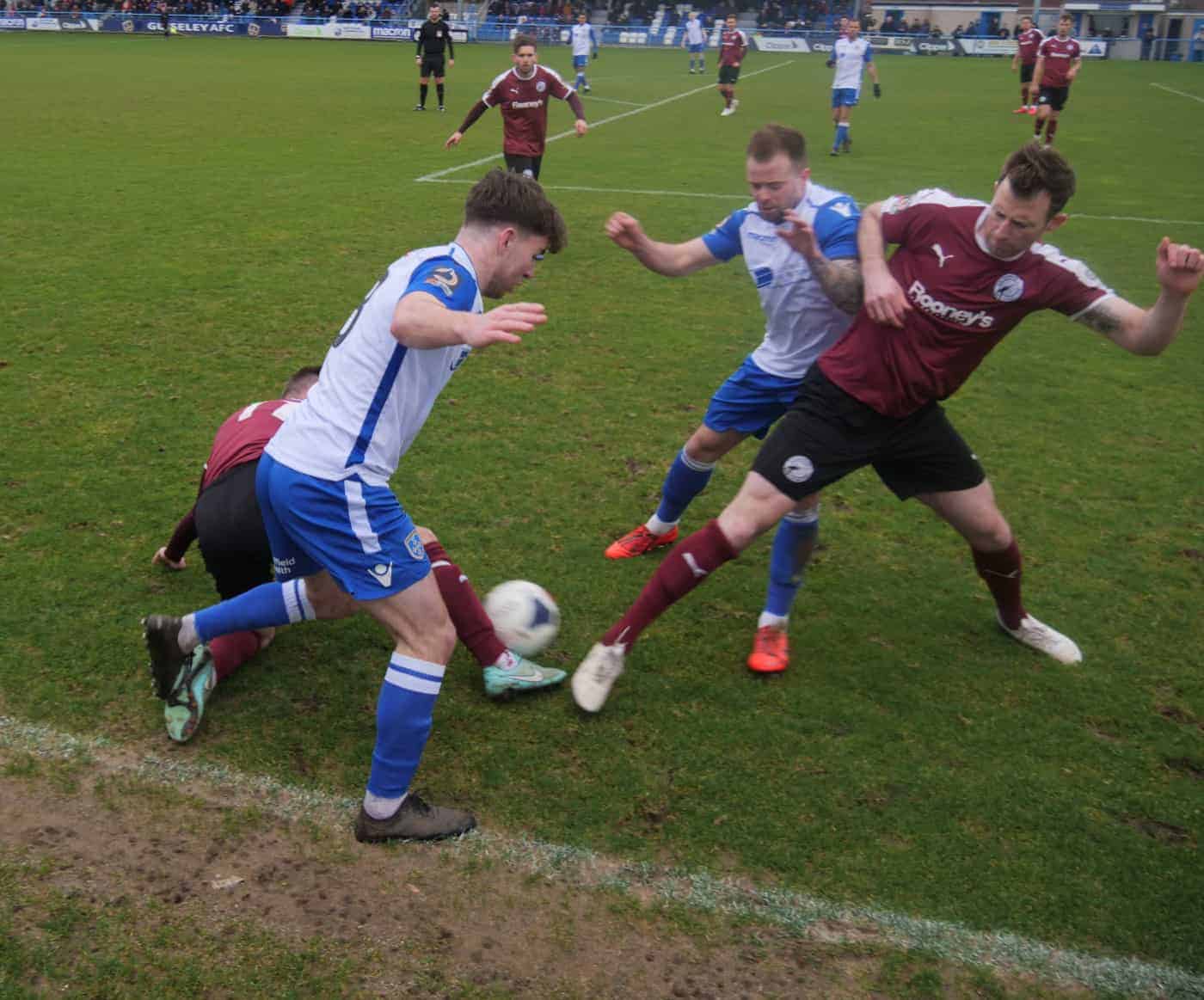 When play eventually resumed Wade pulled off his second flying stop as the half-time whistle beckoned to ensure that his side went into the break two goals to the good.

Kennedy Digie replaced Aram Soleman on the restart but it was the visitors who started the half on the front foot as the Lions were finding it difficult to build any momentum playing into the fierce wind with too many balls being sent skyward instead of keeping the ball on the deck like the Heed had in the first period.

It was not until Chris Sang replaced Shaw on 71 minutes that the home offensive finally clicked into gear with Martin nearly grabbing his second only for James to block his goal bound effort. 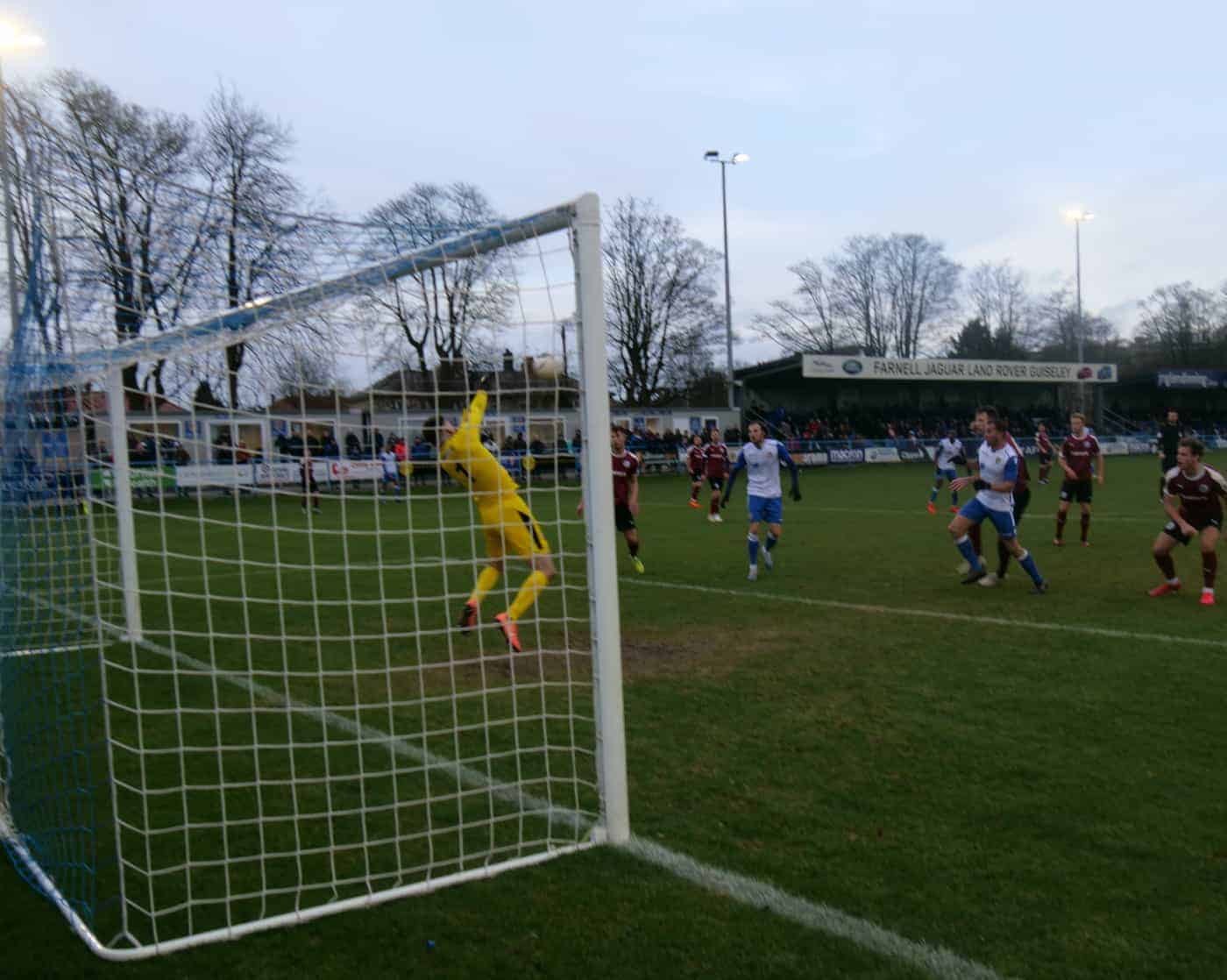 Now playing with some purpose Guiseley had ten minutes plus stoppage time to see the game out but failed to do so as Greg Otley converted a cross from the left to halve the deficit with five minutes remaining.

Sensing that a comeback was on the cards the visitors conjured up an equalizer at the death as Jake Cooper sent the Heed contingent into delirium and leave O’Neill and Bignot to ponder on what might have been.