Lions Humbled By A Powerful County Side

Stockport County showed why they are the firm favourites to win the National League as they put five past Guiseley at Nethermoor this evening, read more in our match report sponsored by BuildADrive.com.

County have invested heavily and it showed right from the first minute as James Jennings netted from an acute angle and then bagged his second eleven minutes later with a cultured finish at the far post following a Stockport free kick.

After conceding the two goals the Lions began to settle down but weren’t making much headway against their full-time opponents who maintained their grip on the game and nearly added to their tally only to be denied by Guiseley’s Trialist keeper.

Former Lion Ash Palmer then saw his shot cleared off the line but the visitors were not be denied as Jennings completed a first half hat-trick with a neat finish on 41 minutes.

On one of the rare occasions that the Stockport defence was found wanting, Kaine Felix went close as his shot flashed across goal just before the halftime whistle.

Matty Gillam and a Trialist replaced Jon Wafula and Nathan Newall on the restart and the home side gave themselves some hope eight minutes in as Felix tussled with a defender, won the ball, and then dragged Hinchcliffe out of position before firing into the empty net.

Any hopes of a comeback however, evaporated two minutes later as Bennett latched on to a through ball to finish with aplomb and restore the Hatters three goal cushion.

Prince Ekpolo produced a telling run and slipped the ball to Felix but his cross found Gillam in an offside position.

Hamza Bencherif was nearly on the end a deftly flighted free kick but the Lions luck was out as the visitors bagged a fifth from another former Lion, John Rooney, who’s shot took a heavy deflection to beat the Trialist keeper.

Stockport should have had a sixth but fluffed their lines as the Trialist keeper pulled off a good stop and Rooney saw his shot blocked by Cowan. After yet another effort had been charged down the ball was eventually cleared much to Guiseley’s relief.

For those who didn’t watch the game the scoreline might seem ominous, but make no mistake this was a Stockport side that looks to be going places and on this evidence they will take some stopping when the season kicks off on Saturday 3rd October. 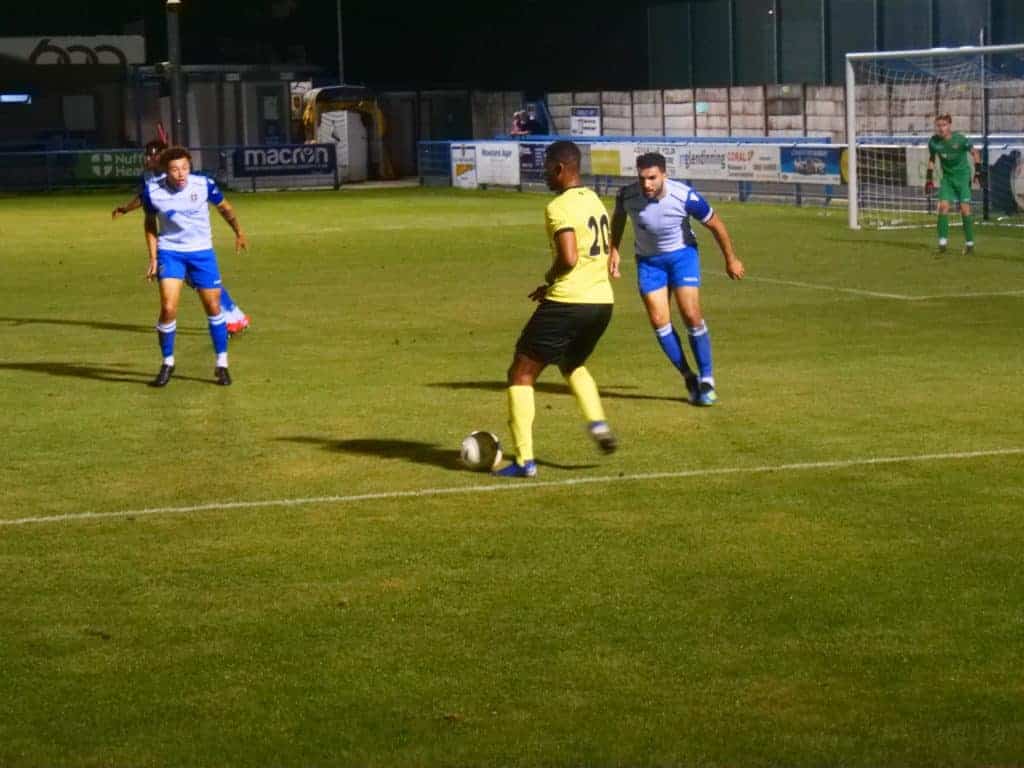 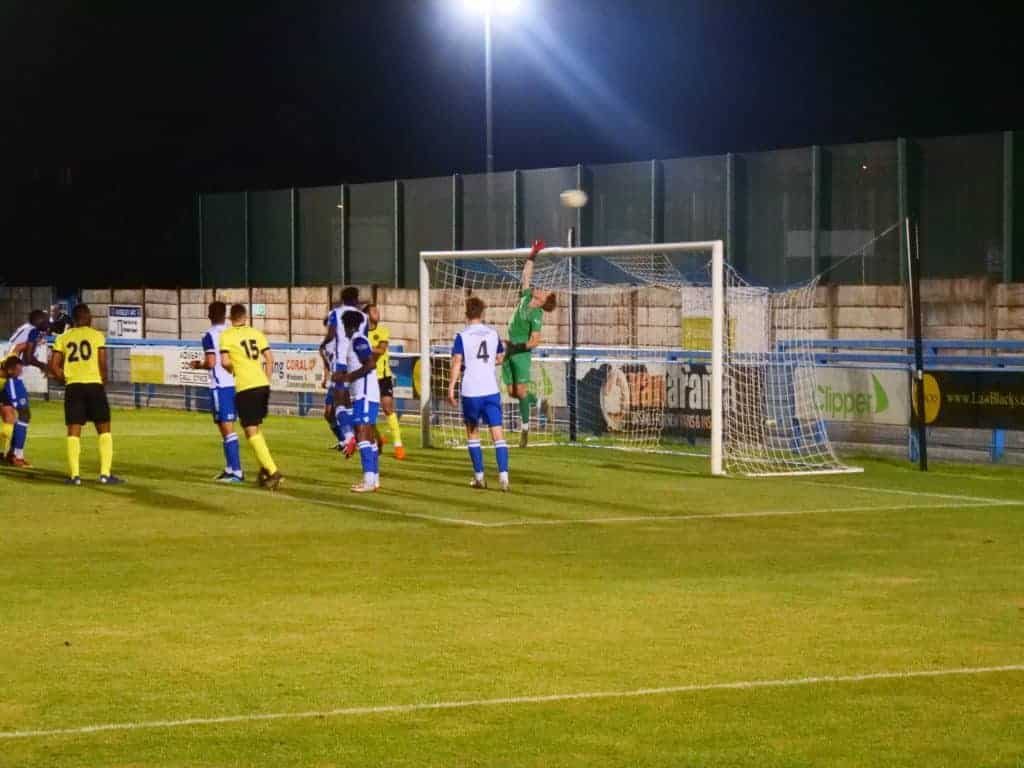