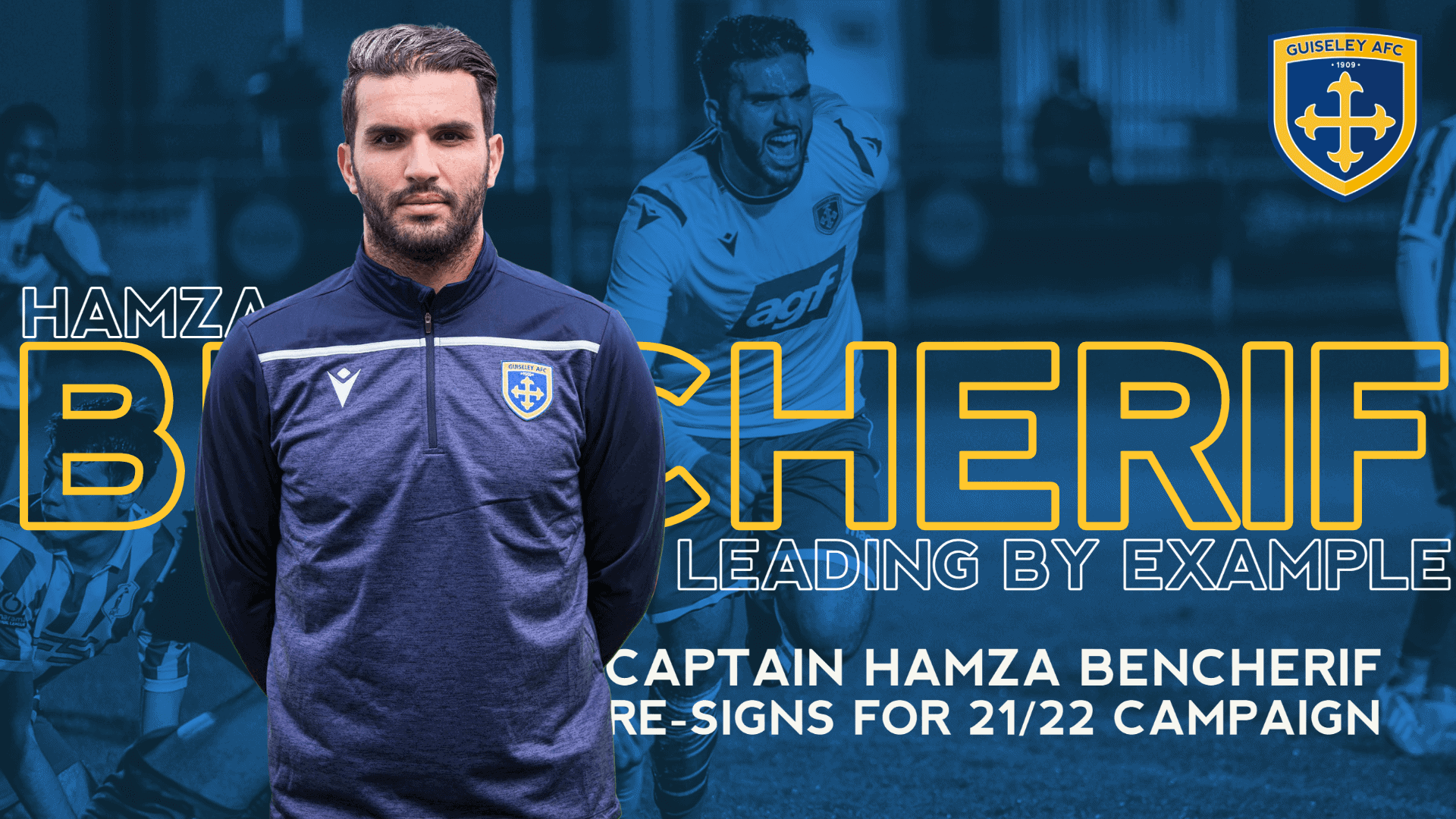 Skipper Hamza Bencherif has given the Lions a boost by signing a new contract for the 2021-22 season and he is hoping that the upcoming months pass quickly so that the club can return to action after two Covid-19 hit seasons.

The former Nottingham Forest youth player will be looking to add to his 53 Guiseley appearances with the experienced centre-back most looking forward to getting fans back in the ground and seeing the progress of some of the club’s home grown talent.

Paris-born Hamza was impressed by the quality of young players from the club’s Academy who made it into the first team last season, players such as Nathan Newall – who is currently on trial with Sunderland – Lewis Hey and Adam Haw.

Bencherif, himself a former Algerian U-23’s player, said: “We saw some good things from our youngsters last season, not just the ones from our own Academy but also other young players the management brought into the club. All the youngsters came in and played a part. We will be looking for them to push on when we start playing again.”

One thing the skipper felt that the youngsters and the players new to the club missed out on in the last season was having the Guiseley crowd behind them.

He added: “Playing in grounds without fans in was a bit soul destroying, last season the new lads never got the chance to experience what it is really like to play for Guiseley with all the crowd behind you. The fans give the team the tempo and really help you fight back when you get behind. They get you through the bad times. Guiseley is a family club and the supporters get right behind the team and we want to achieve something for them and write some kind of history for them.”

Once the side is back in action Hamza will be looking to add to his five Lions goals. He said that he had found the last two seasons very strange with both curtailed due to Covid-19.

Of the last season he said: “Starting the season just never felt right and without supporters it was strange. It became a very tricky situation and with a lot of our players also having work outside football employers were starting to become concerned about our involvement in football.

“This time it would be good to get a good pre-season in, we have unfinished business and we want to give it a right go when the league starts again. We had a number of new players who did not really get time to gel with the squad due to the curtailed season so we look forward to seeing what they have to offer.”