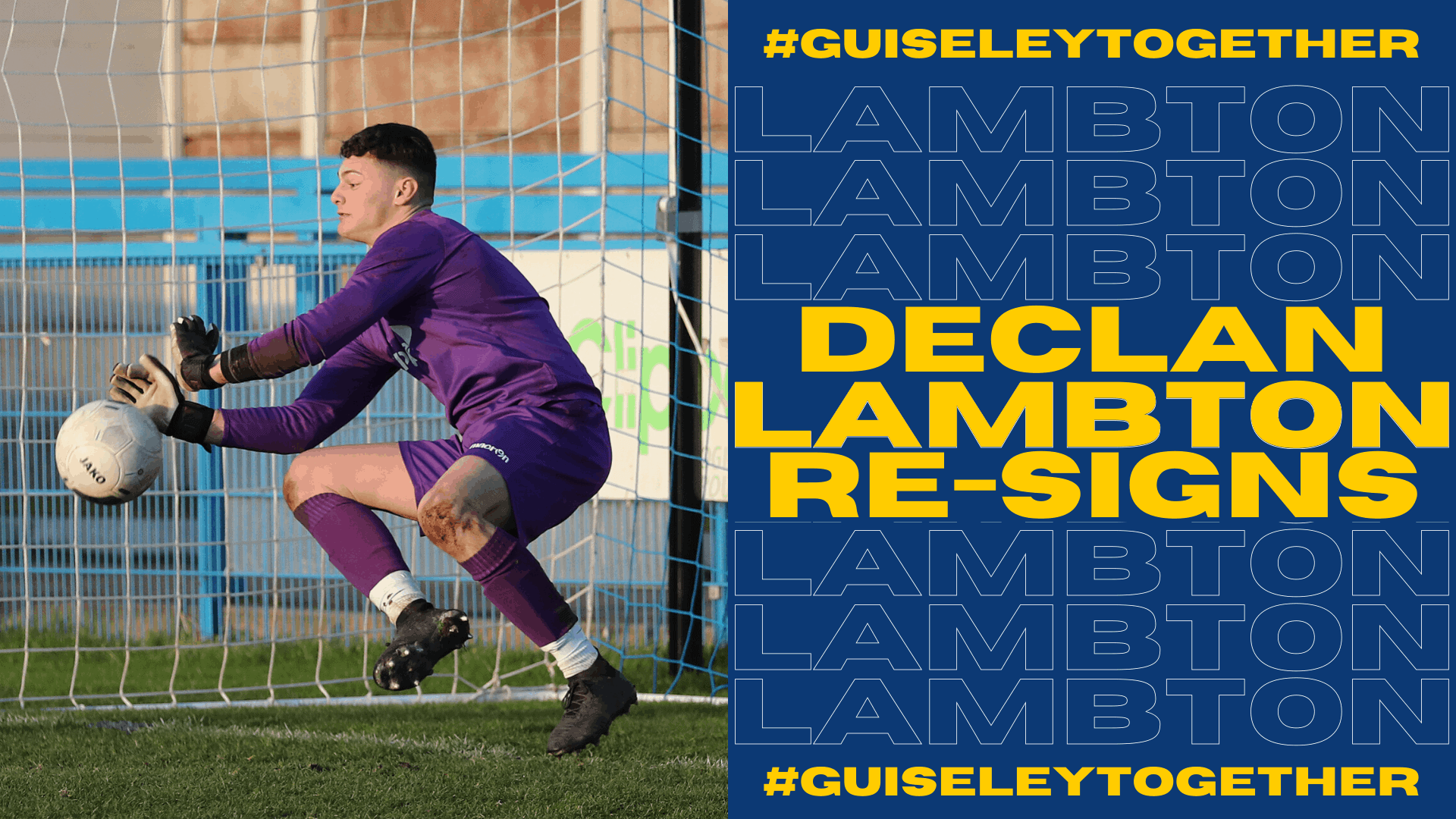 We are delighted to announce that goalkeeper Declan Lambton has taken up a new contract offer with our first team squad.

The 19 year-old figured in pre-season games prior to last season but did not feature for the first team once the league campaign started.

Instead he continued his footballing education with a third season on loan at North East Counties Division One side Campion.

After being a member of the title winning Academy side in 2018-19 Lambton made only occasional appearances last season for the Under-19 side. He played a key role in the thrilling 10-9 penalty shoot out win over Chester in the League Cup saving two penalties and scoring one.

He joined the Academy as a scholar at age 16 after being involved with Bradford City as a junior.

Joint Manager Russ O’Neill said: “Declan trained with the first team squad all last season whilst playing his senior football out on loan with Campion. He continued to improve so has been rewarded with another year’s contract. Hopefully he will kick on and show further improvement.”

We will also be announcing another Lions player who has re-signed for the 20/21 season at 6am on Monday morning.

20/21 Season Tickets are now available online through our CrowdFunding platform, for every £100 we raise we’ll donate an adult match ticket to a Key Worker, get yours here.