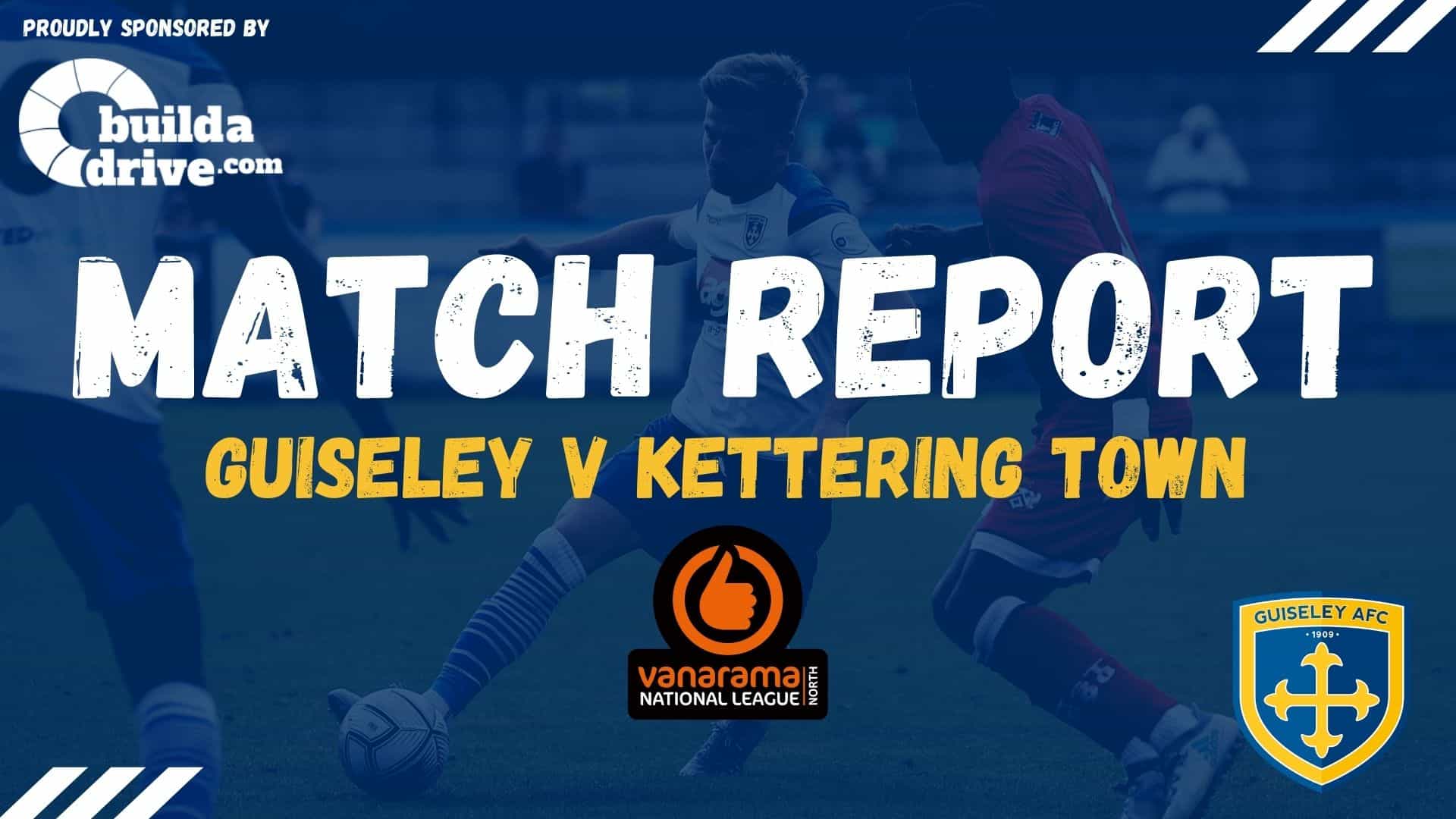 Guiseley reserved their worst performance of the season so far as Kettering Town, managed by former Lions manager Paul Cox, registered a 2-0 win to maintain their good start to the season. Read how they did it  our match  report sponsored by BuildADrive.com.

With Town having only lost one game so far the Lions knew they were in for a stern test and this being a Paul Cox side gamesmanship would also influence the rhythm of the game and so it proved.

Not that the home side helped themselves by not retaining possession of the ball when they had it as all too often balls found an opponent and Kettering werre always first to mop up any loose or second balls.

The consequence being that Lewis Hey, Jacob Gratton and Jordan Thewlis were left to feed off crumbs rather than from the midfield. And even when they did create two first half openings, with balls from both Thewlis and Gratton across the six yard just begging to be converted, there were no takers.

Even the introduction of the returning Kaine Felix with twenty minutes remaining, in place of the injured Prince Ekpolo, proved to be a false dawn as he struggled to make an impact against a resolute Town defence. But by then Decarrey Sherriff had put the visitors in the lead with a goal on 53 minutes.

The loss of Ekpolo proved to be a loss that the Lions struggled to overcome and even with Adam Haw on for Regan Hutchinson on 82 minutes the home side never really looked like squaring matters even though Andy Hollins – on for the injured Hey at the restart – was dominating in the air at any Lions free kicks or corner kicks.

In the event it was left to Callum Powell to beat Jordan Amissah at his near post from close in and seal the victory for Kettering with five minutes left.

So not a good day for the Lions, or for that matter for the majority of the spectators, in a game that was full of niggles and stoppages that prevented any momentum being created.

Guiseley now have a two weeks respite from the League as they visit Colne in the FA Cup next Saturday where it is hoped that they can recover the form they showed against high flying Kidderminster last Saturday and prevent an early exit from the world’s oldest cup competition.