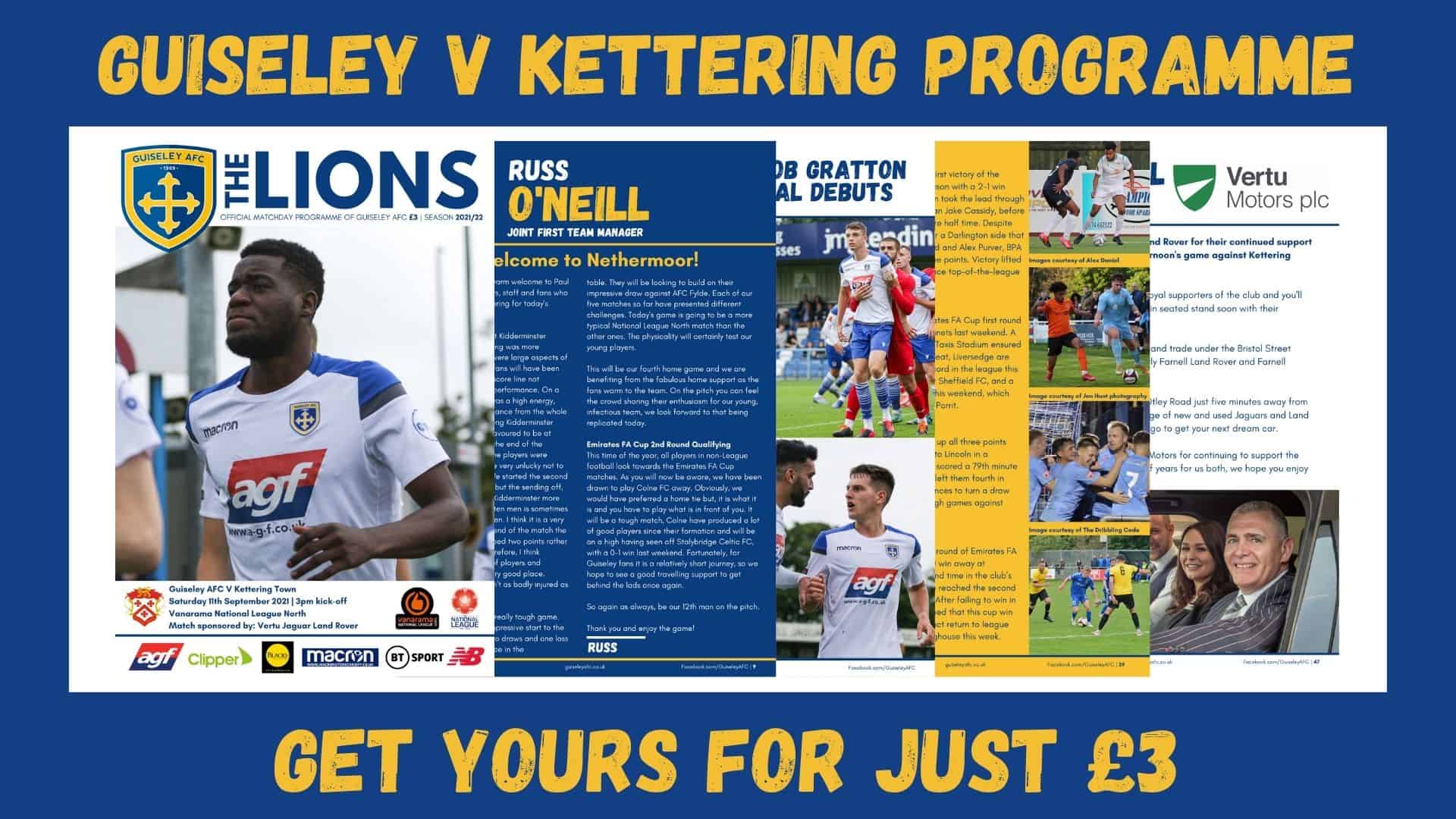 The fourth issue of The Lions matchday programme is out on Saturday for the visit of Kettering Town, here’s what you will find inside.

Get yours from sellers located near each turnstile and read plenty of exclusive content including an interview with our former captain Danny Lowe who has announced his retirement from football.

We’ll have a full look at opponents Kettering Town and their squad, previous clashes against The Poppies and Cayden Sands gives his view from the terraces.

Marcus Wardell rounds-up how our non league West Yorkshire neighbours have been getting on and we speak to Lions fan Craig Malson on how he started supporting the club following his return to England from Australia.

Colin Robertson looks at the season so far and read his thoughts ahead of the Emirates FA Cup tie at Colne.

There’s also our Volunteer of the Week, Tom Feaheny’s match preview and all the latest news from the Community Foundation and Guiseley AFC Supporters’ Club.

Be sure to get your copy of The Lions for just £3.