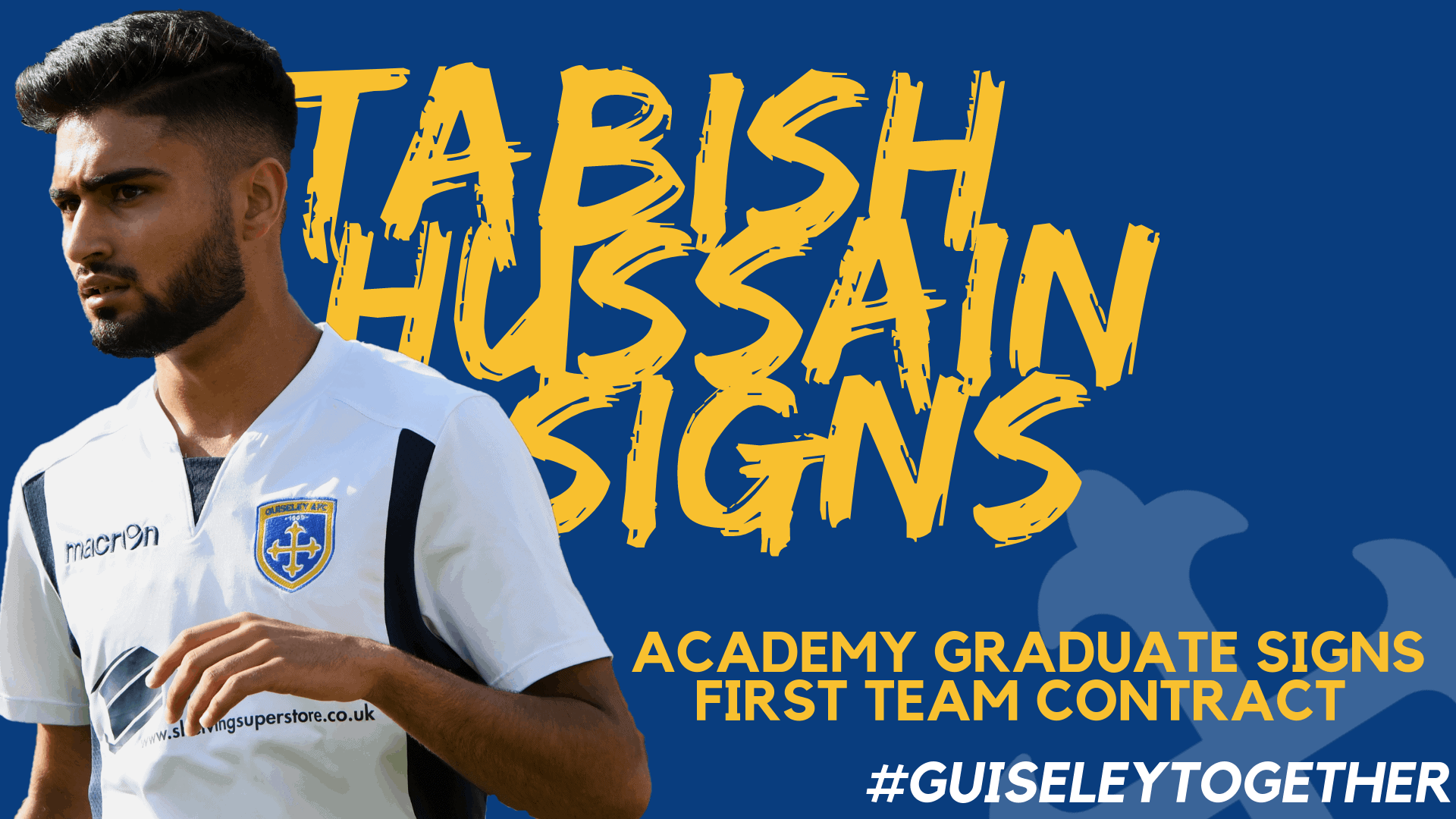 We are delighted to announce young winger Tabish Hussain has signed a one year contract with the first team.

He had an 18th birthday to remember – making his international debut for Pakistan in a World Cup qualifier against Cambodia.

When he returned to the UK on Wednesday, after visiting four countries in 19 days with the Pakistan team, he sat down to pen to paper on his deal.

The academy product had his first team debut last season as a non contract player and he went on to make a handful of appearances from the bench before breaking his leg.

This put him out of action for much of the season but he battled back to fitness to be a part of the academy title winning side.

Tabish then got the call up for the Pakistan men’s squad for their two World Cup qualifying games against Cambodia and found himself the youngest player in action for the Green Shirts in a squad that included former Bradford City player Zesh Rehman.

Of his international experience he said:”It was an unbelievable experience and being the youngest there they really looked after me. I am happy to have signed for Guiseley, it is a great club and I am looking to kick on with them and develop with them.

“Everyone at the club has been brilliant with me and the fans are fully supportive of me. Guiseley is a real community club and I couldn’t see myself going anywhere else.

“The managers are really supportive too and when I got the call to sign a contract I was over the moon. It is a lovely place to be. I have had an amazing time in the academy with outstanding coaches in Dave Currie and Danny Ellis, who have developed me so much and given me confidence. Head Therapist Ash Proctor has also been a big part, especially after I broke my leg.

“It was lovely to have my mum and dad out in Cambodia to see me make my debut. My dad has taken me around from the age of seven to play football, trekking all over the place, and seeing me play in a World Cup game was a bit of a reward for him. It was an experience I will never forget.”

Tabish first joined the Pakistan squad at it’s training camp in Bahrain before they moved on to Dubai. Then came the two games against Cambodia with Tabish coming off the bench to make his debut on his 18th birthday in Cambodia and then starting the second leg game played in Qatar five days later.

Don’t miss a minute of Tabish’s home appearances with a 2019/20 Season Ticket.