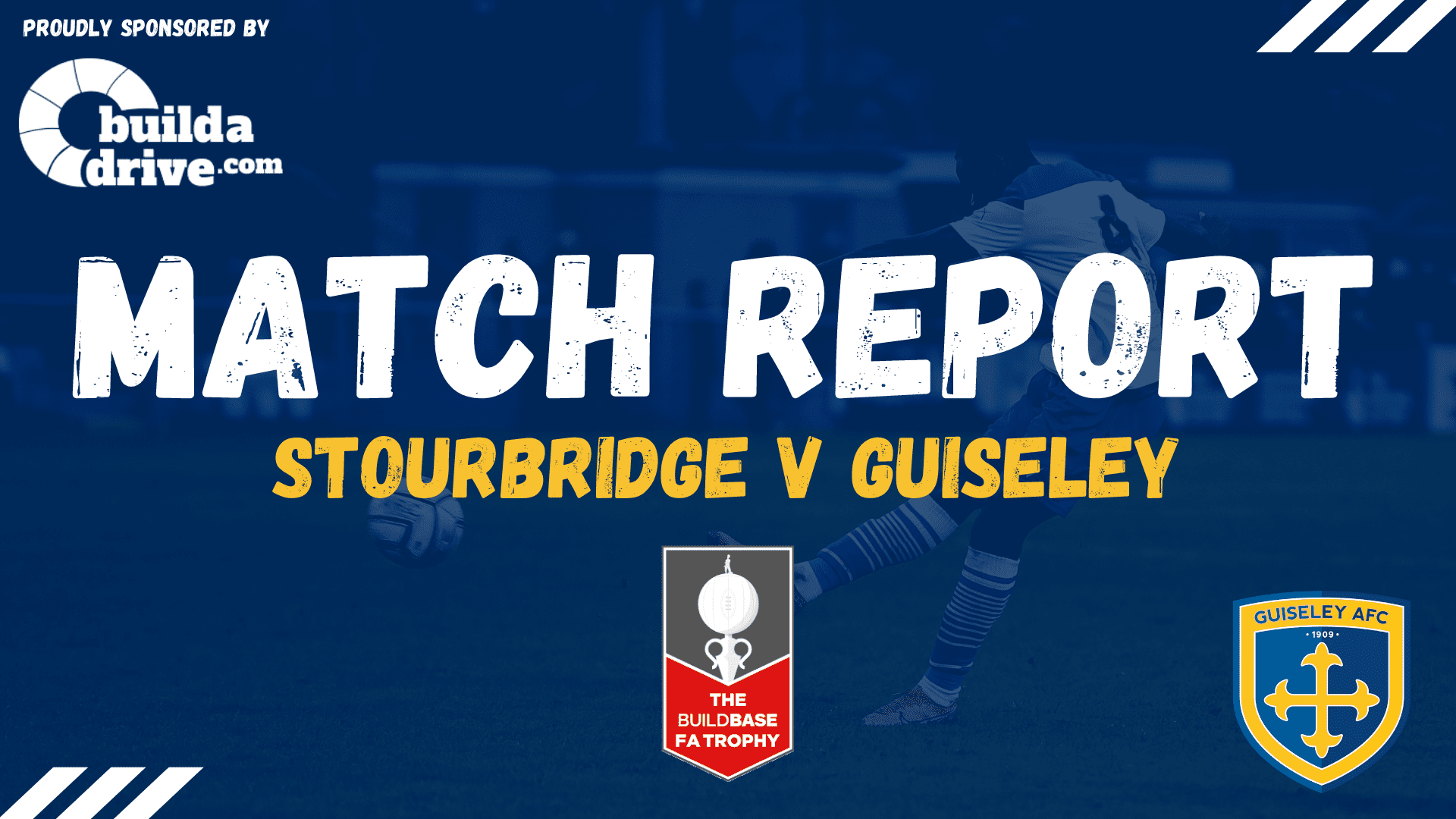 The Lions spurned a host of chances and then failed to convert any of their four penalties to send Stourbridge through to a Fifth Round clash with Solihull Moors on 17 February. Read how the Southern League team from one level below Guiseley triumphed in our match report sponsored by BuildADrive.com.

Guiseley made a couple of to the starting line-up tonight as Andy Kellett and Adam Haw replaced Lebrun Mbeka and Josh Stones who dropped to the bench where they were joined by new signing Dom Tear.

Making a good start the visitors had Stourbridge under early pressure and only a last-ditch interception after Mason had tried to release Jordan Thewlis for a quick counter, prevented them from going in front.

The same player was then took advantage of a defensive mistake but pulled his shot well wide of the target.

Stourbridge gradually grew into the game and having survived the Lions probing had their best spell of the game so far with a couple of dangerous crosses, both of which were dealt with by Andy Hollins.

James McQuilkin also found himself one-on-one with Mason but couldn’t beat the keeper from close range.

Good play from the visitors saw Haw, Brad Nicholson and George Cantrill just fail to get in behind the home defence and the Lions were nearly punished but Reece Styche wasted his chance with the shot going well wide.

Guiseley then had another let-off as defender Jack Wilson then shot straight at Mason with only the keeper to beat.

Guiseley started the second period with Lebrun Mbeka and Jamie Spencer replacing Prince Ekpolo and Ollie Brown and were soon on the front foot as Kellett saw his shot blocked and Regan Hutchinson fired just wide from a narrow angle.

As the momentum continued Thewlis picked out Haw who produced a first time shot which went wide and then after beating two defenders to he couldn’t find a way past Charlie Price in the Stourbridge goal.

Thewlis had an effort blocked and another deflected behind before Price pulled off a superb save to deny Mbeka, the loose ball being cleared off the line.

The lively Thewlis looked to have put in the perfect low cross shortly after, but it was just behind Kellett, and the chance was gone.

At the other end Haw’s last-ditch clearance kept his side in the game and when Thewlis had a go from the edge of the box and Price spilt the shot just before the final whistle there was no one on hand to take advantage.

With both teams failing to find the back of the net during the normal time the game went straight to penalties with Lee Vaughan converting the first one for the home side placing it in the bottom corner.

Thewlis was first up for the Lions only to see his shot saved by Price before Jason Cowley fired over the bar.

Hollings was then the third Lion to see his penalty saved but Styche made up for his earlier miss by converting the home sides fourth penalty and when Spencer’s effort was again saved by Price it was all over for the Lions.

There was however some good news for Guiseley as both AFC Telford United and Bradford Park Avenue lost league games at Gateshead and Southport respectively as the battle at the foot of the table intensifies.