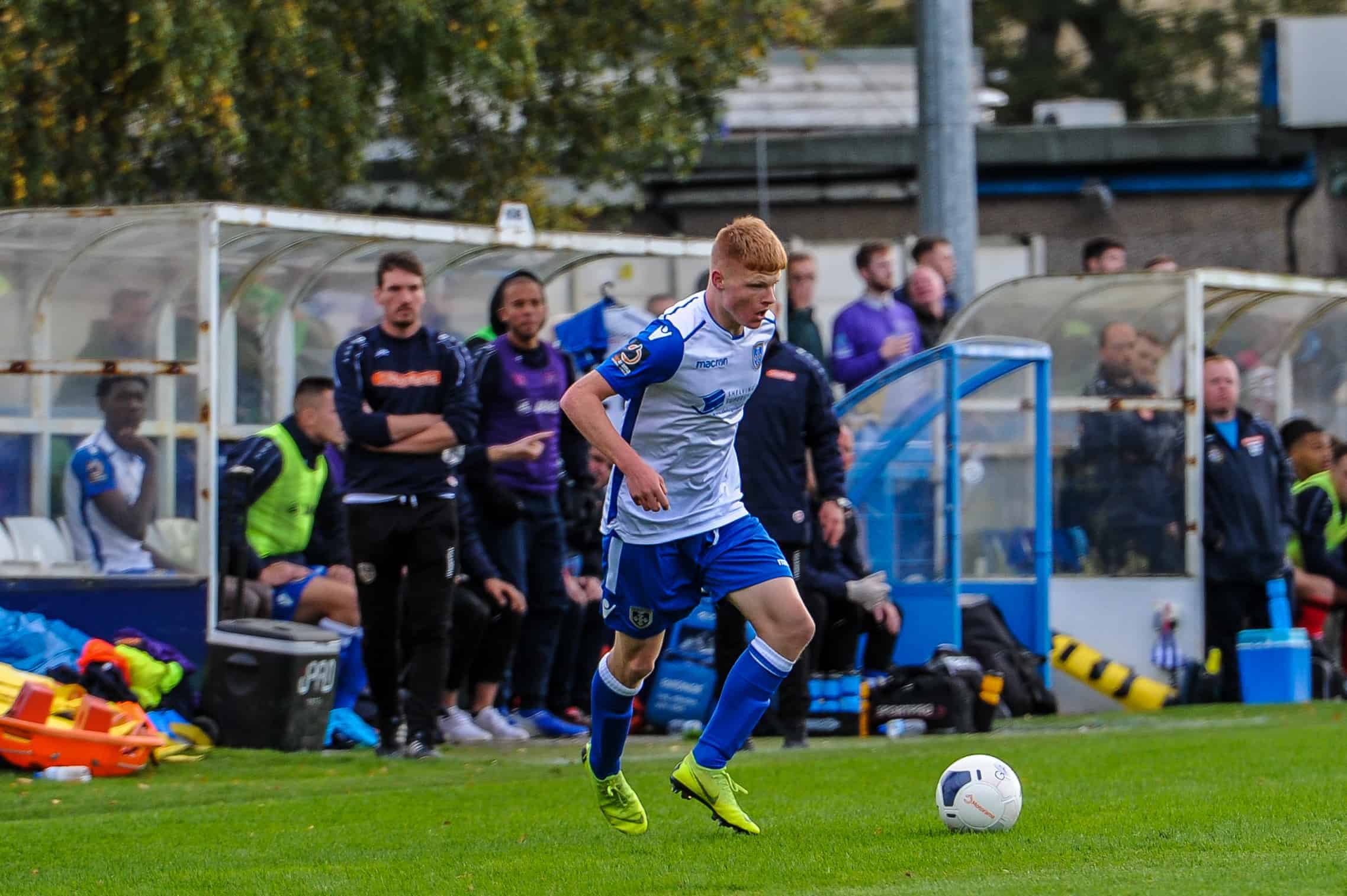 Young defender Nathan Newall will be looking to kick on his footballing career with the club having taken up the option to extend his contract.

The 18 year-old left back made his first team debut in the season past, in the 1-1 draw with Altrincham, and signed a first team contract on his 18th birthday after impressing over the past two seasons with the club’s Academy side.

Newall went on to make three further first team appearances from the bench and towards the end of the season had a loan spell at Ossett United to increase his experience of senior football.

He made 20 appearances for the Academy, scoring five times, as the Young Lions ended the season with the title in their sights before the season was cut short due to the Covid-19 pandemic.

The Baildon teenager joined Guiseley as a 14 year-old in the Centre of Excellence and progressed to the Academy where, in his first season, he made 24 appearances, scoring four goals in the process.

He was recently awarded the Academy Manager’s Player of the Season award with the Head of Academy and Youth Team Manager Dave Currie saying: “Nathan has been a pleasure to work with over the past couple of years in the Academy and has been outstanding at times this season. He has been with the club since 14 years-old and truly is one of our own. He now has to kick on and move from being a Young Lion to a fully-fledged Lion over the next season.”

Joint First Team Manager Russ O’Neill said: “Nathan couldn’t have done any more in his time with the Academy. He had had a taste of first team football lower down the pyramid out on loan and he made his first team debut as well as training with us every week. I’ve told him to come back to training with the mindset that he is a first team player and not an Academy player who has been given a taste of the first team environment. I am really looking forward to hopefully seeing him flourish in this next big step in his development.”