Brad Wade Is Back! 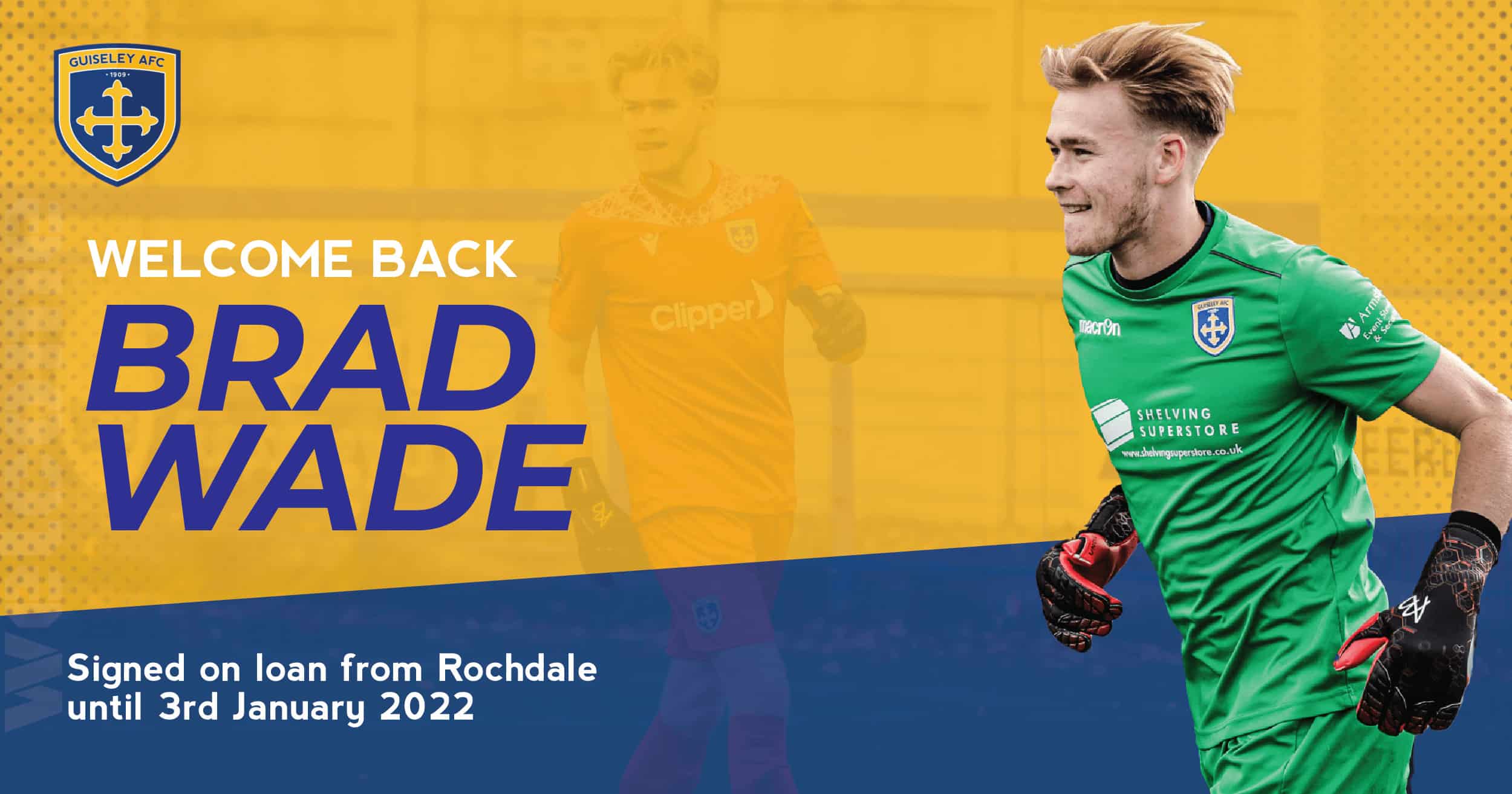 We are delighted to announce the signing of Brad Wade on loan from Rochdale for his third spell with The Lions.

Brad has joined The Lions on loan until 3rd January 2022 and we would like to thank Rochdale for their help in this move.

Luke Jackson has sustained an injury in training and we wish him a speedy recovery after he has featured in our last six fixtures.

Brad, a 21 year-old goalkeeper, has featured on the bench for Dale but is coming to The Lions for regular playing time after making 27 appearances for the club so far in two cut short seasons.

Born in Gloucester Brad was raised in Chorley, Lancashire, and was associated with Manchester United from the age of 10. After a spell with Blackburn Rovers he joined Rochdale at age 16.

Speaking of his first two loans with the club the goalkeeper said “I really enjoyed both spells with Guiseley for different reasons. The first loan was my first real taste of playing men’s football in front of a crowd. The 7/8 games I played before the first lockdown did so much for me in terms of my development as a player. It also gave me a real feeling of what it meant to have a winning mentality and how important each game was.

“The second spell was different as it was all behind closed doors with restrictions in place at training and on match days so it was strange circumstances for everyone involved. I’m really disappointed the season ended up being voided but looking at it from a personal perspective it’s another 20-25 games in the locker.”

Brad is eiligible for this afternoon’s home clash with Chorley.