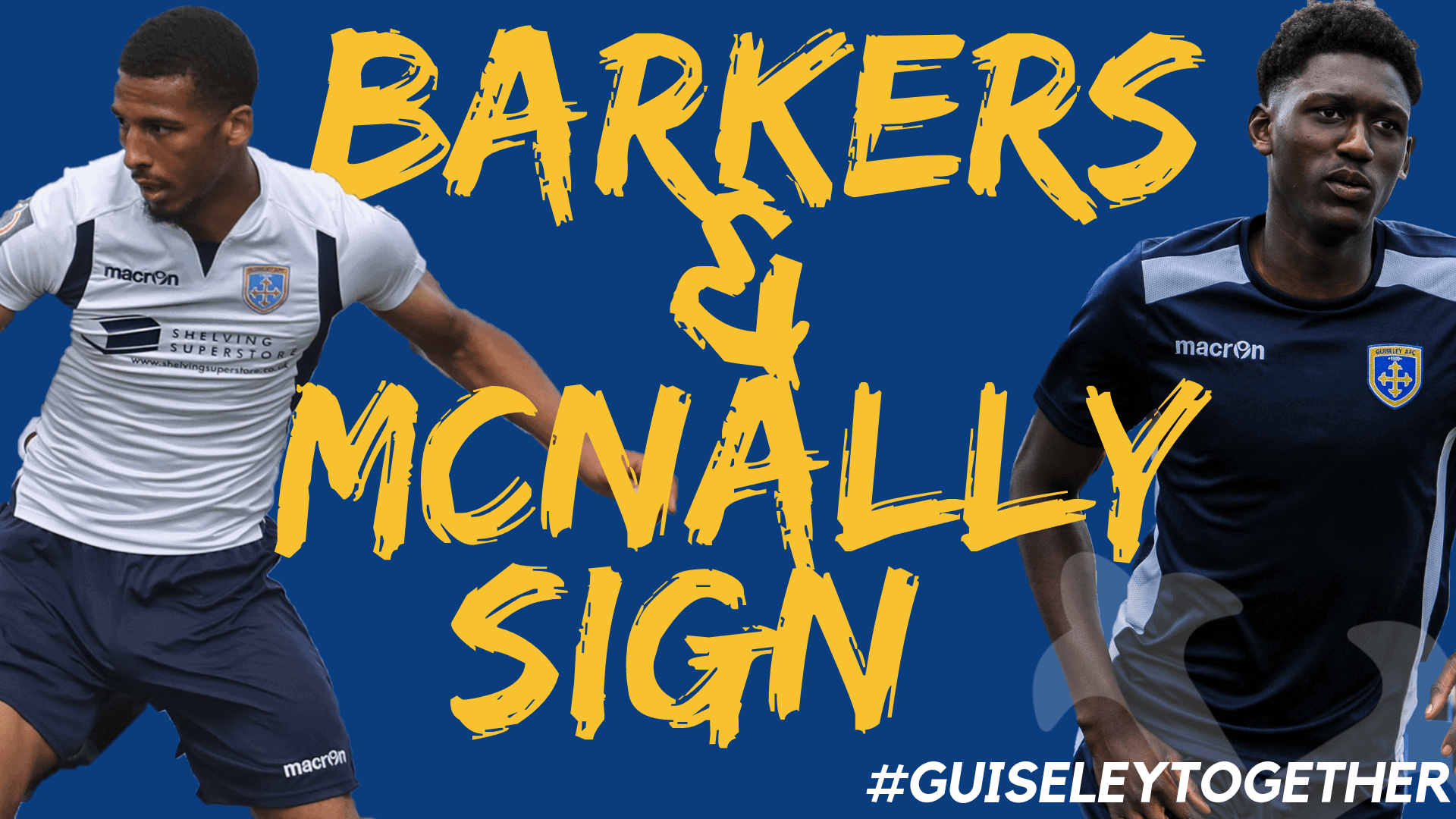 We have dipped into Joint Manager Marcus Bignot’s talented Academy pool at his Full time Football and Education Degree Programme at Solihull College and University Centre to bring two young prospects to Nethermoor on contract.

One, the 6ft 4ins 18 year-old midfielder Dylan Barkers is familiar to Guiseley fans as he was on loan at the club at the back end of last season.

After prospering in Marcus Bignot’s Academy last season he signed a first team contract at Solihull Moors. His spell at Nethermoor drew interest from Premier League clubs which saw him go into Leicester City at the back end of last season.

He is joined at Guiseley by right-back Reiss McNally, who along with Barkers figured in Guiseley’s pre-season friendly against Bradford City. The 18 year-old stands at 6ft 2ins with his main attributes being in his 1 v 1 defending and will add some height, pace and power to the defensive line-up.

Both will remain on their full time football programme and continue to pursue their Degrees in Sport Science at Solihull College and University Centre as well as playing in the Vanarama National League North as Semi Professional Footballers with Guiseley AFC.

Welcome back Dylan and welcome to Guiseley Reiss!

Join Dylan and Reiss at Nethermoor next season with a 19/20 Season Ticket.