Bailey Thompson Signs For The Lions 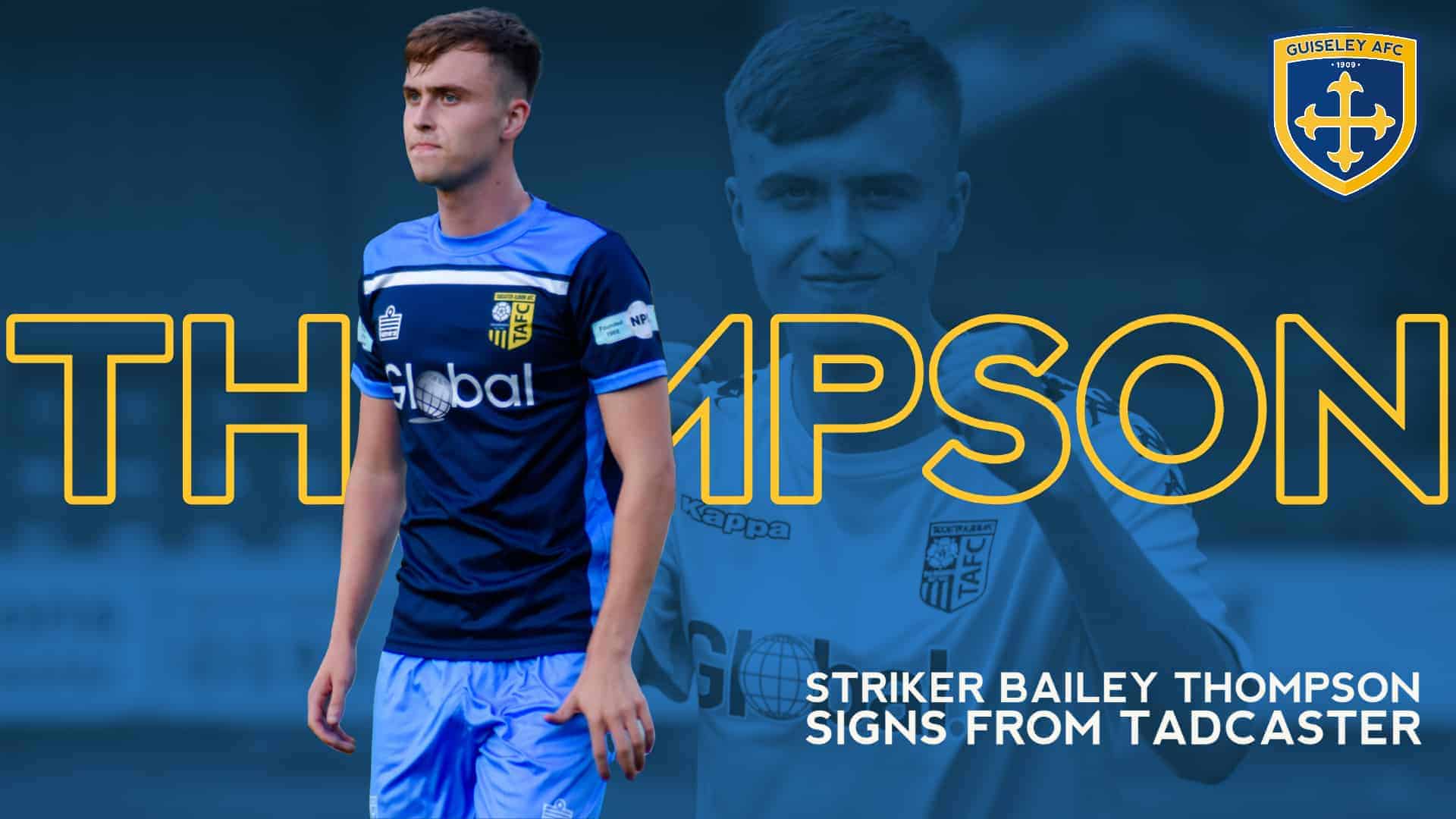 We are delighted to announce the signing of Bailey Thompson from Tadcaster Albion for an undisclosed fee.

The weekend’s snow put an end to young striker Bailey Thompson’s hopes of making his debut for Guiseley in the derby clash against Farsley Celtic today writes Rachel O’Connor.

Bailey, 19, signed for The Lions from Tadcaster Albion after scoring eight goals in 12 appearances for them after joining from Tranmere Rovers in the summer.

The youngster from Rossendale in Lancashire has a good youth pedigree having been involved with the Academy set ups at Manchester United, Accrington Stanley, Bury and Blackburn Rovers before getting a chance with Everton.

That was short-lived as Tranmere came in for him with a scholarship and then gave him his first pro contract. Bailey spent four years at Tranmere but with a squad ladened with very experienced players he found opportunities scarce, although he was in and around the first team. Most of his appearances came off the bench.

The 6ft 4ins striker is looking forward to progressing under the tutelage of Marcus Bignot and Russ O’Neill at Guiseley. He said: “I know Guiseley like to push young players through and progress them and I am looking forward to that. Tranmere were a very good club but chances were limited for me and due to Covid they had to off load players. I am just eager to be back playing as the last time I had a game for Tadcaster was a friendly before Christmas.”

O’Neill said of the new signing: “Bailey fits our profile perfectly, he is young and hungry with bags of potential. He has adapted really well so far to non league football with lots of goals in a short space of time at Tadcaster. He has got all the attributes to become a real asset to our club and we look forward to watching him develop.”

Bailey’s home, away and training kits are available to sponsor, please fill out the below form for more information.

Included in this package is a players shirt at the end of the season, a signed photo of the player, an announcement on our social media platforms thanking you for the sponsorship and a listing in the programme and on the website.

Sponsor a player today and you will receive the following benefits:

To sponsor a first team or academy player, contact us on admin@guiseleyafc.co.uk or fill out the form below: