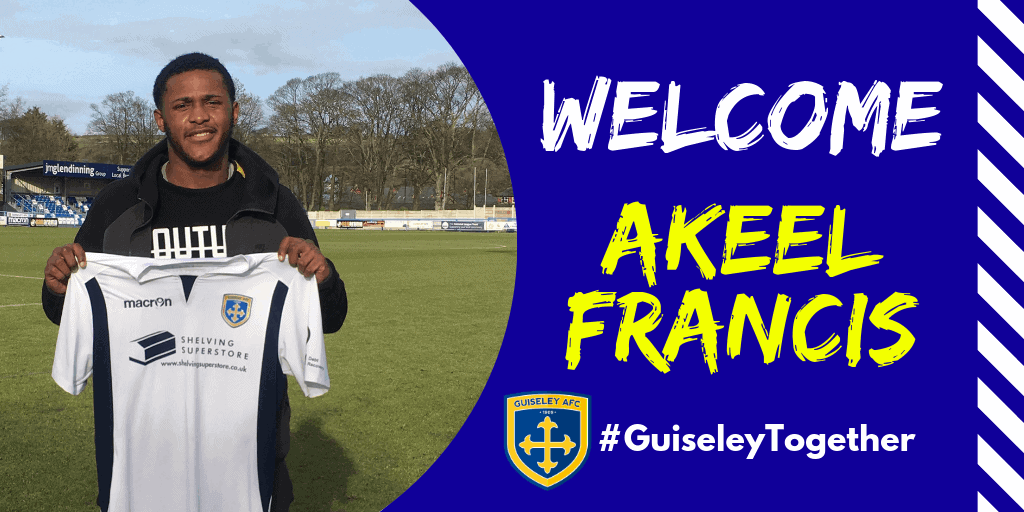 Having joined Rotherham United as an eight year-old Akeel progressed through The Millers’ ranks but did not make a first team appearance.

Francis had a loan spell at North Ferriby before leaving Rotherham to join Accrington in January 2018.

He has had periods in the current season at Wrexham and Rochdale.

The striker is eligible to feature in today’s fixture at FC United of Manchester.