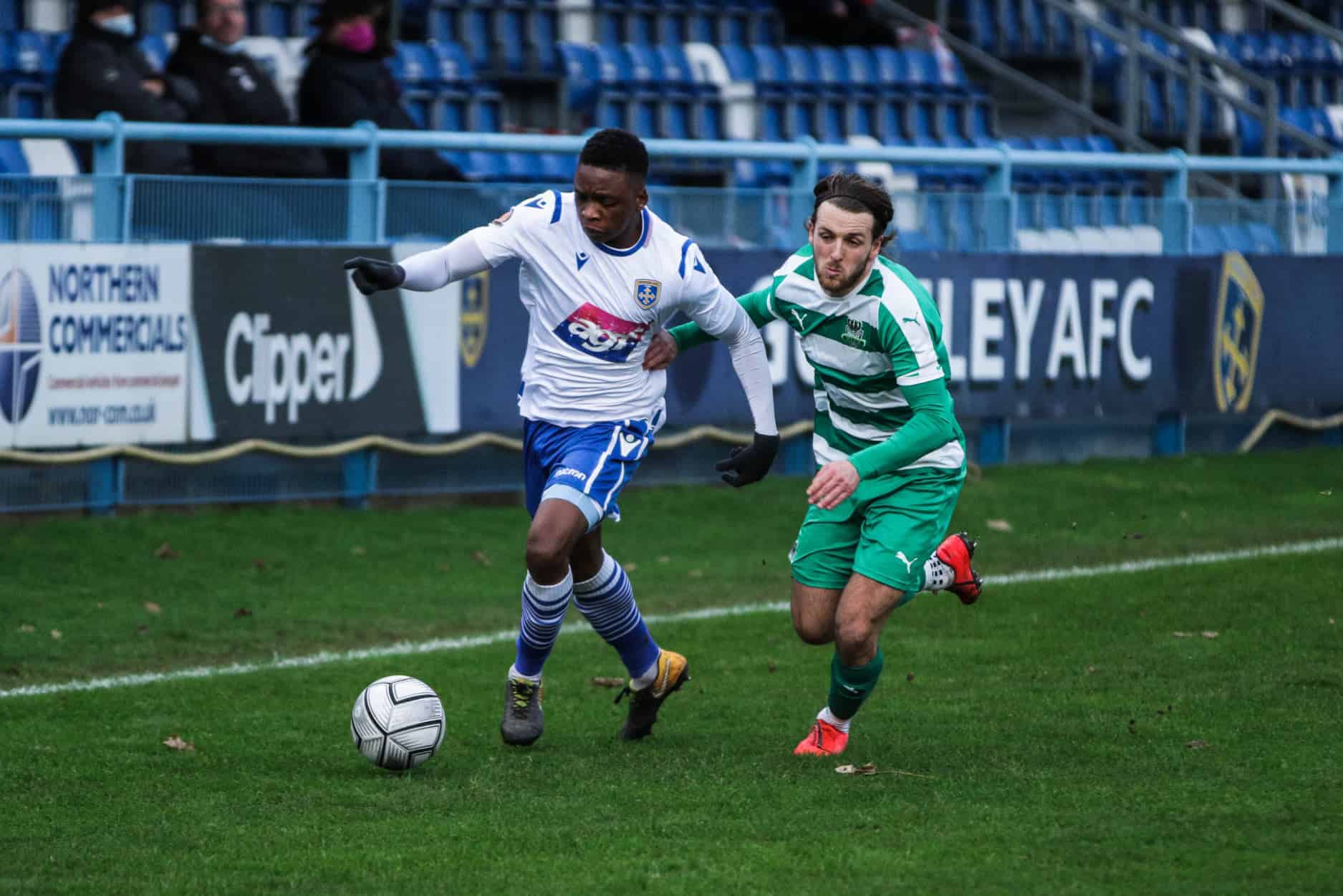 The Lions are looking for a quick return to winning ways with a trip to Farsley Celtic tomorrow, Joe Priestley previews the fixture.

For only the second time in 2021, The Lions are on the road and readying up for a fixture. A fixture that has proven to be a rather tough test for Guiseley. The local West Yorkshire derby against Farsley. Farsley are looking to build on a very respectable first season in the Vanarama National League North and perhaps push towards the top seven. The Lions are looking to pick up more points to help cement their Vanarama National League North status. The Lions are looking to collect their first points of 2021, and so are the hosts who came away from the reverse at Nethermoor on Boxing Day the more aggrieved of the two sides, having thought they could’ve stolen it at the death.

The Lions
For The Lions Andy Kellett, amongst others, is on the absentee list. Brad Nicholson is also a doubt, Matty Gillam is returning to full fitness and could offer a new dimension to the Guiseley attack after getting some minutes at Chester. There are no other fresh concerns for Guiseley, though the continued absence of Prince Ekpolo is a blow for The Lions. Kaine Felix came close to opening his account for the year at the Deva last time out and will be hoping to net on Saturday. John Lufudu impressed on Tuesday, and Adam Haw has become a keen fan favourite since his promotion from the academy, nothing would cement this story more than scoring in a local derby.

Farsley Celtic
If nothing else, the hosts are going to be well rested. The Celts haven’t played yet this year and this long break has given them time to reflect on a disappointing home thrashing at the hands of Boston United on the 28th December. Make no mistakes, repeating that feat is unlikely, Will Hayhurst came close to a hat trick at Nethermoor and will pose a threat, as will danger man Jake Charles. Steven Drench is a well-known and experienced goalkeeper who traded world class saves with Brad Wade on Boxing Day. Jimmy Spencer could cause the Guiseley defence problems also.