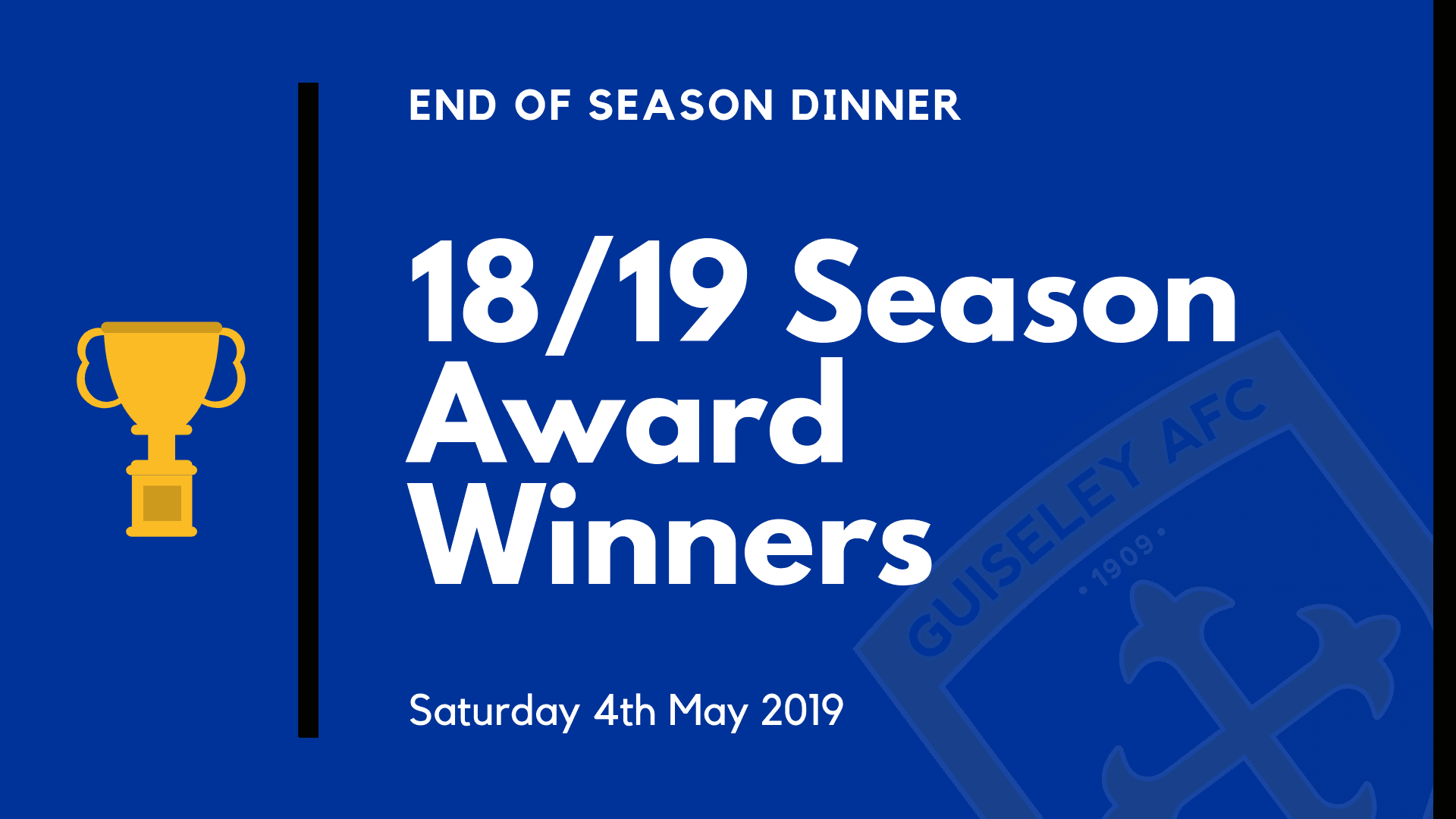 The End of Season Dinner took place at Otley Golf Club on Saturday where various awards were presented to the First Team, Academy and Volunteers.

Club Chairman Gary Douglas also spoke thanking the management team for steering the club through a difficult season. He also thanked the club’s supporters and volunteers for all their support and help outlining how valuable both were to a club like Guiseley.

He made a presentation to Susan Clapham to thank her for organising the evening.

Players from both the league winning Academy side and the First Team were in attendance and all enjoyed a great evening to end the season.

The tables were once again set so that First Team players sat alongside the supporters – a touch which is much appreciated.

Former Academy player Josh Snowden, who assists in managing, coaching and administering within the Academy’s Centre of Excellence, was awarded the Michael Hill Young Achiever of the Year

The Freda Collinson Rose Bowl, Volunteer of the Year award was presented to Dave Robertson for his role as matchday announcer, whilst also working the scoreboard and covering games as a commentator on Guiseley Radio. He has also produced highlights packages and other videos for the club’s YouTube channel this season.

Will Thornton received the first ever first team Young Player of the Season Award and he thanked his teammates, the management team, the supporters and everyone at the club who has played a part in his breakthrough season.

Other awards presented were:

The Guiseley AFC Vixens awards are to be presented at a later date as their season is not yet finalised.

To cap off a good evening, £341 was raised from a raffle, for which all prizes were donated and the auction of a signed FA Cup football and shirt. AVSED, the club’s nominated charity this season, will benefit.